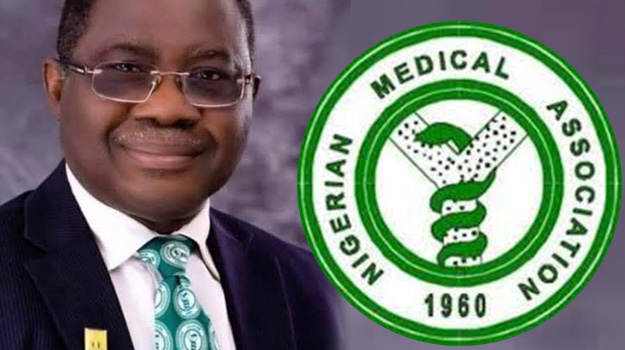 The national executive of the Nigerian medical association (NMA) today pay a curtsy visit to the University of Jos. receiving the President of NMA, professor Innocent Ujah, the Vice-Chancellor describes it as a homecoming for the president of NMA who is also a resident professor of medicine in the university.

The President of NMA and the pioneer Vice-Chancellor of the Federal University of medical sciences Otukpo-Benue State, says the Leadership of NMA are in Jos for its 61st Annual General Conference (AGC)/Delegate Meeting (DM), and the leadership decided to visit the prestigious University of Jos, as a matter of courtesy as the University has a pride of place among many members of NMA

The NMA president appreciates the Professor Maimako led administration for granting the approval of a college of Medical Sciences. Again, the president of NMA advocates strongly for the production of a locally made vaccine and also to complement government efforts towards achieving universal health coverage as set by the millennium development goals

“Nigerian doctors are very committed, many in the University of Jos are involved in teaching, research and clinical service and we intend to use our expertise to complement the effort of the government hence, we are in Jos for the first time to discuss how we are going to step up to our responsibilities’ Prof. Ujah added