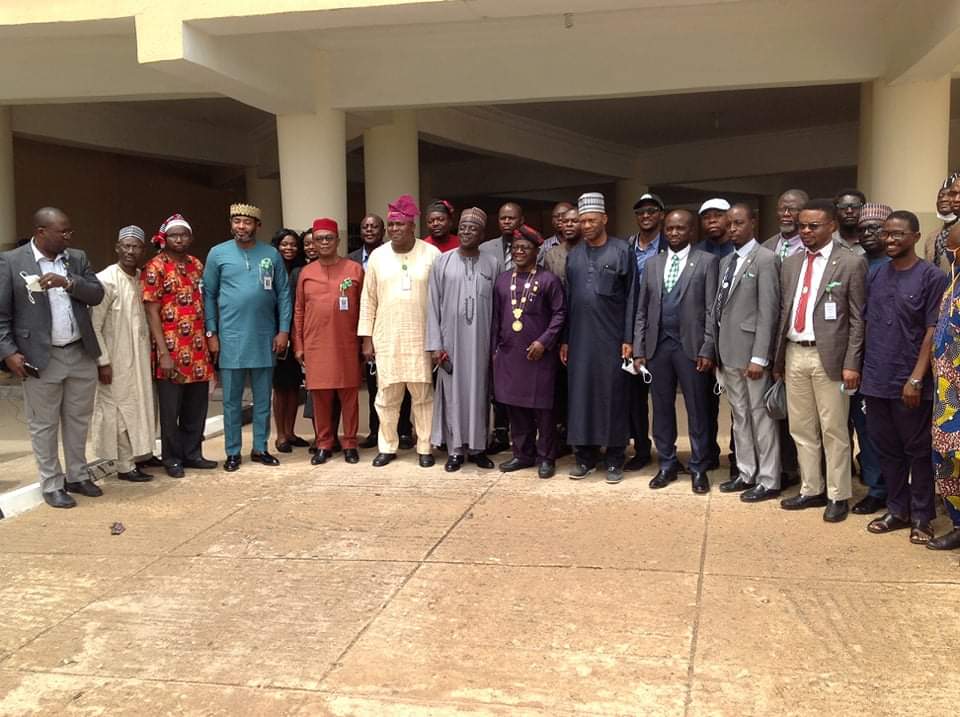 The Nigerian Medical Association (NMA) has rated the University of Jos, Plateau State high in terms of infrastructural development.

The NMA President, Prof. Innocent O. A. Ujah, mni who is the Pioneer Vice Chancellor Federal University of Health Science Otukpo Benue State gave the commendation when the National Officers’ Committee (NOC) of NMA paid the Management of University of Jos courtesy visit.

Prof. Ujah lauded the tremendous developmental strides of the Vice Chancellor which has immensely transformed the Institution.
He said the Vice Chancellor has demonstrated sufficient leadership capacity.
He further stated that the University has produce great personalities who are adding great value to the Nation.

The NMA President hinted that Nigerian Doctors are in Jos, Plateau State for the 2021 61st Annual General Conference/Delegates’ Meeting which is the first ever to be hosted in the State.

He said NMA will give government the needed support to succeed in its health agenda.

He commended the institution for approving the College of Medical Sciences.

Prof. Sabastine Seddi Maimako, the Vice Chancellor of University of Jos appreciated the delegation for the visit which he described as home coming to the NMA President.

He lauded the President for his effort towards human capital development through strategic mentorship especially training and raising medical professionals who are adding value to humanity and the Nation.

He urged NMA to make sure the conference address substantially issues of healthcare service delivery and come up with sound recommendations that government can utilize to better the health sector.

A Townhall Meeting with the theme “Revamping Local Vaccine Production: the way forward ” was held at Crest Hotel Jos, where the breakthroughs recorded in local vaccine production and impediments facing same were discussed and workable recommendations made.