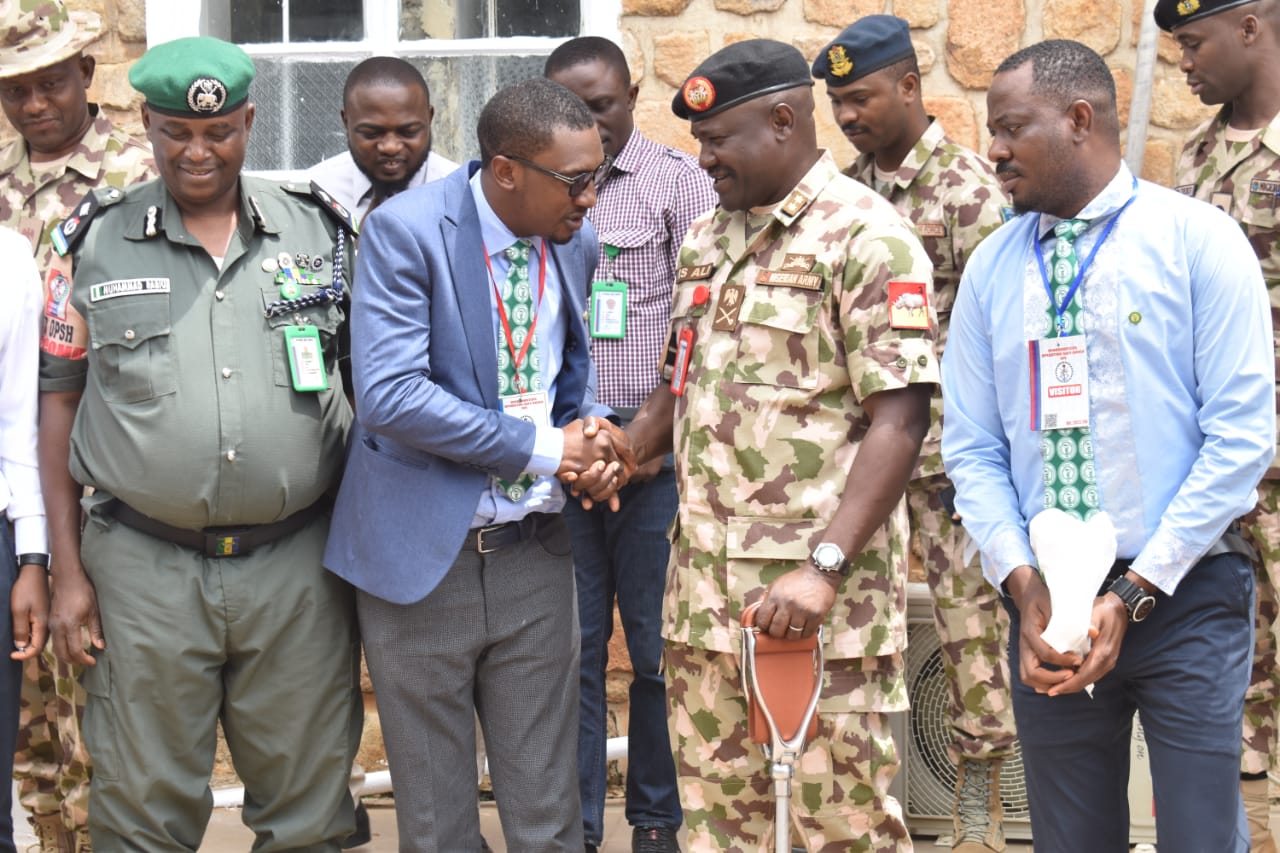 The Nigerian Medical Association (NMA) Plateau state branch has commended the Special Task Force Operation SAFE HAVEN (OPSH) for improving the security situation in Plateau state. Speaking during a courtesy visit to Headquarters OPSH in Jos today 10 August 2022, the Chairman NMA Plateau state, Dr Bapiga’an William Audu expressed delight at the rate at which attacks have been subdued due to concerted and relentless efforts put by OPSH.

The chairman who was recently sworn-in, said the executive members of the association would open new frontier of collaboration with OPSH to consolidate on the peaceful atmosphere being enjoyed in the State.

Dr Audu stated that members of the Nigerian Medical Association does not discriminate in the discharge of their duties, among which is to provide healthcare services to the people. He further noted that a peaceful environment if achieved would ease off their workload and improve work efficiency.

In his response, the Commander OPSH and GOC, 3 Division Nigerian Army (NA), Major General Ibrahim Ali, described the medical profession as one which is populated with highly dedicated men and women. The commander noted with thanks their services to save human lives both in peace and war times.

General Ali further appreciated members of the Nigerian Medical Association for always availing themselves to attend to victims especially during crisis. He urged the association to work in collaboration with security agencies and report strange occurrences.

Climax of the event was the exchange of souvenirs and a group photograph.