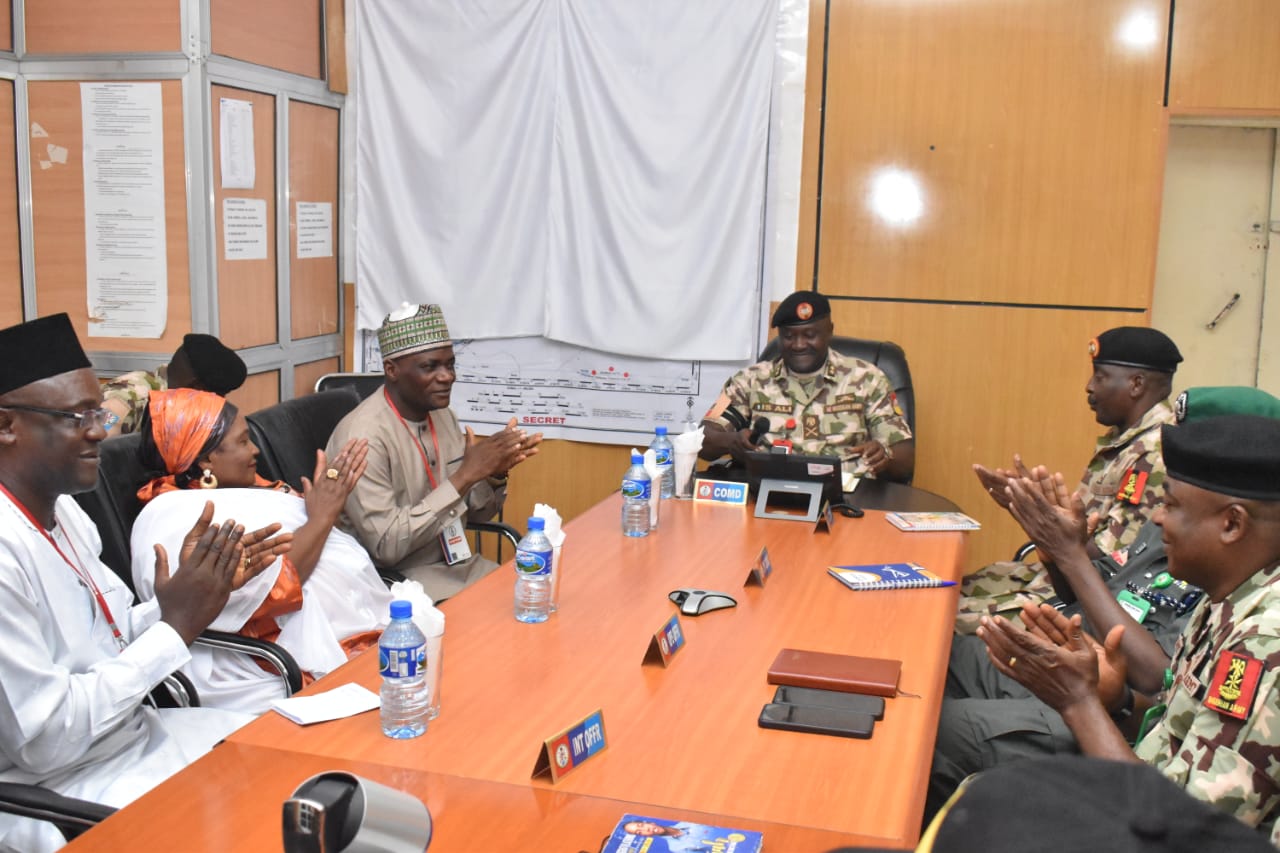 Major General Ali said objective and balanced reportage has recently helped to achieve peace and unity on the plateau and other areas covered by OPSH. While congratulating the new director on her recent appointment, the commander urged for continued employment of media tools to advance the course of peaceful coexistence in society.

Speaking earlier, the Outgoing Zonal Director, Mr Peter Ochigbo said NTA, Jos network center has enjoyed good friendship of OPSH during his tenure. He solicited for the same relationship to be extended to his successor. He further revealed that, he will be proceeding on retirement after a successful career with NTA.

The Outgoing and the incoming Zonal Directors were accompanied on the visit by the Assistant Director News NTA Jos Network Center, Mr Mark Agagu.