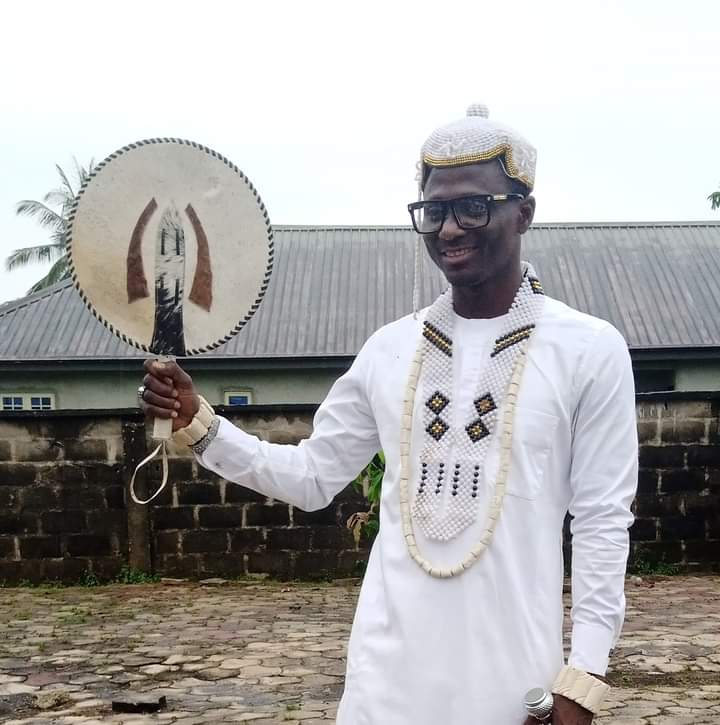 Leader of the South Wing Movement for the Emancipation of the Niger Delta (MEND) and the Chairman of the Niger Delta Agitators Leadership Forum, HRH (Dr) Selky Kile who is popularly known as “General Young Shall Grow” has called on the people of the Niger Delta to put its house in order and ensure they do the right things if they are to succeed, be prosperous and overcome the challenges that have brought endless underdevelopment to the region.

He decried issues that have created setbacks to the progressive agitations of the region which is focused on the emancipation of the Niger Delta people for equity and justice within the Nigerian State.

He decried how the agency, Niger Delta Development Commission (NDDC) as well as the Presidential Amnesty Programme which were established to ameliorate the problems of the region has not achieve reasonable outcome and frowned at the inability to constitute the management of the Board.

He said it is nerve breaking that aside the persistent problems of underdevelopment, lack of social welfare, security and functional basic social amenities in the region, such problems now pervades even the agencies and ministries created to solve the aforementioned problems (Such as the Niger Delta Development Commission (NDDC) and the Presidential Amnesty programme).

NIGER DELTA MUST PUT ITS HOUSE IN ORDER AND STRIVE TO DO THE RIGHT THING: BEING A PRESS TEXT ISSUED BY THE NIGER DELTA AGITATORS FORUM ON THURSDAY 16TH SEPTEMBER 2021 IN YENAGOA, BEYELSA STATE

However, it is quite nerve breaking that aside the persistent problems of underdevelopment, lack of social welfare, security and functional basic social amenities in the region, such problems now pervades even the agencies and ministries created to solve the aforementioned problems (Such as the Niger Delta Development Commission (NDDC) and the Presidential Amnesty programme).

When the problem solving avenues are themselves laddered with issues of corruption and whose nature is the lack of political and social will to effectively manage it’s own affairs properly so as to be properly positioned to deliver on the needs of the people, then anarchy is expected in the land. This anarchy and tempestuous situation is what we the leaders should double our efforts to arrest and bring under control.

On the issues of the Niger Delta Development Commission (NDDC) which over the years has not had a substantive management board but rather been under one interim this and interim that, unto a Sole Administrator. All these have caused so much instability in the NDDC as well as the Niger Delta region, it has made accountability nearly unascertainable and impracticable.

We are told that a forensic audit has been initiated and ongoing and that after this, there will be series of actions taken to hold those found wanting accountable and then the substantive management board which has been subject of many battles will finally be appointed and inaugurated but here we are without any substantive Board or any attempt of such development even after the forensic audit has been concluded, submitted and published.

These acts of insincerity are pushing the confidence of the people far from the administration of President Muhammadu Buhari and this has to come to an end to ensure stability and meaningful development in the Niger Delta region.
As leaders and stakeholders of the region, it is imperative that we pull ourselves together in order to decide the way forward; we must not allow bad politics to induce bad blood within the region because a situation where the intelligence and sensibilities of the people are not taken into consideration can generate tensions and cause crisis.

You cannot tell the people one thing and do another thing, this shouldn’t be about political affiliation but a conscious effort to set things in the right part. We cannot afford to have agencies that are not administered inline with the acts that created them. Its more like arm-twisting our people and being less concerned as to how they feel about it. This will make the current APC Administration unpopular in the region. Therefore, it is necessary for those in authority to set aside every personal interest at this juncture and pursue the genuine interest of the People in all ramifications.

On the issues of the Amnesty programme, observing that we have similar situation bedeviling the Amnesty Program of which there had been no substantive Special Adviser to the President on Niger Delta Affairs and Coordinator of the Presidential Amnesty Office. While the reality on ground is that an Interim Administrator was appointed for a year now, the next option remains vague.

Besides this, there are series of issues in the Office revealing a lot of improper handling of the administration of the Office by successive Special Advisers and Coordinators by the erstwhile Interim Management Committee (IMC) set up by the National Security Adviser Major-General Mongono Rtd indicting these past leaders of the program.
However, the way forward remains largely unclear on how the master plan of the Amnesty Programme will be actualised.
We have been observing the current activities of the Interim Administration led by Col. Dikio who is determined to reposition the Amnesty Programme to execute its mandate and to expose all those found wanting of embezzling the fund of the programme.

Recently there were reported publications of names of camp leaders on the print media and social media exposing the fraudulent activities relating to the payment of bulk stipends to camp leaders, short-changing and non-payment of beneficiaries. We support the system to bring about sanity and equitable distribution of money being paid to camp leaders for the subsequent distribution to their boys. But then this process should be executed with a round table dialogue between the beneficiaries and the camp Leaders including representatives of the amnesty office before such publications. Let the right thing be done through the right process. This process should not be an avenue to victimise or ridicule public glare, genuine camp leaders that have payment agreements with their boys.

However, let it be on record that since inception of the amnesty programme, the office has not made any provision to take care of the camp Leaders (Generals). We were begged and promised heaven and earth to accept amnesty, but after accepting the Presidential Amnesty, non of the promises of the Federal Government to the Camp Leaders has been implemented. For example, no monthly salary, no house allowance for Camp Leaders and their boys, no social security package for the various camps, no strategic basic infrastructure in any of the communities of the Camp Leaders or any impact on communities etc.

Ordinarily, it is totally unacceptable that, some camp leaders who without the fear of God or humanity, will stop paying some of their boys and change their names by replacing same with different names. Although, there are cases of bush names and real names. The issue of Bush names and real names should be properly addressed by inviting the said Camp Leaders and their boys to the office for onward solutions.

Further more, we have received complaints of militarisation of the Amnesty office by the Interim Administrator, we have been reliably informed that, a serving military personnel has been appointed as the Head of data and Head of Peace building of the Amnesty Program while also infusing the military into other sensitive offices. Such developments is not welcome by the direct beneficiaries of the programme, who view such as a calculated attempt to intimidate and oppress their people. We have qualified amnesty beneficiaries that can fit in well and excel in those positions.

The Presidency should also revisit the earlier agreement which the Federal Government had with the Leadership of MEND (agitators) in order to resolve some lingering issues which has adversely affected the smooth functioning of the Amnesty Program. The Federal Government’s refusal to revisit the Master Plan of the Program has in part made things difficult in the running of the Office and Program. The Office as well as the Program needs a substantive Special Adviser and Coordinator who will have access to the President in order to proffer first hand solutions and give a more sense of belonging to the Niger Delta People.

If the President wishes to translate Col. Milland Dikio as the substantive Special Adviser and Coordinator then it should make that determination instead of keeping the region in suspense. The Presidency should also look at the agreed entitlement of the Agitators Leadership in order to squarely resolve the issues of shortchange and none payment of Agitators . Again, the issue of ghost names should be squarely addressed and sanctions should apply strictly to serve as deterrent to those committing such havoc.

For more than three years now, there has been no offshore education program that has benefited the various camps whereas, we have heard of some secret offshore education training ongoing to the exclusion of Camp Leaderships to benefit the powers that be and those who are neither from the region nor were they captured in the program yet no heads have rolled for many months now. Such cover-ups are parts of the issues dragging down the Program.

Finally, insinuations to end the Amnesty Program should not be hinted anywhere because the original master plan is yet to be actualized and besides the Program is far less expensive.
Aside the 13% derivation, the funding of the Niger Delta Development Commission (NDDC) of which the Amnesty Program affiliates is less than 1% of the total oil and gas profit accruing to the Nigerian State from the Niger Delta, why would any reasonable person be uncomfortable with the continuation of the Amnesty Program which is a security intervention program even if it last forever?

Those uncomfortable with the funding and running of the Amnesty Program should know that the Federal Government’s confiscation and control of the oil and gas of the Niger Delta region was not part of the original plan of Nigeria and as such should be careful and mind their business. What we should pursue is peace, understanding, unity, the development, wellbeing and stability  of the Niger Delta region and the Nigerian nation.

We should make frantic efforts to achieve a situation where all agencies, ministries and parastatals including institutions of Government will function properly and ensure quality service delivery to the people across all regions. People should learn to ensure that what is due to a people is given to them and should be comfortable with it because that is the basis of equity, equality and justice without which there will be chaos and crisis, we believe we all don’t need the later to prevail in our society.