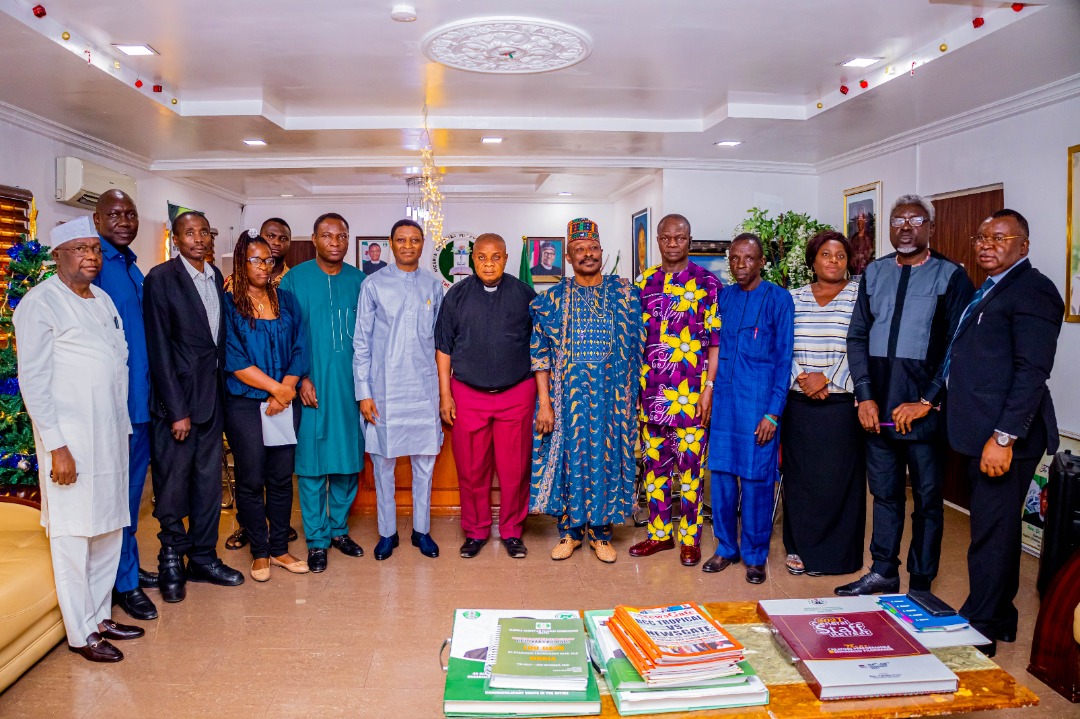 The Executive Secretary Nigerian Christian Pilgrim Commission, NCPC Rev. Dr. Yakubu Pam has urged Religious Leaders to build unity in Nigeria. He made this call while receiving the newly elected executives of the FCT Christian Association of Nigeria (CAN) who paid him a courtesy visit in his office at the NCPC Corporate Headquarters on 17th January 2022.

Rev. Pam showed optimism and high hopes that the FCT CAN is moving with great speed, he congratulated the newly elected leadership fir their emergence as CAN Executives in FCT. In his words, “I believe you will do better”. He admonished them to emulate the goodwill and steps of the past leaders of the association while also urging them to use their good offices to build a formidable Nigeria where citizens can proudly call their home.

The NCPC Chief Executive further stated; “it is a known fact that for you to have a good name you start from your own local environment, CAN has been building on the walls of our founding fathers. Religion can build or mar a Nation.”

The Apostle of peace also called on religious leaders to shun falsehood but instead be genuine in their works and deeds, he further charged them to use their platforms for positive things as many look up to them with high hopes.

Earlier the newly elected Chairman of the FCT CAN, Rev. Timothy Amakom, in his speech lauded the Executive Secretary for what he described as being a quintessential leader, a reconciliatory par excellence, a teacher and a consummate administrator who advocates for peace and a detribalized Nigeria.

Rev. Amakom encouraged the NCPC Boss to remain a strong pillar and motivator who brings positive changes. He commended his zeal in peace keeping all over the country. He affirmed that the FCT CAN would not relent in giving its support to ideas that project good image of CAN by drawing men closer to God.

He equally cashed in the opportunity to inform the Executive Secretary of their forthcoming One Week Prayer for Unity which is scheduled to hold on Sunday 22nd January – Sunday 29th January, 2023. He appealed for support from the Commission for a better administration.