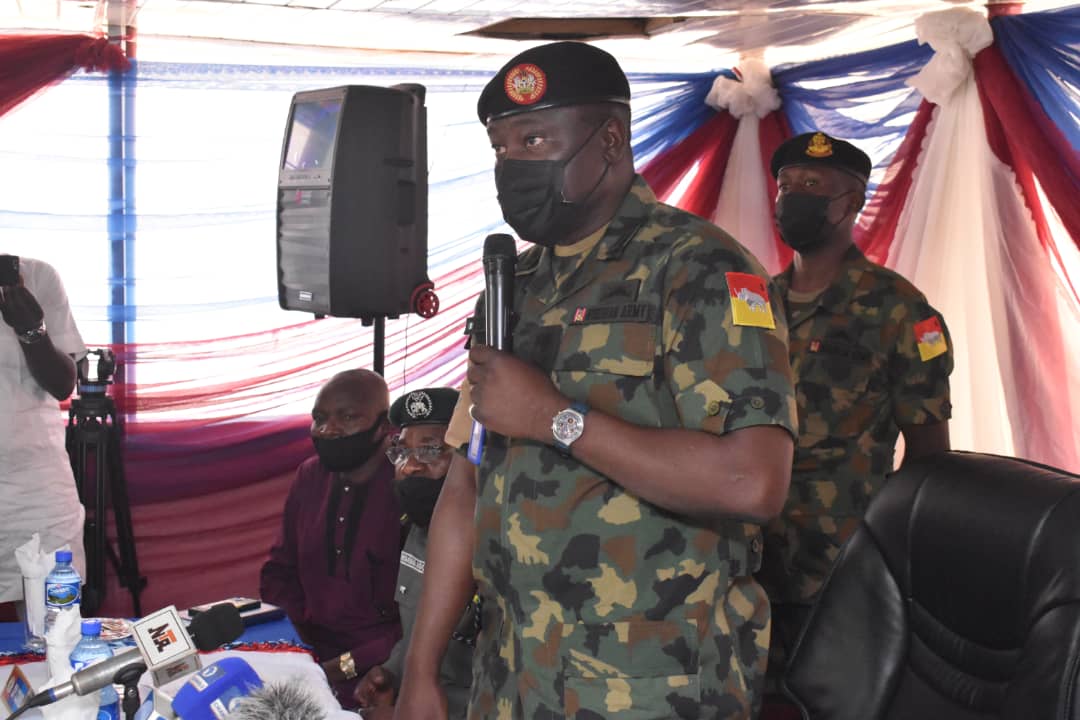 In its commitment to tackle the insecurity and restore peace in its Joint Operation Area, the Operation Safe Haven (OPSH) under the leadership of Maj. Gen. Ibrahim Ali has set up a Joint Peace Committee to help marshal ways of achieving greater peace in Plateau State.

In his remarks during the inauguration, Maj. Gen. Ibrahim Ali who is also the General Officer Commanding (GOC) 3 Armoured Division Maxwell Khobe Cantonment Rukuba Barracks Plateau State said the committee was set up to find lasting solutions to the insecurity bedeviling the State.
He charged members of the committee who he said were carefully selected based on their track records to discard partiality, be neutral, display honesty and avoid sentiments and compromise to achieve the reason for setting up the Committee.

He disclosed that the members who were drawn from ethnic communities in Bassa, Jos North and South LGAs have the background knowledge of the conflict and hopes their experience in communal conflict resolution would assist in fast-tracking the restoration of peace on the Plateau. Maj Gen Ali stressed that sustainable peace can only be achieved through alternative dispute resolution mechanism by all parties to the conflict.

The Commander noted that the Committee was created as part of the non-kinetic approach of Operation SAFE HAVEN to peace building in the state. He added that the committee would assist in making recommendations that will help OPSH and Plateau State Government in finding lasting solution to the incessant conflict among various ethnic groups of Irigwe, Fulani, Hausa, Bache, Dong, Gyel and Anaguta. “…It is hoped that the outcome of this committee will contribute immensely to the peace building efforts in the targeted communities with a view to returning Plateau state to the path of peace and sustainable development” he said.

The Committee according to Maj Gen Ibrahim Ali, would identify the root causes of the crises in Bassa, Jos North and Jos South local government areas and recommend implementable strategies that would lead to sustainable peace on the Plateau.

Thanking the Commander for the confidence reposed on the Committee, the Chairman of the committee, Prince Robert Rigwe Ashi gave the assurance that the committee would discharge its duties diligently devoid of sentiment and solicited for the support of community leaders to achieve their mandate.

Also speaking on behalf of Traditional Rulers, the District Head of Dong, Ada Gwom Kaze Inyam appreciated the Commander for the initiative and urged the leaders of Irigwe, Fulani, Hausa, Bache, Dong, Gyel and Anaguta communities to support the Committee to succeed in its assignment.

The Committee has two weeks to submit its report.