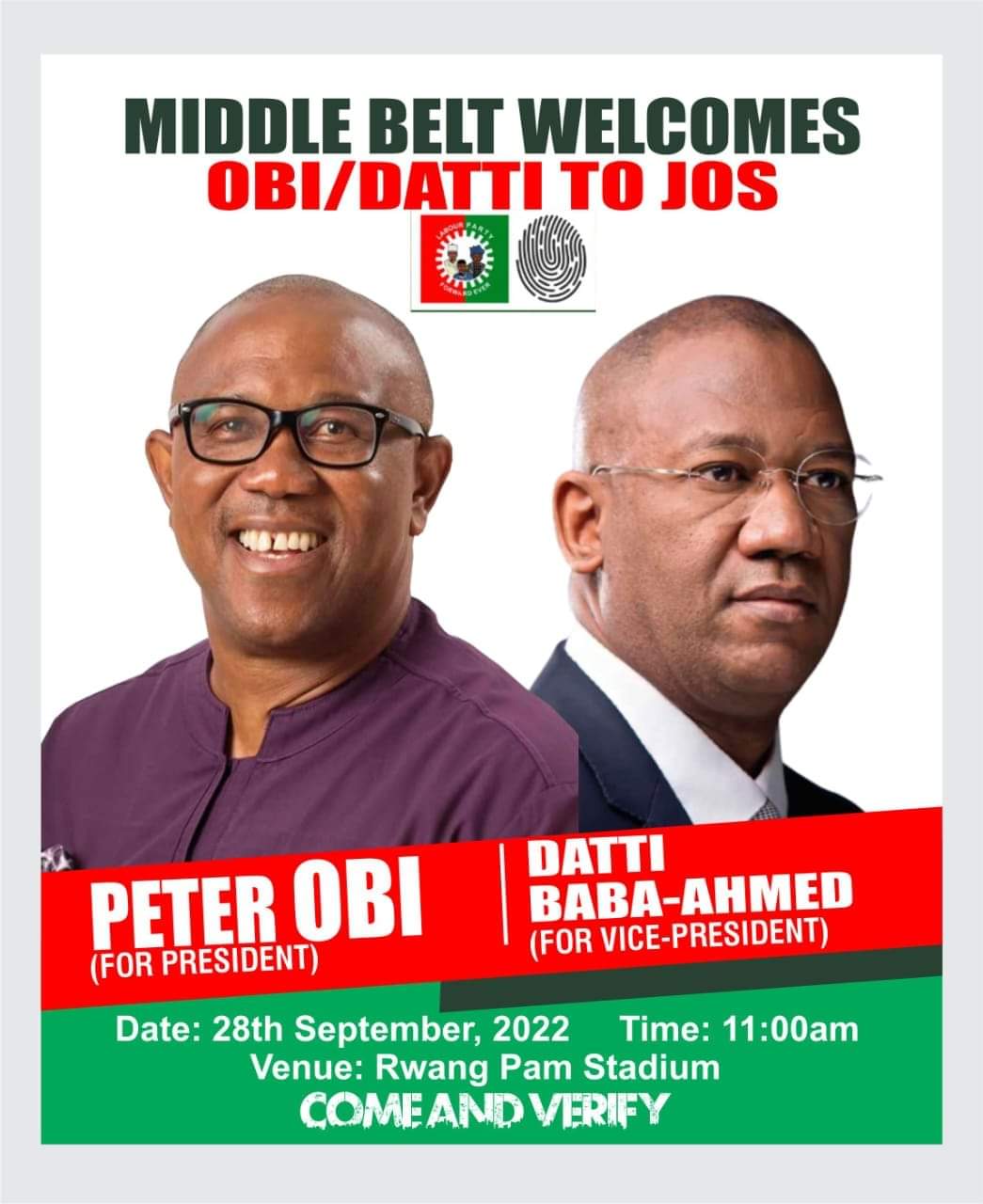 The middle Belt Forum under the leadership of Dr Bitrus Pogu has announced that they will be hosting the presidential candidate of the Labour Party, Peter Obi and his running mate Yusuf Datti-Baba Ahmed in Plateau State.

The ‘Obi-Datti’ Middle Belt Rally is set to take place at the Rwang Pam Stadium Jos, Plateau State on Wednesday 28th September at 11am with members of the middle belt forum drawn across the various middle belt states, Traditional rulers, Religious Leaders, various support groups, party members and the teaming supporters set to welcome the Presidential flag bearer in a grand rally.

The forum calls on members of the public and all who believe in productive governance in Plateau State to come out in support of the presidential candidate, the Labour Party national chairman Julius James Abure, the National Working and Presidential Committee and other top dignitaries who will be in the state for the rally.

The former Governor of Anambra State, Peter Obi emerged as the Labour Party’s presidential candidate for the 2023 elections, His presidential campaign has been described as “the people’s campaign” and has been noted for its support among many young Nigerians, who have been nicknamed “Obi-dients”.