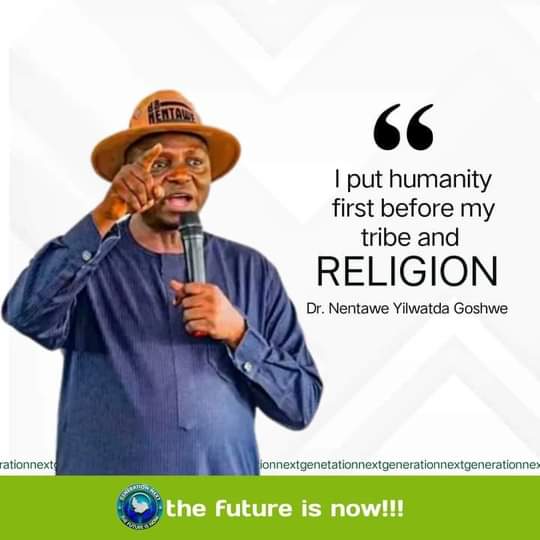 The Generation Next Campaign Train is in Bassa LGA for a ‘thank you’ tour to delegates, while reconciliation and consultation goes at the same time…I

Addressing to the crowd, the captain of generation Next, Dr. Nentawe Yilwatda says, that as a practical christian, God created all humans as one, hence, we must see plateau as one united people because that is the foundation of our prosperity as a state.
Nentawe added that:
” If you are ready to have a state that is prosperous and united putting humanity first then, i present my self to you” Nentawe says,… we cant defeat terrorist with a divided house, hence we must all join the united Plateau tribe.

in the same spirit, the Director General Generation Next, Prof. S. S Maimako says even though this is not the official campaign, but the train is in Bassa because of the strategic nature of the LGC, in Plateau State politics.

The chairman of the APC, Hon, Rufus Bature emphasize to party faithfuls that APC is strong with Dr. Nentawe Yilwatda and the APC will not tolerate anti-party among members. ” APC from Top to Bottom” Hon. Rufus says the parry will reward Loyalty…

Hon. Engr. Stephen Andy Igmala executive Chairman Bassa LGA welcome the Generation Next train to the LGA, with the assurance that Bassa LGA is waiting for the time because APC will win Bassa before 12 pm because he is interacting with the people at the grass root

others who spoke include, Distinguish Senator Adudu, APC Women leader