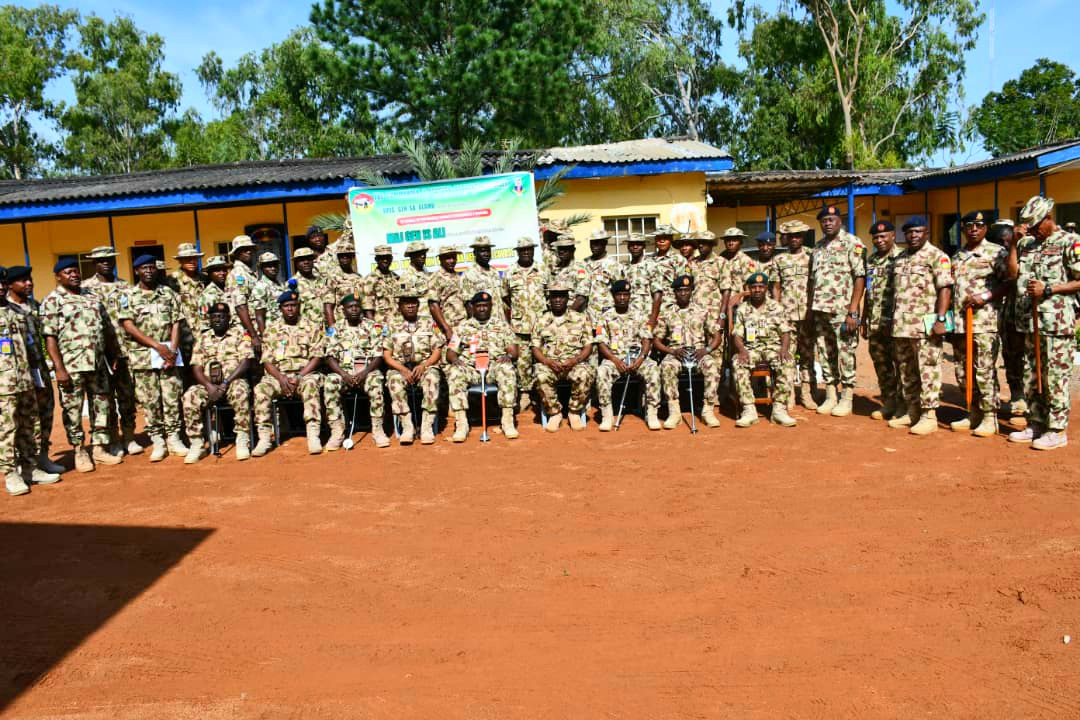 ….as he inaugurates soldiers for arms and ammunition refreshers course in Jos.

Major General Ali said, the scourge of insecurity in the country must be tackled through training and retraining of personnel to enable them effectively secure the lives and property of law abiding citizens. He averred that, the Training was organised in line with the COAS vision of having “A Professional Nigerian Army Ready to Accomplish Assigned Missions Within a Joint Environment in the Defence of Nigeria”. He emphasized on the need for troops to seek knowledge for a better living.

The GOC further said that the course will enable armourers and potential armourers to be versatile in the area of arms and ammunition management within the Nigerian Army and their units.
He urged the participants to justify the confidence reposed on them by their formations/units by giving their best during the training.

Earlier in his welcome address, the Commander, 3 Division Ordnance Services, Brigadier General SA Alamu, said the training on Ammunition and Storeman Refresher Course is aimed at training the participants on both theoretical and practical roles and responsibilities of an armourer. He further charged the participants to be very adaptive, hardworking, open minded and ready to learn.

The total of 30 participants drawn from various units and formations within 3 Division were inaugurated and the course is expected to last till 4 October 2022.