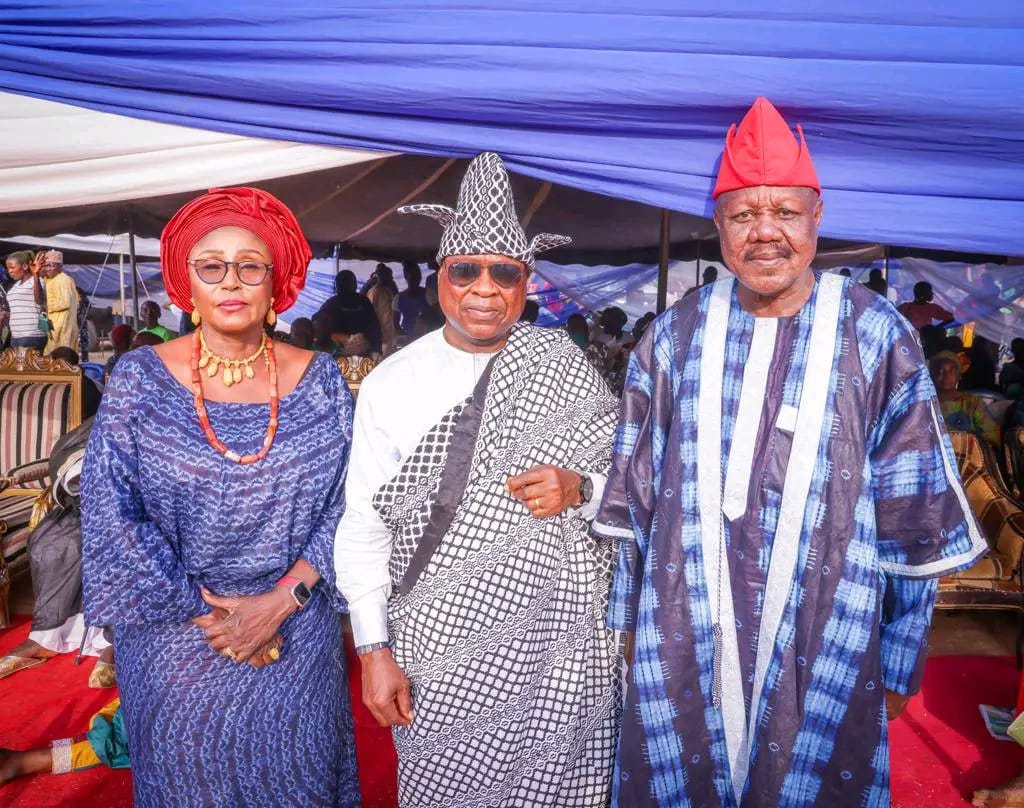 The wife of the Director General/ Chief Executive of the Industrial Training Fund, ITF, Lady Victoria Ari has been bestowed with the traditional title of the Ba’al Sharap Gamai (The Defender of Gamai woman) by the Gamai Traditional Council, and indeed the Gamai nation.

The Long Goemai of Gamai HRH Miskoom Shaldas III, in bestowing the title on her said that it was in recognition of the exceptional support she is giving to the entire Goemai people, particularly to her husband, Sir Joseph Ari kss ksm, who he said, is doing well in ITF.

Lady Ari while receiving the traditional title, thanked the traditional institution, especially the Long Gamai and the Gamai nation for the recognition, which she noted, came to her as a surprise.

She appreciated her husband, Sir Joseph Ari, KSM, KSS for not always standing by her but for encouraging her to do more for humanity.