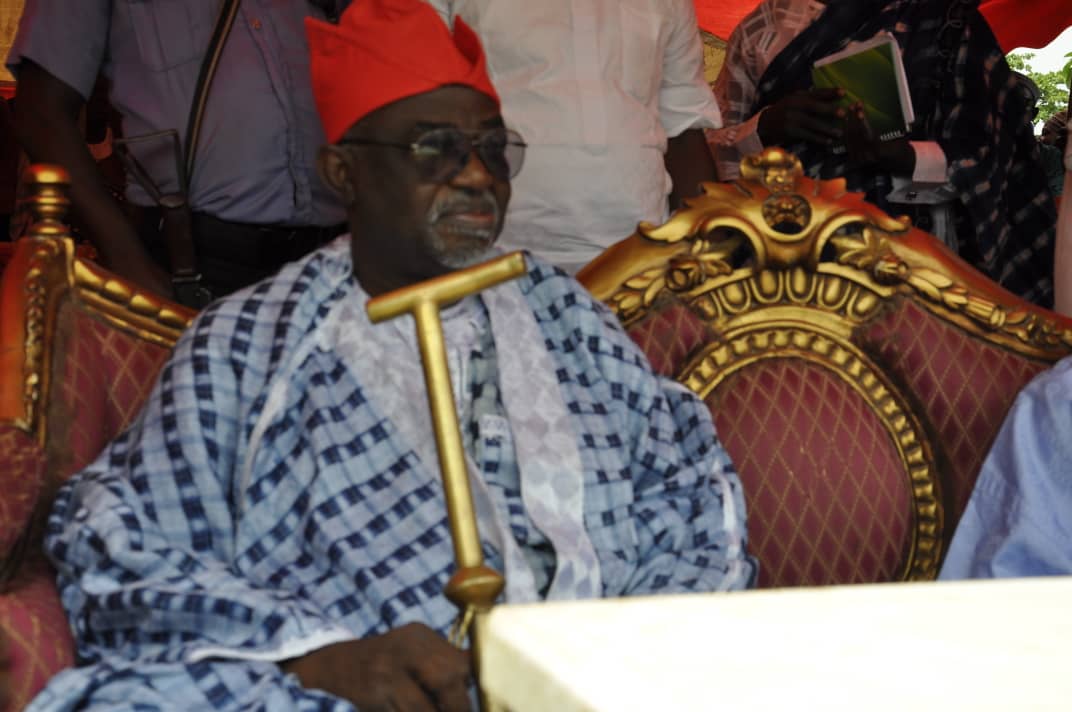 Kwande, the headquarters of Kwo Chiefdom in Quaan Pan Local Government Area of Plateau State, Nigeria was on Saturday June 26, 2021 thrown into festive mood when the Long Kwo, Miskoom Fidelis Longtoe Attahiru I constituted his cabinet with the confirmation and appointment of some of his tittle holders, as well as the honouring of some prominent citizens for their immense contributions to the development of the area.

The event which took place in front of the Palace, is the first of its kinds in 33 years and was witnessed a large turn out of traditional rulers and dignitaries.
Announcing the appointments amidst jubilation, the Long Kwo confirmed the appointments of three temporary Kingmakers and two new ones. Those confirmed are the Long Puuk, Miskoom Paul Tuammen; the Dangvuet, Miskoom Henry Hanci Mairiga and Long Bakwariga, Miskoom Noel Maiyaki, while the two ones are Miskoom Kurwat Aminu Baure as the Kanglu and Miskoom Longbakwa Maigari Abba as the Katoon.

The Long Kwo also confirmed the appointments of Niyu, Miskoom Senlong Barau as the village head of Luu Niyu and Kawo, Miskoom Tanko Beet as the head of Npap hamlet.

Speaking at the occasion, Miskoom Attahiru I reminded the people that the appointments of palace chiefs and heads of other sub national groups within the chiefdom is the prerogative of the Long Kwo, adding that all appointments were in line with culture and tradition of the Chiefdom.
He noted that all the appointees are not only princes but people who have shown loyal, dedicated and faithful citizens of the Chiefdom, which he noted are in line with the vision and mission of his reign.

Miskoom Attahiru I noted that for maximum results, portfolios would be assigned to each title holder, adding that more positions exist to be filled, which he said shall be announced in due course.
He appealed to the appointees to see their appointments as a call to humility, service and sacrifice and warned that anyone found wanting shall be shown the way out.
” You will not be paid but you will be expected to work as if you are being paid. Your position is that of trust and honour and you must behave as such”, he told the appointees.
Miskoom Attahiru I in justifying the conferment of Honorary titles to some illustrious children of the land, said that while the struggle to have a chief lingered on for 33 years, these awardees stood firm, assisted people and brought development to Kwo land.

The Long Kwo added they shall be accorded all the respect attached to the Palace, and they shall offer the Long Kwo advice st any given time, adding the date of their investiture shall take place at an appropriate time. ” They are thus bonafide Palace chiefs”, the Long Kwo emphasized.
In his remarks, the Long Gamai of Gamai nation, HRH Miskoom Martin Muduutrie Shaldas III applauded the exercise and called for unity amongst the people.

He enjoyed those who were appointed to strive to assist the Long Kwo in the rebuilding of the chiefdom.

The event was climaxed with several dance groups within and outside the Chiefdom, thrilling their hosts and guests.