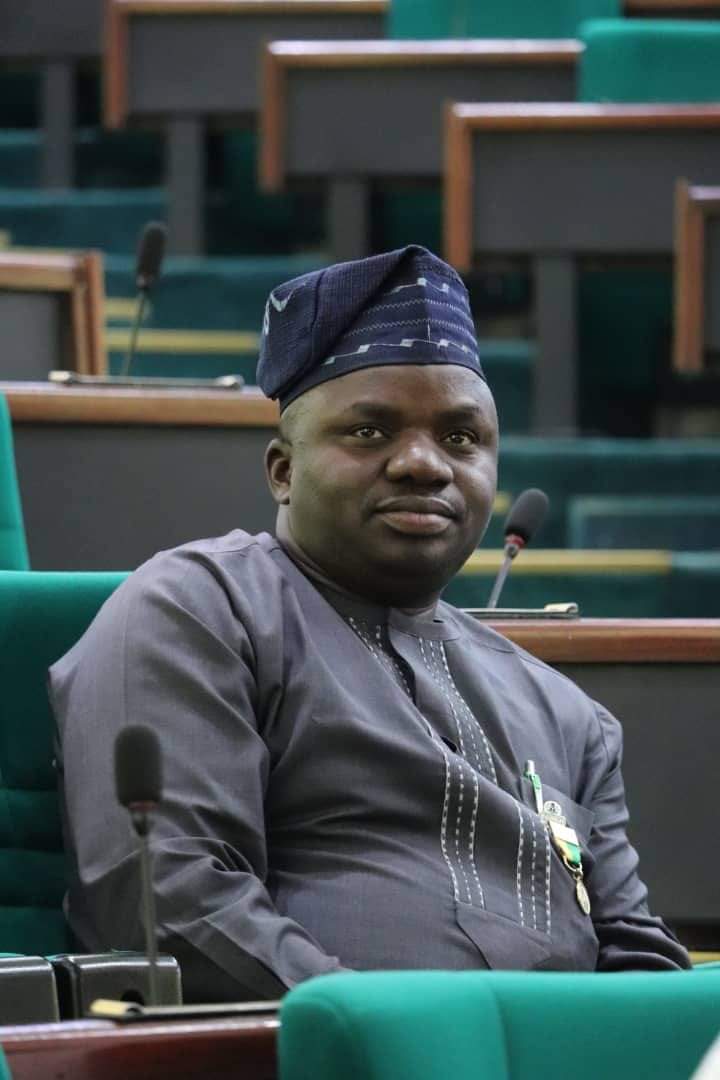 This is most tragic and I lack the right words seeing this hieves of sand under which our beloved brothers are laying. But what else can we say? First it’s to make them feel secured wherever they are. And to also show them that we are with them. What has happened to them has happened to us. It is also to assure to them that we have not forgotten them. We are doing the needful to ensure that all of them are secured.

The bill for the legalization of the vigilante is also before parliament. The bill has already passed second reading and is currently at the committee of the hall, which is the last stage of the legislative process where it will be passed section by section.

I want to assure you that once we resume this February, we will make sure that it is attended to so that the VGN will not just be a voluntary organization but it will also be regulated.

Secondly as I was here, I made a call to the Commissioner of Police to say that since this thing happened, there hasn’t been anybody here to assure the people of their safety and he said that he had directed 31 policemen to stay in the village till further notice

While here, I saw some vehicles which I want to believe are theirs. I want to appeal to the people to accommodate them, to feel free with them and to volunteer every information. They are here for you; they are here to protect you.

Lastly I want to say that once we resume, this matter will be tabled before the parliament. I have been able to make series of calls to my colleagues from across the country and they have assured of their support to bring this matter before the parliament. This we believe will get the relevant agencies to do the right thing because once you bring a matter before the parliament, different individuals bring in their ideas on how best that issue can be resolved and so once that is done, we will begin to see changes. So I want to appeal to the people to remain calm and vigilant, and not to take the laws into their hands.

When this thing happened, it took three hours for securities to respond. But we understand because in the whole of Kombun Ward, despite its size in landmass and population, which is one of the largest in Plateau State, it only has there policemen. Even if they were to respond in time, how much can they do? We have a terrible terrain already, and the military are not there. How effective can these few ones be? I want to appeal that more securities should be hired so we can have sufficient manpower in the security system. I also wish to plead that government should find a way to support those who have given themselves for the protection of communities that is the VGN. They should not just be recognized as voluntary organizations but they should be legalized as an auxiliary of government.

Kombun is known to be a cosmopolitan district where every person from across Nigeria resides and they live side by side peacefully. And we wonder what has gone wrong. The outbreak of events in recent times really baffled us but we know you have the capacity to contain the situation. We want to assure you that you are not alone in this. We have called and shouted across the world. And we have raised voices that are talking on this matter. We are glad to say at least we saw the Ardo in your Palace. That is an indication thaahe issue is close to being resolved. It shows that the matter is close to his heart. But whatever the issues are, whoever did it, he did it wrong. They might have had a reason to do it. But the laws of the land are very sufficient to deal with any matter. So whosoever did it, did wrong to us, did wrong to humanity and it is only a barbaric person that can behave in this manner.

It is very unfortunate that the reports we are getting is that there is no security in the area at the moment. This is not normal and something urgent has to be done. I want to assure you that we will work closely with all stakeholders in this land to ensure that lasting peace returns to this land.

When I came, I was shocked to see that some locals who were fleeing were running together with the same herdsmen that are being indicted. They were carrying their luggage and running peacefully side by side. So that is the surprising thing. That people who have lived together for long will suddenly be divided against one another. I believe that those who are behind this are aliens. And at this point I want to say it is the work of the security agents to unravel those behind it. They must hunt them wherever they are. Because we cannot see the same people who are said to be clashing with each other running to safety together without problems.

It means that they are not the ones fighting themselves. It means the enemy is without not within. For that reason, we want to call strongly on security agencies to fish out those responsible for this dastardly act and bring them to book.

What has encouraged these things to happen is that no one has been prosecuted. A lot of people have been arrested in the past but no one has been punished and this is also causing a lot of disturbances and apprehension in the minds of people. And this is also increasing the insecurity of our people. I want to insist that the security agencies should get to the root of it and let us deploy the same might we have deployed in the fight against corruption in the fight against these crime. The crime and the failure to prosecute it for me is the worst form of corruption. And anyone who takes a life like this has taken everything away from us. And I think government must fight this, to kill this and ensure that we have a safe society.

I want to advise however that our people should stop running. Let us stay where they are and in a controlled manner. We cannot continue to be running. Where are you running to? You are running and what if you are attacked where you are going? Let us stay back and pick our pieces and rebuild. It has happened and let’s hope it is the last.

Not too long I was in Mangu to condole with the people of Gindiri over a similar incident when the Chiroman Chanso was murdered and also many others, including the village head of Kadunung. You can see that the thing is going round and round but I pray this will bring this to an end and help us to conquer terrorism in our country.

We are under saddened by this incident but somewhat consoled that you had to drive on this risky and terrible terrain to come and identify with us. it shows the heart you have for the people. Few days ago you made donations for security, business and education of our people and we we’re rejoicing. Today we are mourning and you are here. We are grateful and want to assure that we have leg everything to God. We will not reach if the plan of the killers is to pitch us against the people we have lived with for years. We won’t reach and we will not let this break our bond as a people.

If I knew those who did it I will personally hunt and hand them over to securities but this thing happened in the night and no one saw their faces. But I am praying for God to expose them and if truly they are my subjects, I will never spare them because they want to spoil the good life we have shared. I am over 60yrs old and this is where I was born. I don’t know anywhere else and i won’t let children that don’t know the value of communal living bring problems to us.

I want to appeal to the people of this community, both natives and herdsmen to unite and let us fight this evil. No matter who is involved, if it is found that they are truly culpable, let us not habour them. I will never cover up any crime no matter my connection to the person involved. And if any of you knows anyone that has a hand please let us know and we will fish them out. Violence is terrible and we can’t let it start here. Right now, you have lost your loved ones and we have lost too. Who has gained? Let us join hands to end this be for it breaks us