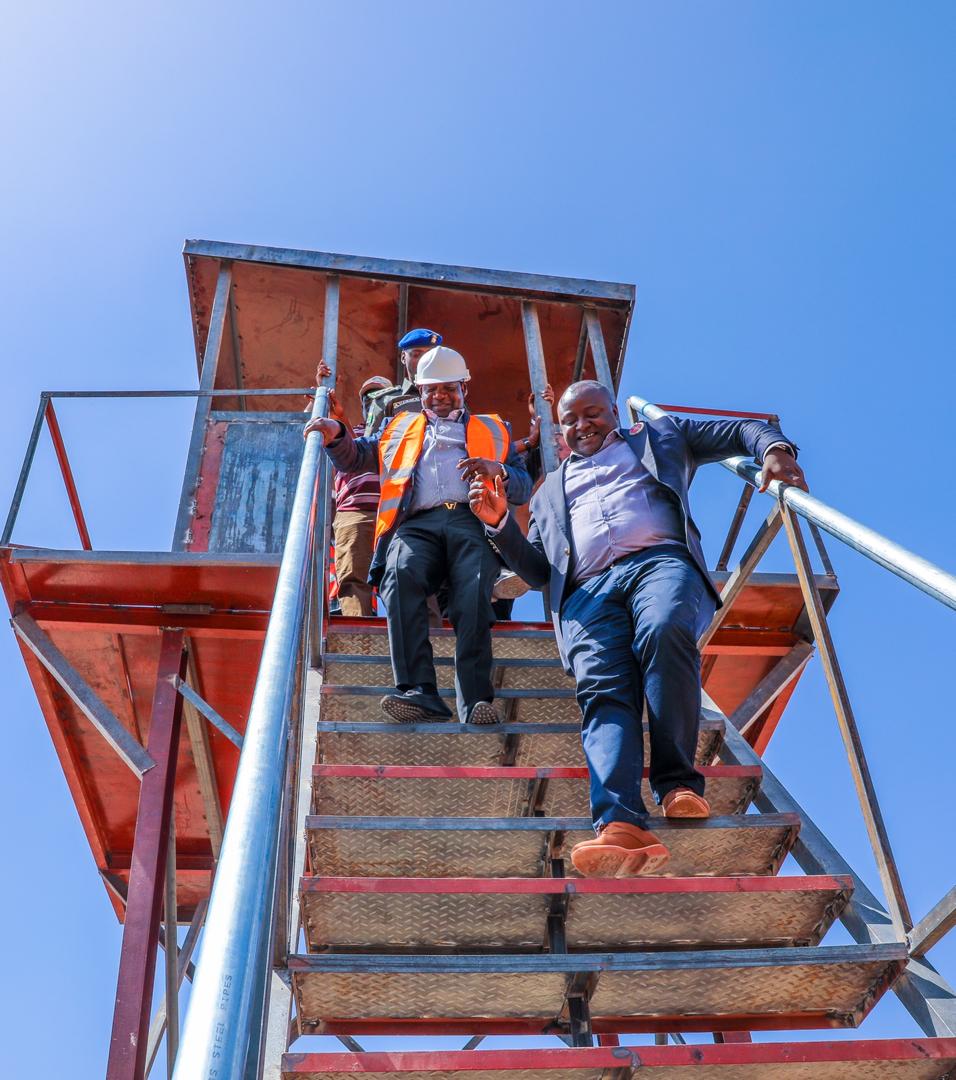 In a bid to strengthen the security architecture in Plateau State and consolidate on the peace that is currently experienced, Plateau State Governor has inspected the on-going construction of the first neighbourhood security watch tower at Dutse Uku in Jos North Local Government Area.

A statement signed by Dr. Macham Makut Simon the Director of Press & Public Affairs to Lalong reads that Governor Lalong

arrived the site amidst a rousing welcome by residents of the area was briefed on the concept of the neighbourhood security watch tower by the Permanent Secretary, Cabinet and Special Services Mr. Cornelius Shiolbial who explained that the project is geared at ensuring that there is an early warning system to pre-empt conflicts and nip them in the bud.

Shiolbial said “Your Excellency, the idea behind this is to have a permanent security presence here that consists of security personnel and representatives of the community who will be working hand in hand to ensure that the whole area is under surveillance and any threat to peace is detected and dealt with on time. The structure here provides offices, watch facilities and a conference hall where they can meet and analyse whatever is observed and possibly diffuse any tension”.

He told the Governor that the security team headed by the Operation Rainbow will run shifts and use the watchtower which is well positioned to observe large parts of the City.

Governor Lalong commended the initiative and said it was necessary as the Government continues to make progress in consolidating peace by strengthening the security architecture for efficient and timely response. He also commended the quality of work which is being handled through direct labour using staff of the Ministry of Housing and

Lalong said “We are happy that today there is more understanding among the people today where everyone recognizes the importance of peace, reconciliation and harmony. We have to work together to promote good neigbourliness, tolerance and peaceful coexistence. This initiative will help us address issues before they escalate and ensure that criminals are not allowed to again cause strife among the people”.

The Governor assured the people that the Rescue Administration will continue to encourage every effort that will ensure that the ugly crises of the past remains a thing of the past.

He warned all trouble makers to stay away from the State because the Government will not hesitate to deal decisively with anyone found causing disharmony or beating the drums of war.

“I climbed up to the tower and could see almost all parts of the City of Jos. This should tell those who are criminally minded that I will be watching you and send the security agencies to track you down and get you arrested. We have done a lot to ensure that people live in peace and nobody will be allowed to change that” he said.

While thanking the people for supporting his administration and remaining law abiding, Governor Lalong explained that the government will set up more of such watchtowers and posts in key flashpoints once the pilot scheme is completed in Dutse Uku area.

The Adagwom Izere of Jos His Royal Highness, Ada Emmanuel Azik appreciated the Governor for fulfilling his campaign promises by building infrastructure and also pursuing the path of peace and progress of the State.

He promised the continued support of his subjects to the government to enable it discharge its responsibilities to the citizenry.