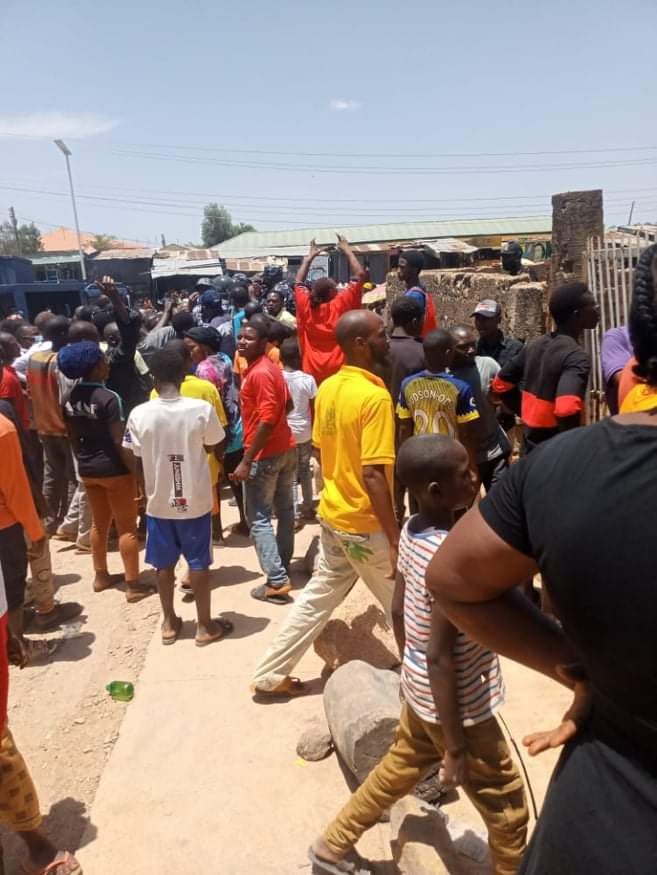 There was palpable tension at Abattoir Area Giring Ward Jos South LGA, Plateau State as Residents of the Area came out in their numbers to protest against the nefarious activities of a Lebanese who they accused of engaging minors in sexual activities such as having sexual knowledge of them and making pornographic videos with his victims.

His victims according to Residents are Teenage Girls of less than 15 years two of which he has put in the family way.

Some Residents said they reported the nefarious activities of the Lebanese at the Abattoir Police Station but he was released without any stiff penalty only for him to return to same obnoxious activities.

They said they were protesting at the Police Station to ensure that justice prevail.
They described as horrible and sad the hapless situations of the minors and their parents.
They decried how the Culprit was released despite the gravity of his crime. They said the Culprit must have paid his way out of the Police Station where he was reported and being investigated since nothing positive was forthcoming from the case.

The Residents charged Government, CSOs and other well meaning individuals to intervene and make sure the culprit face the full wrath of the law.

At the time of filing this report, the Lebanese was spotted at the Abattoir Police and a Police Van was seen trying to maintain law and order at the vicinity of the protest.

Citizens are interested in seeing that this case of child molestation and sexual harassment of minor is not swept under the carpet, but justice will be served on the culprit to serve as deterrent to others.