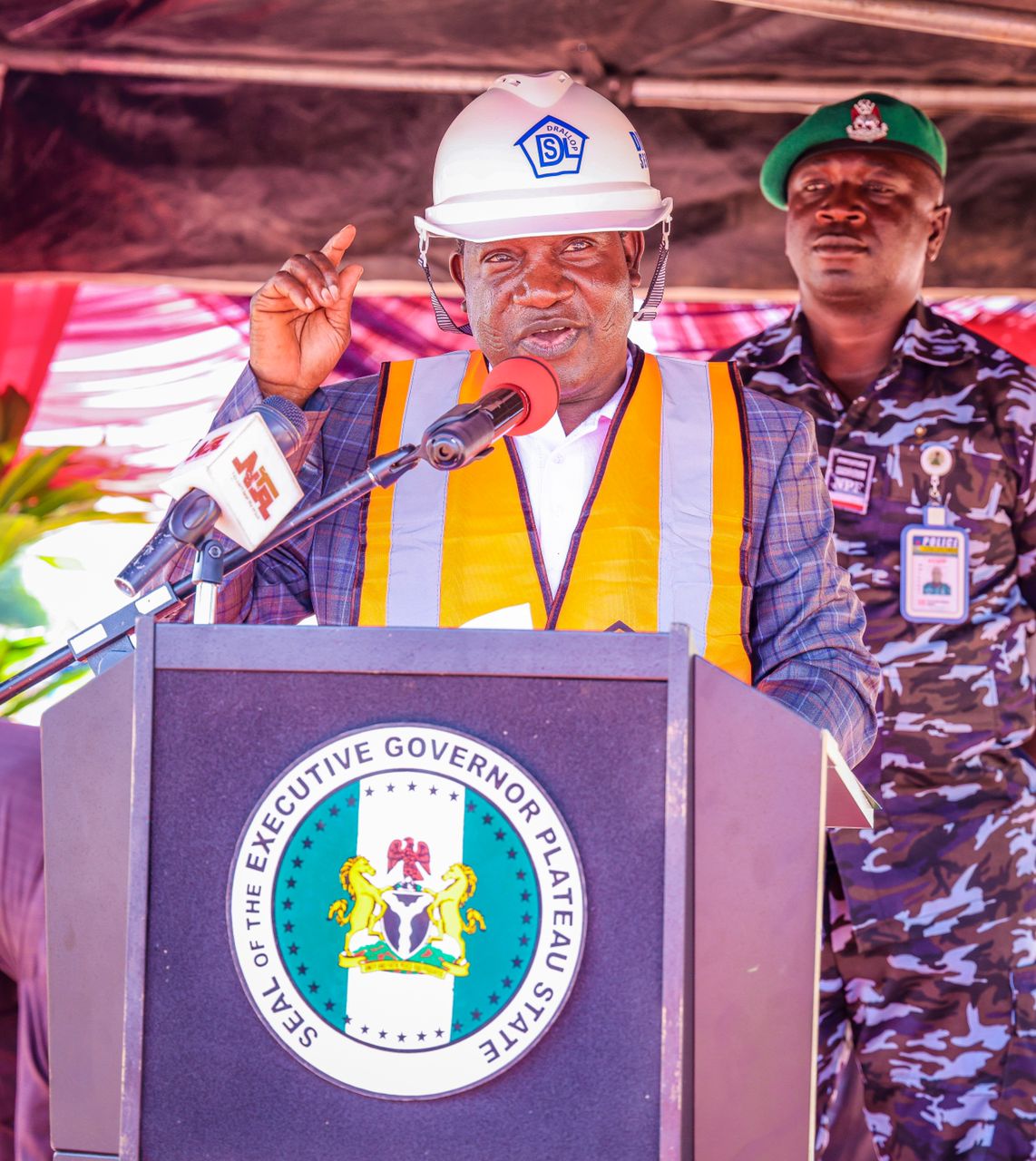 Plateau State Governor, Barr. Simon Lalong has promised to lead the process of recalling National Assembly members who are standing against the rebuilding of the burnt Jos Main Market by Jaiz Bank

Lalong stated this on Friday during the foundation laying of the Workers Housing Estate carried out by the Nigerian Labour Congress and a private developer Drallop Services Ltd at Zanwra Nkienwhiea in Miango, Bassa Local Government of the State.

“I guarantee you we will start the process of recall of legislators that don’t want development in the state, that is the only way to checkmate our members, I said this because it is sad when your talking of development in your place it must not be your people because when they advertise for contracts at federal mortgage banks including plateau people will also apply who are doing business, you may not get the one for Plateau, but they can give that of Katsina.

It would be recalled that the Member representing Jos South/Jos East Federal Constituency of Plateau State, Hon. Dachung Musa Bagos had secured a court injunction at the Plateau State High Court, restraining Plateau State Government from signing MOU with Jaiz Bank on the reconstruction of Jos Main Market.

The Injunction which was granted on Tuesday 2 August 2022 by Hon. Justice S. P Gang restrained the Governor of Plateau State, Plateau State Government, and Attorney General and Commissioner of Justice, Plateau State from signing any MOU with Jaiz Bank pending a hearing of the substantive suit.

The court order which was obtained by Journalists in Jos reads, “Court order upon the consideration of motion exparte date 1 August 2022 and filed 2 August 2022 supported by 20 paragraph affidavit deposed by Hon. Dachung Musa Bagos as well as counsel written address praying the court for reliefs sought after hearing Tyang Jugu Esq For the applicant.

Justice Gang granted the court order as follows, ” An order of this Honourable court for an interim injunction restraining the defendant/respondents by themselves, their agent’s representatives or privies from entering into any Public Private Partnership or any agreement whatsoever regarding the Jos Main Market pending the hearing and determination of the motion on notice for interlocutory Injunction.”

But, Governor Lalong while responding to a court order and the recent controversies surrounding the planned rebuilding of the Jos Main Market which he described as unnecessary and a distraction orchestrated by politicians who want to score cheap political points.

“Those that built the Jos Main Market we’re people from outside, did they take the market to that place no, and when this kind sentiment is being used like that some people will get carried out that Jaiz Bank is Fulani bank, so we are given Jos Main market and Plateau to Fulani that is devilish. When you see a member misleading people, I was also a Speaker, asked him this two or three years since we elected you what have you brought home for us, if he said nothing, you people have an opportunity for recall, apart from impeachment there is recall, I am the only one in Nigeria that have experienced recalled because the President then wanted me to impeach the Governor, I didn’t so the only way was to recall, but I came out successful

The Governor asked the people of the state not to pay attention to the propaganda and political exaggerations being peddled that the market will be sold out to an Islamic bank.