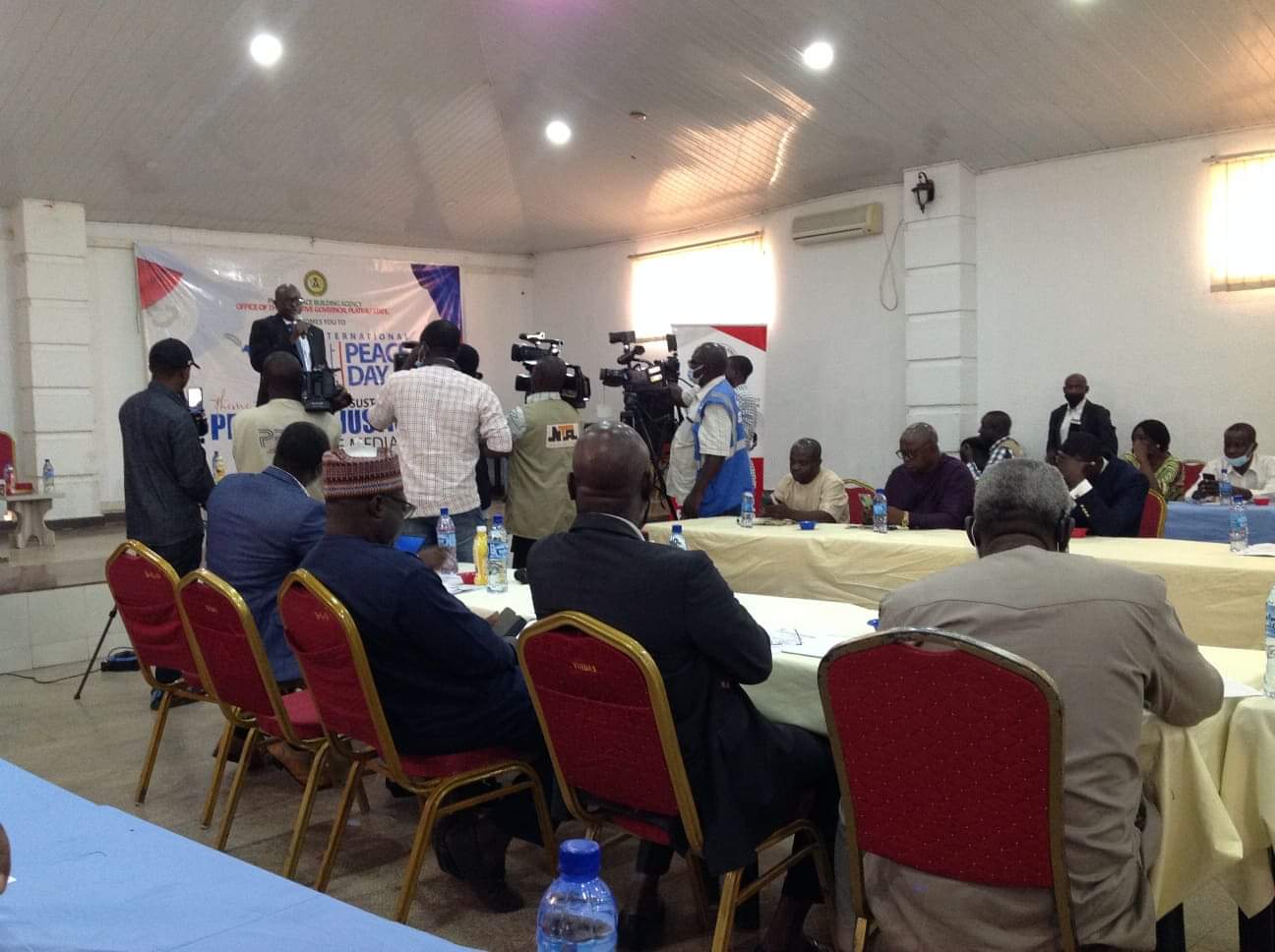 As the 2021 International Day of Peace with the theme “Recovering better for an equitable and sustainable World” is celebrated globally, the Director General of the Plateau State Peace Building Agency (PPBA), Mr. Joseph Lengmang has lauded the contributions of the Media on the Plateau to peace building especially in the aspect of early warning signs on potential crisis, raising awareness about fears, concerns and aspirations among the people.
He described the Media as a strategic partner in the process of building a stable and peaceful society.

Mr. Lengmang commended the commitment displayed by the Media for using their various platforms to promote the agenda of peace through dialogue, advocacy, forgiveness and reconciliation.

He disclosed that the media can be utilized to enhance social cohesion, counter fake news and dangerous speeches, correct misperception and misconception as well as transform violent extremism in all its ramifications.
He decried the wrong use of the media saying the media can shape perception either positively and negatively. He spoke on the need to strengthen partnership with the media and work closely with the people to achieve a more safer, secured and peaceful society.
He also appreciated Gov. Simon Lalong for his efforts at sustaining peace in spite of actions of agents of division.

The Plateau State Commissioner for Justice and Attorney General, Barr. Chryanthus Ahmadu in his remarks posited that peace is a product of conscious decision.

According to him, the media plays significant roles in peace building process, agenda setting and moulding perception of the people.

He harped on the need for the citizens to build positive narratives about the State as well as concentrate on issues that unite the people than those that divides.

The Commissioner of Information and Communication, Hon. Dan Manjang appreciated the Media for their supports and contributions to achieving sustainable peace in the State.
He said peace building should include trauma healing to victims of violence.

Hon. Manjang charged Journalists to be agents of peace.

The event in Plateau State which had as its theme “the Quest for Sustainable Peace and Justice; Wither the Media” also featured panel discussion on peace, security and justice.

Joy as Yusuf Kwande lifts orphans out of streets, sponsor their education