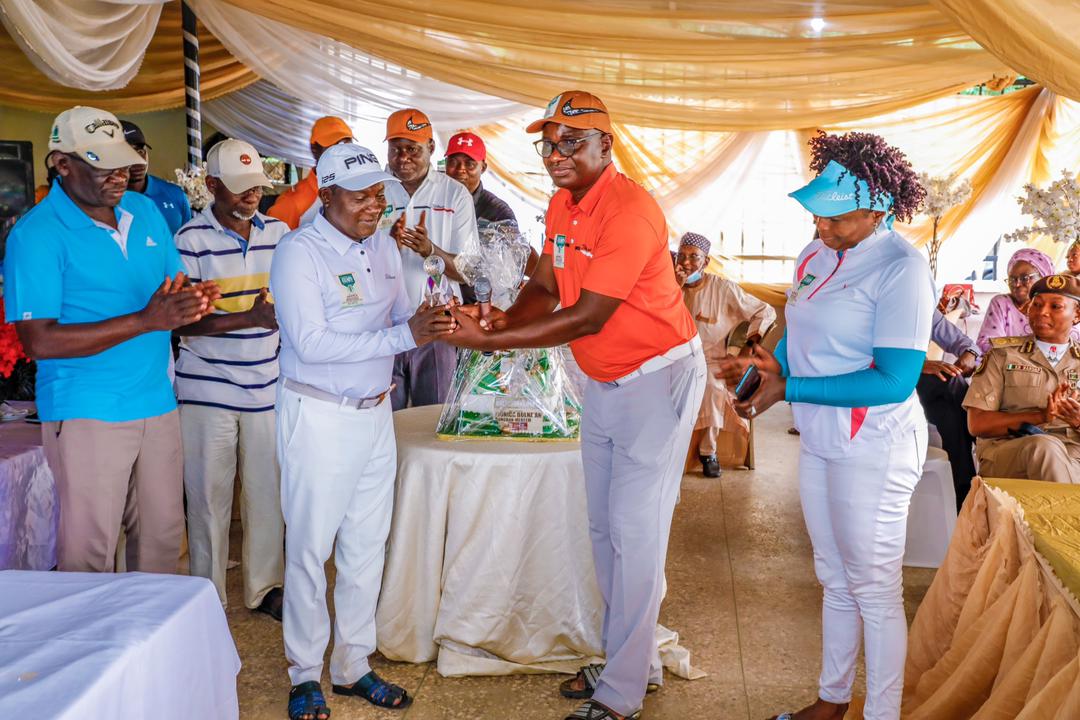 As part of the activities for the Grand Reception and Thanksgiving Mass in honour of the President, Court of Appeal Justice, Monica Dongban-Mensem, Plateau State Governor Simon Bako Lalong has hosted a golf kitty to mark the event.

Governor Lalong who performed the Tee-off at the Lamingo Golf Club in Jos alongside the Court of Appeal President and Captain of the Lamingo Golf Club Hon. Joe Bukar, said the game of golf presents an avenue for relaxation and fitness for people, especially those who are involved in strenuous activities.

Lalong said golf has grown on the Plateau and has attracted more players, enthusiasts and tourists into the State especially with confidence and peace substantially restored by the Rescue Administration.

President of the Court of Appeal Justice Monica Dongban appreciated the Governor for hosting the golf kitty in her honour and expressed her love for the game which she said enhances not only the fitness of players, but also their mental capacity.

Justice Monica Dongban urged more people to consider the game of golf as part of their recreational activities, and also endeavour to keep fit which enhances healthy lifestyle and reduces illnesses.

After the game of kitty, prizes were awarded to winners by Governor Simon Lalong and the President, Court of Appeal who were also honoured by the Lamingo Golf Club.

Profile and Scorecards of Hon. Barji Lawmaker in the Making comes 2023