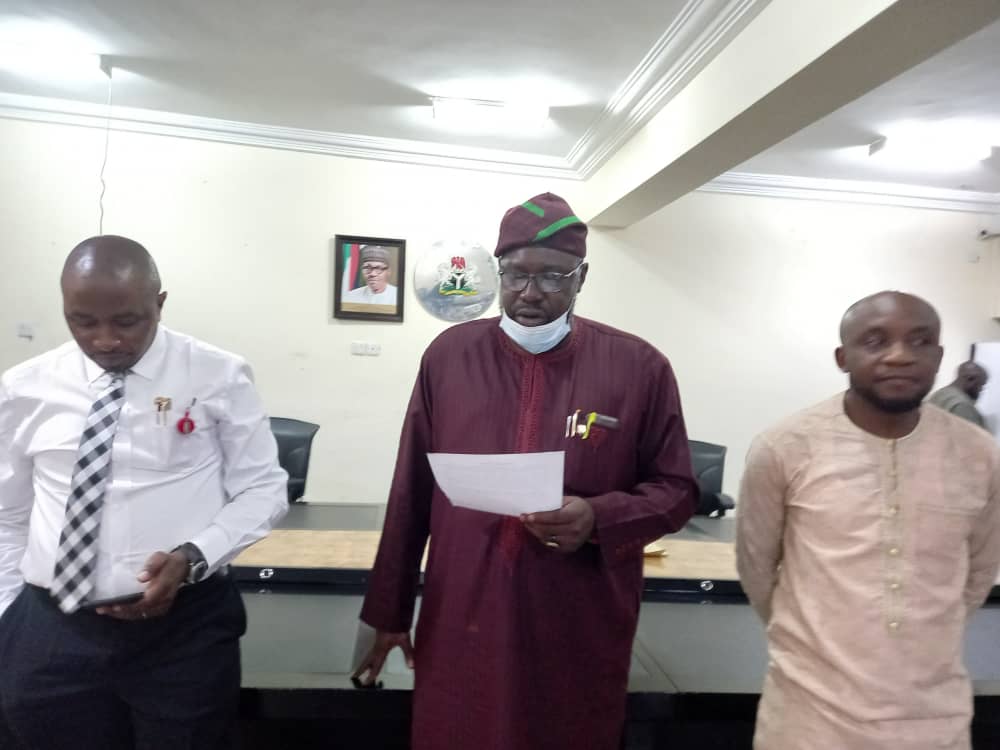 As the Chartered Institute of Taxation of Nigeria (CITN) Jos and District Society held her 3rd Annual General Meeting (AGM) at the Plateau State Internal Revenue Service Conference Room, Revenue House, Mr. Ganan Wash-Pam has emerged as the Chairman of the Professional Body.

In his acceptance speech, Mr. Ganan appreciated his professional colleagues for the trust bestowed on the newly elected Executives to pilot the affairs of CITN Jos and District for the next twelve months.
He called for supports and guidance of Members for the new Executives to succeed.
He said the presence of members in all activities of the District will be the catalyst that will drive the new Executives to their full potentials.

“For this reason, our job will just be that of mere consolidation” he posited.

He lauded the Electoral Committee for what he described as an excellent job of conducting the election in line with world’s best practices.

The Chairman of the Electoral Committee, Alh. Ibrahim Alhassan declared the winners having met the necessary requirements and constitution of the body.

In his report of stewardship, the outgoing Chairman, Nde Isaac Wadak, FCNA enumerated some of the challenges they met since they were elected on 20th May, 2019 to include membership mobilization, office accommodation and attendance of meeting as well as prompt payment of subscriptions by Members.
He said they visited the Relevant Tax Authorities, Tertiary Institutions, Tax Appeal Tribunal (North Central), Institute of Chartered Accountants of Nigeria (ICAN) on advocacy visits to tackle the issue of Membership which he said yielded positive result.
He also listed some achievements of his administration to include the successful hosting of 2019 & 2020 MPTP, increased the number of License Chartered Tax Practitioners, increased the numbers of fellows by five, secured approval for Jos as an examination centre, Initiation & successful inauguration and investiture of the Society of Women in Taxation (SWIT) Jos and District Society 2021, successful organized the maiden edition of the Annual Jos Tax Week in April 2021, inauguration of three committees (Finance & General Purpose Committee, Welfare and Education Committees) etc.

Nde Wadak appreciated those who contributed to the success of his Executives during the period of stewardship.

The New Executives were sworn in immediately.