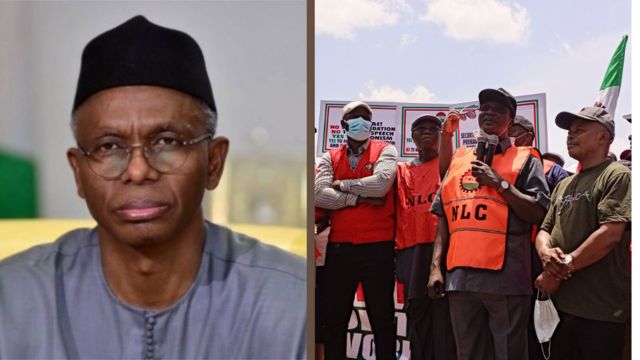 We may not agree with the Governor of Kaduna State, Nasir El-Rufai on his plan to retrench, downsize or rightsize (whatever the nomenclature is) the number of civil servants in Kaduna State. But one inevitable phenomenon is that, economic downturn is imminent. He must have seen the prognosis and tried to take the wrong step in the right direction.

The truth of the matter is; The world is drafting away from crude oil, the insecurity in the North is hampering agricultural activities. By implication our major sources of revenue are declining. We now have to borrow to fund our budget. Looking at these facts, you’d realise that the problems of Nigeria’s economy are so compounded, the principal of which is, the civil service being so overwhelmed with redundant and unproductive work force.

How did we get here? Over dependence on crude oil. Successive adminstrations have boasted of having a framework for economic diversification policies and other economic reforms which all ended up as paper talks. Secondly, our educational system is so dysfunctional that our universities only produce half baked graduates with a salary mentality who just want to get into the civil service and get easy money without proportionally working for it. This is the main reason why the civil service is the breeding ground for corruption today.

The informal and private sectors are more productive than the civil service because the “it’s our resources syndrome” is not there. On the contrary, everything government is bastardised and treated with laxity in the civil service.

The economy is dwindling, our purse is slimming down, the revenue is no longer sustainable and our dept profile is increasing. These mean that, a significant increase in unemployment rate, poverty, inflation and hunger are looming, some of which we’ve started experiencing.

Governments at state level should begin to look inward for other sources of revenue generation because the center is overstretched and may soon collapse.

Instead of retrenching civil servants, governments should reduce the cost of governance by triming down the number of political appointments and salaries of political office holders.

Vocational training and entrepreneurship should be incorporated into our curriculum.

More so, the National Youths Service Corps (NYSC) should be remodeled into a technical and vocational training scheme, after which members are given start-up funds.

Devolution of power and full financial autonomy of Local Governments will play a significant role in economic diversification.

PLATEAU OF OUR DREAM (PART 4) BY COMRADE NN GUJOR