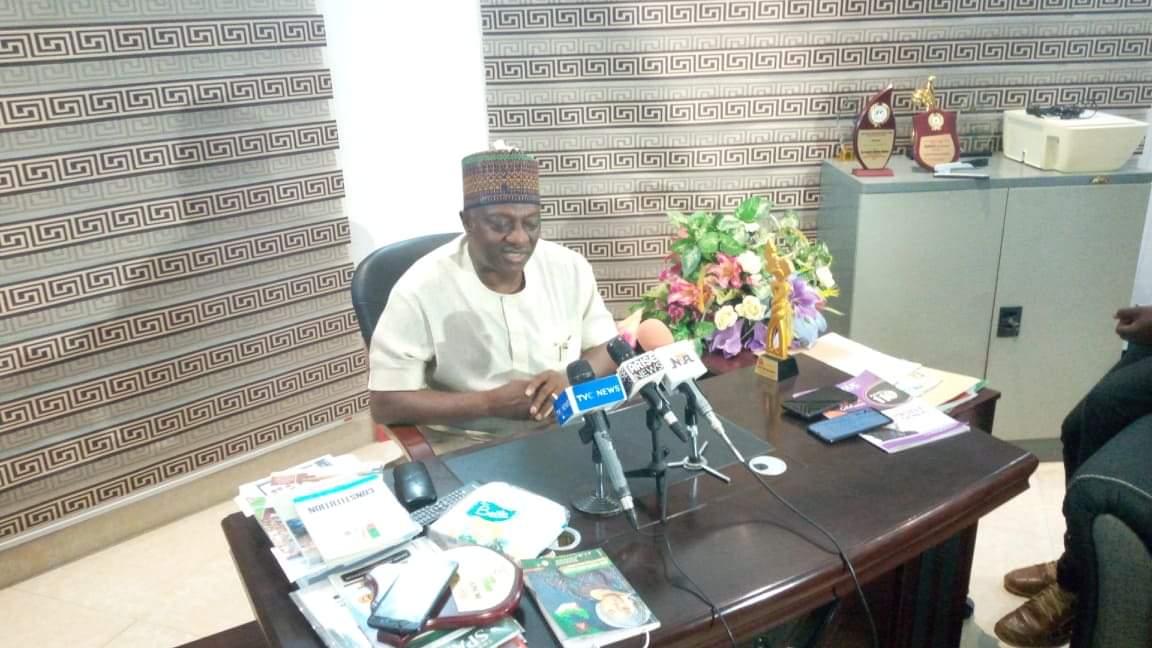 One of the Governorship Aspirants of the Ruling Party, All Progressives Congress (APC) in the just concluded Primary Elections which held on Thursday 26th May, 2022 in Plateau State, Dr. Patrick Dakum has said the election was highly compromised, marred by intimidation of delegates by top government officials in the State and other avoidable irregularities that tampered with its integrity.

He made these known while addressing Newsmen in Jos, the Plateau State Capital.

According to the Public Health Expert, the election was not a true reflection of the minds of the delegates and party faithfuls as it fell short of what is expected of an election that should be transparent, free, fair and credible.

He appreciated all those involved in the “Consolidation Movement” saying the goal of going into the contest for governorship is borne out of deep passion for Plateau State, inclusivity in the governance of the State and a deep passion not to “throw the baby with the bath water”
According to him every government that has come on the Plateau has excellent points and things they have done and that he was ready to take the best practices from past government and consolidate them into a programme that will use outcome-driven implementation process in order to move development faster.

“For me as a Child of God, I have always known that the destiny of Plateau State and ours as individuals is in the hands of God, so for me circumstances does not change what comes out from the inside” he said.

He said if he is to be unhappy that will be for the fact that development may be taken ten years backward and the people will be responsible for truncating development for not doing the right things they ought to had done.

He recounted the experiences throughout the campaigns period and the primaries how the list of delegates were not disclosed to the Aspirants and were later told few dates prior to the Primaries that the Delegates were to be accommodated by the government.
He said he toured all the Local government areas in the State twice, met with party officials, discussed his plans for the State and seek for their support, a feat no other Aspirant could achieve.
He said the APC had the opportunity to field the Candidate that will not be difficult to sell.

He said during the Primaries, he was shocked that in the Local Government Area that started the election (Qua’an-Pan LGA), only two Delegates could write even when it was obvious that most of them were literate. He disclosed that the same thing played out in other Local Government Areas.

He said Local Government Council Officials were around to influence who Delegates will vote for as the delegates were not given the opportunity to freely cast their votes for the Aspirant of their choice.
“There was a lot of intimidation on the Delegates, you could see them being very terrified as you could see government officials hovering all over the place to ensure the delegates go a particular direction” he said.
According to him, they walked out because the result of the Primaries will not reflect the true mind of the APC Members in Plateau State.
He said the Primaries was compromised and wasn’t in a away that will reflect the best in the Candidate.
He said they have channeled their complains to the appeal Committee and awaiting the verdict to know the next line of action.
He hinted that if nothing is done about their petition, he will consult with the stakeholders and people who believe in the consolidation vision to take the appropriate decision.

“I will also put my ears to the spiritual ground to know the conviction God is giving me in my heart, if I am to stay in the party and work for it and the Candidate or otherwise, these are possibilities” he said.

He urged his supporters to stay calm and peaceful as they engage the leadership of the party to look into the issues presented.