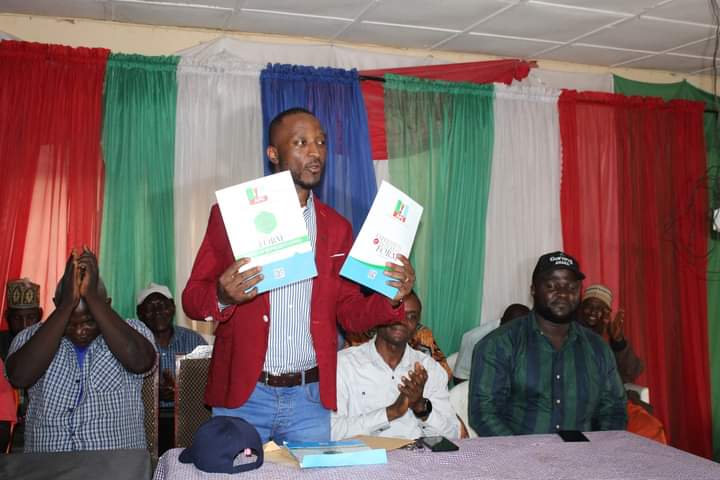 Leading contender for the Mangu/Bokkos Federal Constituency seat under the platform of the All Progressives Congress (APC), Dr Elkanah Garang has submitted his duly completed Declaration of Interest and Nomination forms at the National Secretariat of the APC in Abuja.

Dr Elkanah who was accompanied by enthusiastic members of his campaign teams was fully of gratitude for the overwhelming support he received when he presented his copy of the declaration of party interest and nomination forms to his caucus in Bokkos some days ago.

According to him the coast is now clear for victory of the ‘Amana’ mandate as the days draw near to the date of the House of Reps primaries across the Country.

Dr Elkanah Garang is a philanthropist and a community developer who has intervened in many ways in providing succor to rural dwellers in Mangu and Bokkos LGA. His philanthropic gestures have extended to communities in the Northeast and Northwestern parts of Nigeria.

He is considered one of the strongest aspirants who has the capacity to win the elections if given the ticket, considering the goodwill and respect he commands among youths and elders not only within the APC but across other political parties.

Dr. Elkanah expressed optimism that he will clinch the Ticket at the Primary Election and also win the main election to provide sound and quality representation to the people.