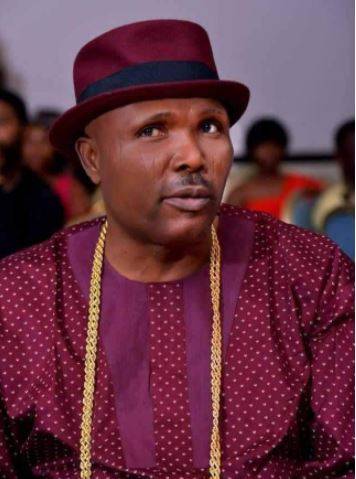 The zone is predominantly an oil rich area of Delta State where the large chunk of the oil in the State is found thereby making this Senatorial District very strategic oil producing community.
It is worthy to note that an illustrious son of this Senatorial District, a man who has paid his dues in the state had volunteered to hearken to the voice of his people to serve this Senatorial District in the new dispensation.
Though a man of humble disposition, this quintessential homosaipen rose from nothing to something by dint of hardwork, resilience and by God’s grace and glory in his life.

It is one thing to aspire to represent one,s people, it is another thing to be home and dry with the needs of the people for quality representation, because you cannot give what you don’t have. There must be genuine concern and compassion for the people, their challenges and expectations.
Looking at the pedigree of Hon. Diden Michael, popularly known as Ejele, you will agree with me that he is the right and best man to represent the good people of Delta South Senatorial District in the Hallowed chamber come June, 2023.

His emergence in the primary election for the Senatorial seat of the Peoples Democratic party, PDP for the February 2023 Senatorial election conducted on May 23rd 2022 for Delta South Senatorial District was not by mere fluke, rather it was providential.
Hon Diden Michael Ejele may not have been born with silver spoon in the mouth, but he worked tirelessly to stardom because he was focused and set his eyes on the ball.
He is a man who loves his people dearly with all his heart; a sacrificial leader by all standards.
Hon Ejele shares in the burden of his people, he understands and appreciates the plight of his people whom God had blessed immensely with rich natural resources, yet they are deprived the benefits of this God given endowment.
He is ever determined to build an enduring legacy for the three ethnic nationalities of Delta South Zone by lifting many out of poverty.
Hon Ejele,s versatility speaks volume of the rich experiences he had garnered over the years as a seasoned legislator, administrator and a faithful servant of God . He has been able to conveniently blend politics with the Ministry as an Evangelist of high repute.
Hon Ejele without mincing words, has what it takes to lead Delta South Senatorial District to the promise land as he coasts to victory come February 25th, 2023.
This sacrificial and selfless leader was elected into the Delta State House of Assembly in 2015, where he meritoriously served as the Deputy Chief Whip.
Prior to that, he also served fantastically as Commissioner representing the Itsekiri nation on the Board of the Delta State Oil Producing Areas Development Commission, DESOPADEC. Afterwards, he later became the board Chairman of the special intervention agency in 2019.
He also held sway as the Special Adviser to the then Governor of Delta State,Dr Emmanuel Udughan on Security matters. He brought his versed experience to bear as a grassroot mobilizer par excellence which resulted in the relative peace which is still being enjoyed in the State.
He was able to turn DESOPADEC around with meaningful and impactful projects that would continue to stand the test of time in those communities where the projects are cited.
It is on record that Hon Diden founded a political movement in Delta State alongside with some eminent Deltans known as the Delta Political Vanguard, DPV.
Even the Delta State governor, Dr Ifeanyi Okowa attested to the invaluable role played by the DPV under the leadership of Hon Diden in the realization of his governorship ambition in 2015 as well as his re-election in 2019. Governor Okowa disclosed this in his congratulatory message to this worthy son of Delta State during his 57th birthday anniversary.

Hon Diden is an ordained Evangelist, very conversant with the pulpit. He is the founder and General Overseer of Mega Praise Ministry International, with headquarters in Sapele , Delta State.
The facts remains that Hon Diden has been a successful man in all ramifications despite all odds;he is an achiever and has fared well in all the appointments he held serving the state. He is a rare gem and his type is uncommon.
He successfully served as a local government chairman, member Delta State House of Assembly, Commissioner DESOPADEC, Special Adviser on Security matters as well as Chairman DESOPADEC.
These appointments placed him on a better stead as they afforded him the golden opportunity to touch lives and impact positively on the lives and well being of his people whom he hold in high esteem.

His victory at the PDP primaries for Delta South Senatorial District is seen as the best that could happen to the good people of Delta South Zone.One thing is sure, Hon Ejele will certainly deliver on his campaign promises because he is tested and proven and above all, his love for his people knows no bounds.
His style of politics is built in character, candour, love embedded with the fear of God.
He knows where the shoes pinches and would stop at nothing to better the lives of his people at the upper legislative Chamber through robust representation.
Finally, Hon Diden Michael, popularly known as Ejele is the man to beat; the right man for the job as Senator representing Delta South Senatorial District in the Hallowed chamber come June, 2023 by the grace of God.