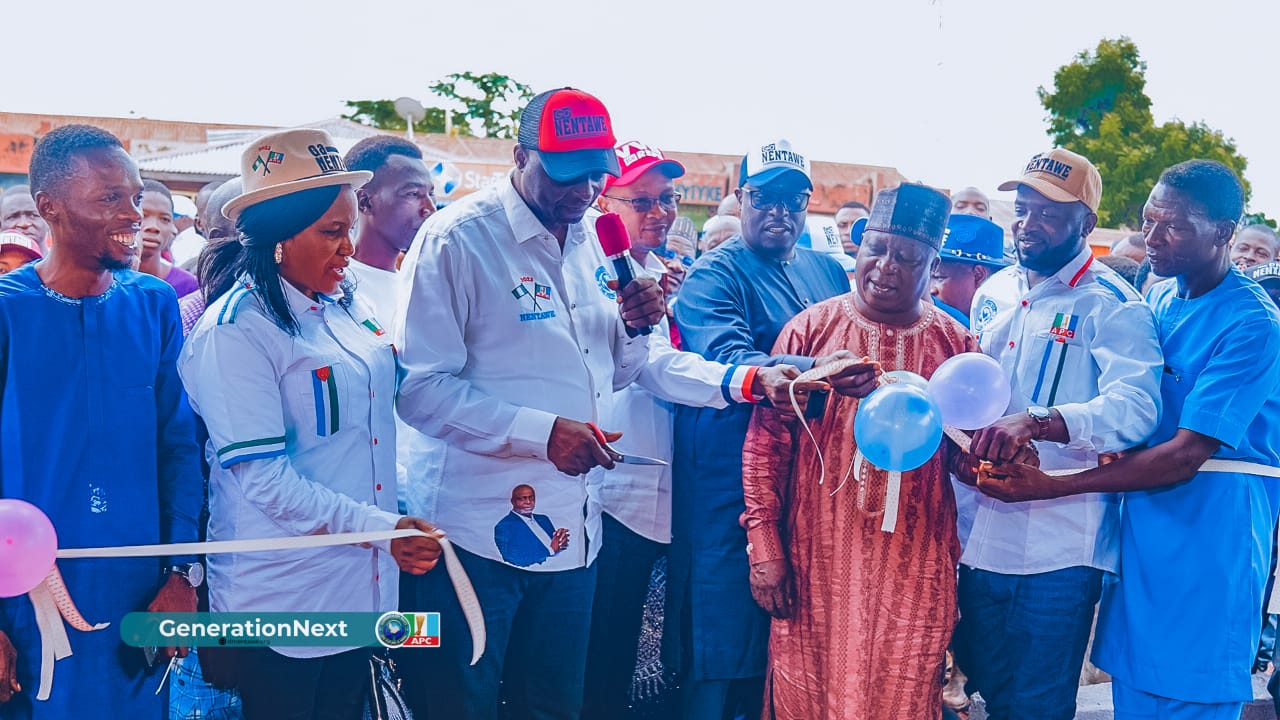 APC Youths Support group on the platform of Generation Next has donated a Campaign office to the Governorship Candidate of the All Progressive Congress APC Dr Yilwatda Nentawe in Mabudi, Langtang South LGC of the state

According to Andrew, said electing Dr Nentawe as the Governor of Plateau State will create liberation and empowerment for the Youths in the State

He disclosed that already out of the over 30,000 active youths in Langtang South, 15,000 youths with their Voters card will massively vote for Dr Nentawe come 2023.

“We have already in our registered have 15,000 active youths who are campaigning for Dr Nentawe to be elected as Governor of Plateau State, Langtang South is for Dr Nentawe, the Campaign office is the first step of the committee for the success of the APC in the State”

Dr Nentawe while commissioning the Generation Next Campaign office thank the youths for the donation, and pledge that Plateau people, particularly the youths will not regret voting for him as he has resolved to work towards securing the state.

“We will engage, empower and employ Plateau youths and dedicate 10 per cent of our resources to the youths to enable them to become economically self-reliant.

“We will be transparent, free, fair and run an all-inclusive government while the youths will be mentored and appointed as commissioners and other positions.”

Meanwhile, the CAN Langtang South and RCC Chairman Mabudi Rev. Oliver Bongnim, have prayed for Dr Yilwatda Nentawe, his wife, running mate and other candidates ahead of the 2023 elections.

He charged Nentawe to distinguish himself as the biblical Daniel did in his leadership position according to Daniel chapter six verses there to six.

Rev. Bongnim said power belongs to God and so desire gives to who’s ever he wants and tasks him to pray fervently to God to give him wisdom throughout the campaigns.