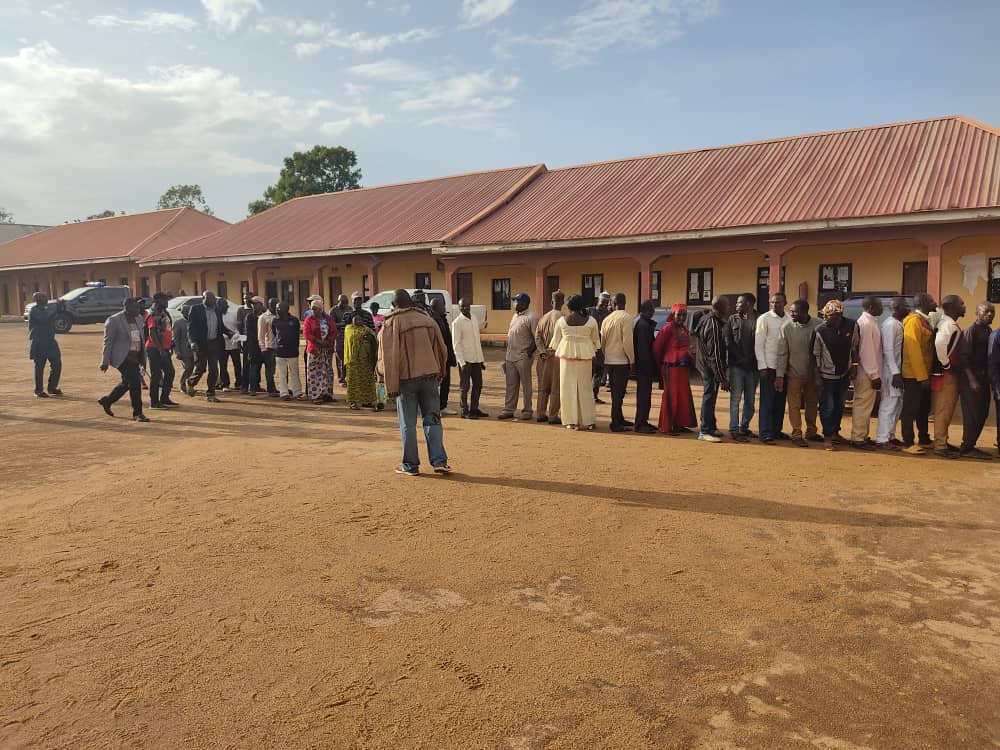 As the Ruling Party, All Progressives Congress (APC) holds its Local Government Congresses in Nigeria, Plateau State is not left behind as cross sections of the Stakeholders in Plateau Northern Senatorial Zone where our correspondent visited adjudged the processes as free, fair, credible and peaceful.
They commended the electoral monitoring team for making it possible for the elections to be successful.

Most of the 27-man LG Executive Committee in most Area emerged through consensus and what was being done was affirmation, while the open ballot popularly known as the “Option A4 system”, “kato bayan kato” was used where there were no consensus. All the 27 Federal Ward Executives were Delegates with 5 Adhoc delegates from each Federal Ward participated in the congresses.

The Management Committee Chairman of Jos North LGC, Hon. Shehu Usman applauded the peaceful conduct of the congresses which held at the Council Secretariat.
He commended the Leader of the Party in the State for encouraging consensus, a decision he said has engendered unity and understanding in the party.
He appreciated the supporters of the party for demonstrating better understanding with the consensus decision which was observed during the Ward Congresses and urged them to work for the success of the party at all levels.
He disclosed that the party made sure all tribes in the Local Government are carried along on account of the cosmopolitan nature of the Area.

Alh. Sani Gangare emerged as the Local Government Chairman from the affirmation of the consensus.

In Jos South LGA, the situation was not different as all the 27 Officials were affirmed through consensus.
Hon. Ayuba Jagaba, the APC Deputy Chairmanship Candidate of Jos South LGC described the congress as peaceful, transparent and the best he has ever experienced.
He said the 27 positions were zoned to the 5 Districts in the Area. He lauded the understanding of those who indicated interest to contest for positions but had to withdraw due to the consensus arrangement.

Hon. Ayuba Pam, the SA on Media and Publicity to the Executive Secretary of the Nigeria Christian Pilgrim Commission (NCPC) adjudged the congresses as peaceful and said one of the key component of the congresses was the emphasis on consensus which he said provided the leverage that the party needed in order to fortify itself and to enlarge her coast in terms of unity and mutual cooperation.
The congress held at the Local Government Education Area Office Bukuru in Jos South LGA.

In Riyom LGA, it was also affirmation of the 27 consensus candidates.
The Transition Committee Chairman, Hon. Mafeng Gwallson who lauded the peaceful conduct of the process appreciated stakeholders from the area for exhibiting understanding for the consensus option adopted in the Area.
The affirmation of the consensus Candidates which held at the MDG Halls Riyom LGA saw Hon. Ntoy Ngyang Gwong.

In Barkin Ladi LGA, the congress which held at the Local Government Secretariat at Gwol was a different scenario as the Chairmanship position was keenly contested between Mr. Stephen Haruna who emerged as the Chairman with 252 Votes against Mr. Timothy Choji Kim who pulled 118 Votes.

All other 26 positions were unopposed. The open ballot (option A4 System) was used to produce the Candidate as provided for by the APC Constitution.

The Management Committee Chairman of Barkin Ladi LGC, Da Hon. Jock Alamba expressed satisfaction with the conduct of the congresses which he described as impressive and commended the electoral monitors as well as delegates for their peaceful conduct all through the processes.

We will keep you abreast with the conduct of the congresses in Bassa, Jos East from the Zone and other LGAs in the State.