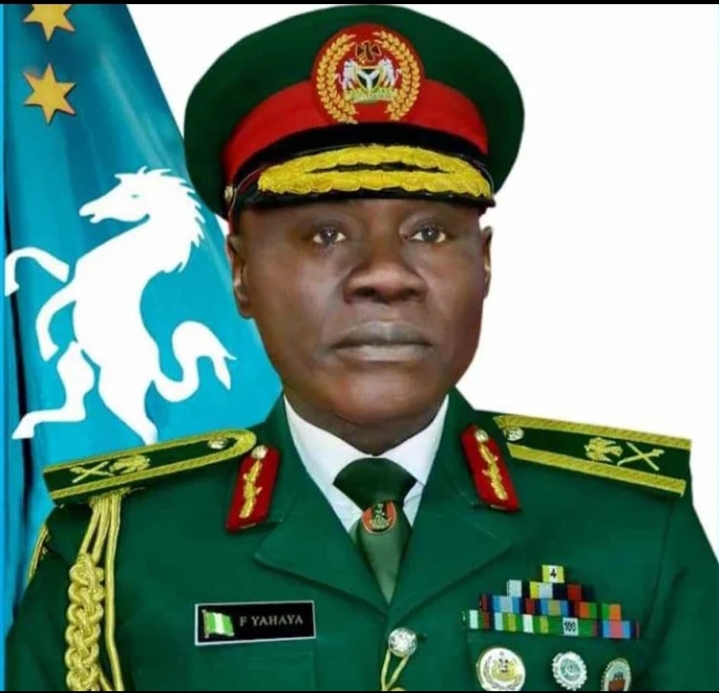 This was contained in a statement on Thursday by the military spokesperson, Brigadier-General Onyema Nwachukwu.

In April 2020, he was named theatre commander of Operation Lafiya Dole, the military’s campaign in the North-East, recently renamed Operation Hadin Kai.

“Prior to his appointment Major-General Yahaya was the General Officer Commanding 1 Division of the Nigerian Army and the incumbent Theatre Commander of the Counter terrorism Counter Insurgency military outfit in the North East code-named Operation HADIN KAI,” the statement added.
His appointment came barely six days after the former Chief of Army Staff, Ibrahim Attahiru, and 10 officers lost their lives in a plane crash in Abuja.

It was the third air disaster this year for the military, which is fighting a decade-long insurgency in the North-East, kidnap gangs in the North-West and separatist agitations South-West and South-East.
Yahaya’s nomination needs confirmation from the National Assembly.

His predecessor Attahiru, who died in the crash Friday, was appointed in January.