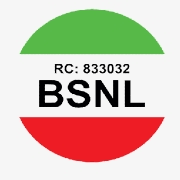 Bleneson Services Nig Ltd, contractors of the Lalong Legacy Project have stated that the Plateau State Government has not terminated their contract and therefore has no right to re-award the same contract to another contractor.

The Managing Director of Bleneson Services Nig Ltd, Engr Lawson Ngoa, stated this in an interview while responding to reports of the recent approval of a new contractor and N26.6B for the completion of the Legacy Project by the Plateau State Executive Council.

He further faulted the government for saying they were terminating or have terminated the contract on the grounds of non-performance after the Plateau State Governor, Simon Lalong has been quoted in interviews saying the project was 70 percent to completion. “If we have done 70percent like they say, what then will stop us from completing the project?” He said

“We don’t need to compound this issue, bringing in another contractor now when the main contractor is still alive, and the case is still before the court of Law, we will only compound the issues more as bringing in the new contractor will amount to more litigation, and the more we go into litigation the more the project will still not be done”.

“This case is before the court of Law and we have not been paid a dime by anyone neither has anyone been sent to me nor approached me for settlement, and there is no consent agreement made all through the one year that the case has been in court”. Engr Lawson said

He further stated that he was also in support that the Lalong Legacy Project being completed as it was for the overall interest of the Plateau State Citizens.

The Projects, 21 in all, were dubbed ‘Lalong’s Legacy Projects and they include 9 Primary Schools, 6 Secondary Schools and 6 Hospitals, all of world-standard and located across the 17 local government areas of the State.

Recently, the Plateau State Executive Council at a Meeting held at the Council Chambers of the new Government House, Little Rayfield Jos, and presided over by Governor Simon Bako Lalong, approved a new contractor for the completion of the Lalong Legacy Projects.

Recall that Bleneson Services Ltd had on March 16, instituted a suit seeking to restrain the Plateau government from terminating its contract with the company for the construction of schools and hospitals under the Lalong Legacy Projects.

The institution of the suit was after the Plateau state government issued a 30-day “Notice of Termination of Contract” on the Company on March 9, following what it claimed to be failure of the company to deliver a phase of the project.

Presiding Judge, the Chief Judge of Plateau State, Justice Yakubu Dakwak, struck out the case after it held that there was a failure of mandatory steps failed to be taken by the defendants as required by the rules of court which robbed the court of jurisdiction to handle the matter. However Bleneson Services Nig. LTD. have since filled in an appeal and awaiting the verdict of the Court.