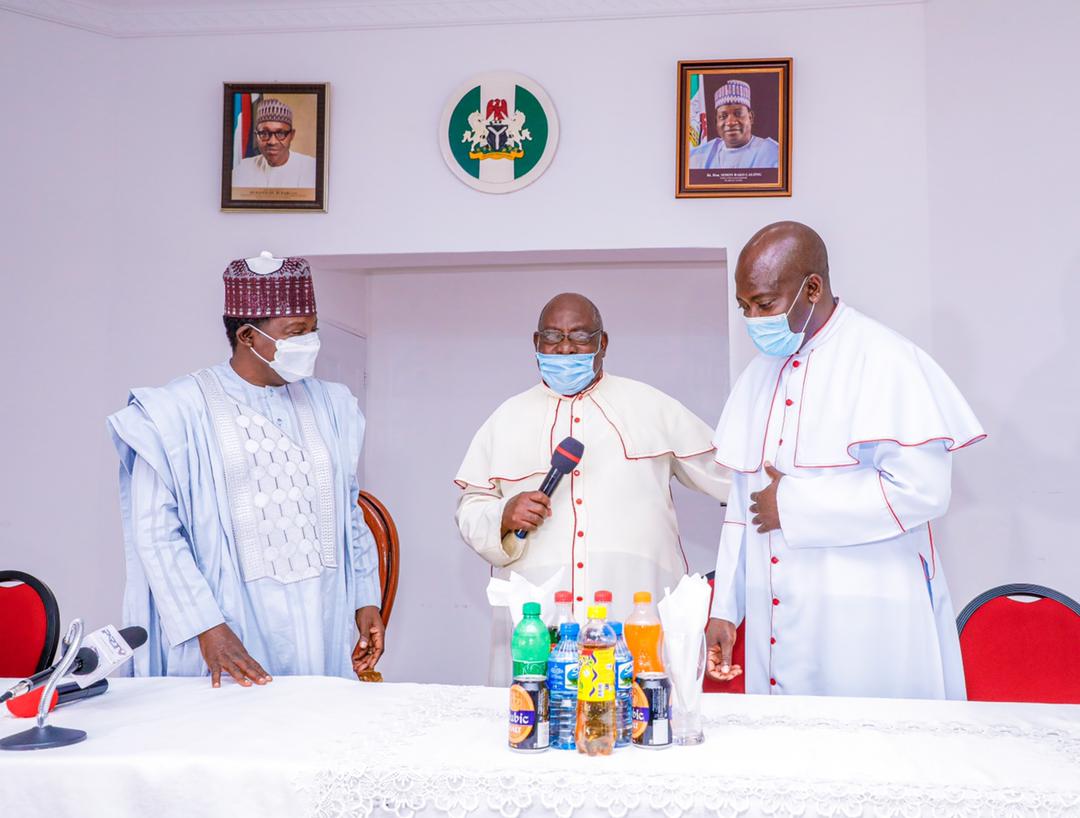 The Catholic Archdiocese of Jos has presented the Bishop-elect of Lafia Diocese Mnsgr. David Ajang to Governor Simon Bako Lalong.

Leading a delegation to the Government House Rayfield Jos on behalf of the Archbishop of Jos, Rev. Dr. Matthew Ishaya Audu, Mnsgr. Benedict Obidiegwu said the appointment of Ajang as the Bishop of Lafia is a good development for the Archdiocese of Jos which is proud to have had the privilege of grooming him for this very important assignment.

He appreciated Governor Lalong for giving Msgnr Ajang the opportunity to serve as the Chaplain, Plateau Government House Chapel and giving him the necessary support to succeed and be recognised for higher responsibilities.

Obidiegwu said the Archbishop of Jos and the faithful are optimistic that he will succeed in his new assignment having recieved training, support and prayers.

Governor Lalong said he was very happy with the appointment of Msgnr Ajang who had devoted himself to prayers and the spiritual wellbeing of the State during his tenure as chaplain of the Government House Chapel.

He said although the State would have wished to have him continue to serve in his former capacity, it is also aware that this elevation is the will of God and he also has an assignment to discharge in that part of the country.

Governor Lalong used the opportunity to call on the Church to continue to pray for peace and security of the  nation as well as encourage their members to embrace peaceful coexistence and support leaders.

He wished the Bishop-elect well and said the State will be there to witness his official ordination as Bishop slated for the end of the month.