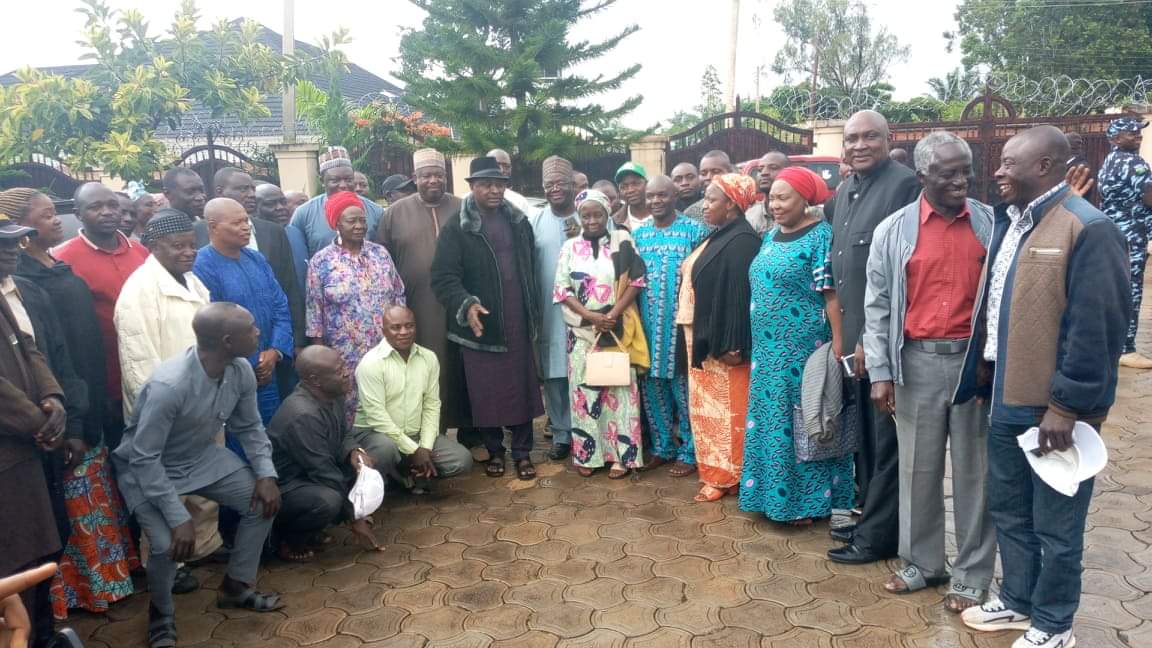 The People’s Democratic Party (PDP), Governorship Candidate in Plateau State and the leader of “The Time is Now” movement, Barr. Caleb Mutfwang, has been described as a great personality who is appealing to the consciences of majority of the citizens of the State owing to his charisma, leadership prowess, competence and capability.

The commendation came from stakeholders of the Party from Riyom Local Government Area (LGA) of Plateau State, who were at his residence on Friday 26th August, 2022 to congratulate and appreciate him for choosing an illustrious daughter of the local government area, Ngo Josephine Piyo, who they described as a grassroot mobilizer and a virtuous woman, as his running mate.

According to them, PDP has never lost Riyom LGA and they assured the candidates of their commitment to increase the winning margin this time around. They applauded the choice of the running mate, saying she served meticulously and diligently as State House of Assembly Member, Council Chairman, and in other capacities.

Ngo Josephine Piyo in her remarks assured the stakeholders that she will not disappoint them, and that she will be a loyal deputy who would fully support her boss when elected.

Barr. Caleb Mutfwang appreciated the stakeholders for the visit and promised to provide the right leadership the people of the State are yearning for. According to him, he will justify the confidence of the people with outstanding performance that will give them a sense of pride.

“God will not send angels to lead us. It is from imperfect people like us that leaders will arise. Together we’ll recreate and make possible a new Plateau which all of us will be proud of, and ensure that those villages that have been taken over are returned back to our people” he assured.

He urged the stakeholders to be more united and focused to give the PDP resounding victory at all levels of the forthcoming general elections.