Below are pictures of what has become a daily occurrence in Plateau state. Six attacks have occurred in six days. And in all cases, rumours of the attacks were prevalent and like the certainty of the sun rising, they happen.   ViewPointNigeria Analysis Deep soul searching needs to be undertaken by the Plateau State Government […]

Plateau State Governor, Simon Lalong,  has tendered his unreserved apologies to the people of Benue State and Nigerians over the comments he made following the murder of over 60 people by herdsmen in two local government areas. Lalong had told newsmen that he warned Governor Samuel Ortom of Benue against passing the anti-grazing law which […]

The honourable minister of sports, Barr Solomon Dalung has taken to his weekly “Sunday Corner” column to further accuse the Plateau State Governor, Barr. Simon Lalong of sidelining himself, Mrs Pauline Tallen, Traditional rulers and other top dignitaries during President Buhari’s visit to Plateau on 8th and 9th March 2018. With the opening line “And […]

Information reaching ViewPointNigeria indicates that operatives of the Department for Security Services have this evening swooped-on and tried to arrest Prophet Isa El-Buba, founder of the Evangelical Bible Outreach Ministries International –head quartered in Jos, Plateau state. It was unclear why men of the DSS have sought to arrest Rev. El-Buba, but many […]

At 12:00 noon this afternoon , the death toll from the Gashish district killings had reached one hundred and six . Thirty one corpses were recovered from Gindin Akwati , thirty four from Gana-Ropp, 8 from Shonong and the balance from small villages (e..g, Razat, Ruku, Nghar, Tanabu, […]

President Muhammadu Buhari has this evening, confirmed the constitution of the Boards and Governing Councils of 209 boards and Federal Parastatals. Over 1258 individuals from all parts of the country were appointed into various positions ranging from Board Chairman to Member etc. ViewPointNigeria’s review of Plateau state’s quota indicates that several individuals made the cut […] 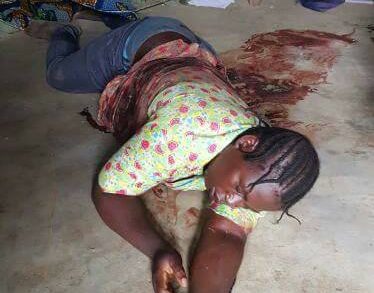 The killings in Plateau show no signs of abating, as Barkin-Ladi LGA has again come under heavy siege from herdsmen. Reports which have trickled in indicates that the last 48 hours has witnessed several ambushes, guerrilla attacks and killings across several villages – notably in Gashish district were up to 15 deaths have so far […]

Following the attempted arrest of the founder of the Evangelical Bible Outreach Ministries International by operatives of the Department of Security Services , the Christian Association of Nigeria leaders in the North Central have rallied round the pastor, showing solidarity. The leaders who stormed premises of EBOMI this morning at 7:00 am, remained locked […]

Plateau: Man whose wife and child killed in Gashish arrested by police on trump charges

Information available to us indicates that a survivor of the pogrom at Gashish Mr Nuhu John Gyang has been arrested by police in Jos, Plateau State. Mr John Gyang who lost his wife and Son in the attacks at Ex-lands attack was picked up by the police earlier this afternoon […]