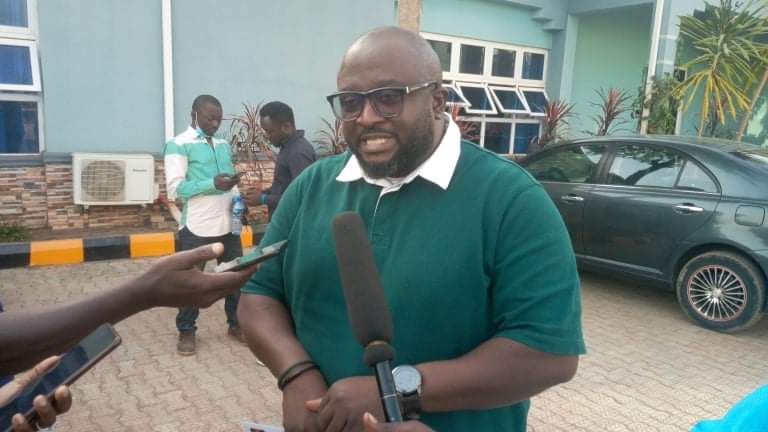 Plateau-Born Iconic and Prolific Film/Television Director and Producer, Dimbo Atiya has disclosed that despite the huge creative Talents, gifted personalities and enormous potentials in Plateau State, the State is still suffering bad image on account of the past violence that bedevilled it, urging the citizens to put in place deliberate efforts to erase the negative perception about the State.

According to him, the battered image of the State has repelled potential investors from the State and posited that it is incumbent on the citizens to ensure the right reputational laundering is done and the State is presented in positive light in order to regain its lost glory which hitherto was the entertainment and tourism hub of the Nation.
He therefore called on the citizens to work collectively to erase the negative image given to the State on account of past experience.

Dimbo Plateau State urged Media Experts to lead the campaign and fill the media space with beautiful stories about Plateau State a deviation from the gory stories on the Internet.

He urged youths to gain experience, support each other to grow as well as make effective use of the opportunities information Technology era presents.

“Develop/improve yourself and be well-informed to be relevant anywhere you are”
“Excellence and integrity are key competencies to success” he posited.
While commending the Jos Business School for the idea, he disclosed that it has for a long time had the interest the economy of Plateau State at heart which can be seen in the programmes they have been organizing and giving ideas on how to further the conversation of improving the economy of the State.
“I have been a Creative and Jos being known for most of the creative talents that we have around here, Jos Business School felt it was important that they bring back someone who has made it from Jos to have a conversation with young people and those who are interested in trying to improve the narrative on how we can improve the creative space in Plateau State”
“The people here are hungry for information and knowledge as well as eager to know how things are being done”
“There is so much potential here, only if we can harness this potential in the best way we can”
“When you goggle the internet about Jos what you see is crisis, bloodshed and other unpleasant news, the government must therefore be deliberate in putting out information and encourage people who can put out information about Plateau State that will saturate the social media and the internet so that when you google Jos it is easy for people believe that things have been restored and people are going about their normal businesses and the weather and climate is conducive for people to come and do their businesses”
“There are many filmmakers who want to come to Jos but are scared thinking the place is not safe which is a huge setback”
“Bombard the internet with beautiful stories and pictures about Jos” he said.

In his remarks, the Chief Executive of Jos Business School and former Secretary to the Government of Plateau State, Nde Ezekiel Gomos hinted that the Film Industry has employed over one million figure he said is bigger than government at all levels and required attention as it contributes about 3% of Nigeria’s Gross Domestic Product (GDP), earning close to 600 million Dollars to the economy.
“For a single movie produced in Nigeria today, it employs minimum of 100 people and up to 500 people”
“The Film Industry is something that we in Jos Business School (JBS) think is important to pay attention to”
“JBS will continue to add value to the society” he disclosed.
He said the Film Industry is a vehicle to economic growth and development saying if gotten right has the propensity to create jobs.
He said Plateau State has the potentials in the Film Industry and also called on the citizens to clean up the image of the State to make it attractive to investors.
“The image of Plateau State in the cyber space is negative and we must change it to positive, make sure when people google Plateau they see something good, no something about crisis”
“”We must make sure we tidy up the cyber space so that whenever you google Plateau State, you see positive” he concluded.

Director of News and current Affairs Plateau Radio Television (PRTV), Mr. Yakubu Taddy who represented the General Manager of the Corporation lauded the contributions of the Film Industry and advocated for more support in order for it to add value to the Nation and the citizens.

Dimbo Atiya is a Graduate of the prestigious New York Film Academy USA, the Founder of the “Jostified Movement”, an award-winning Film/Television Director and Producer with highly rated production credits like: Sons of the Caliphate, Halita, the Rishantes, Nawa Nawa, Drawing Strength and Still Falling.

The engagement had in attendance Students, emerging Filmmakers, Communication Experts and Film Enthusiasts.