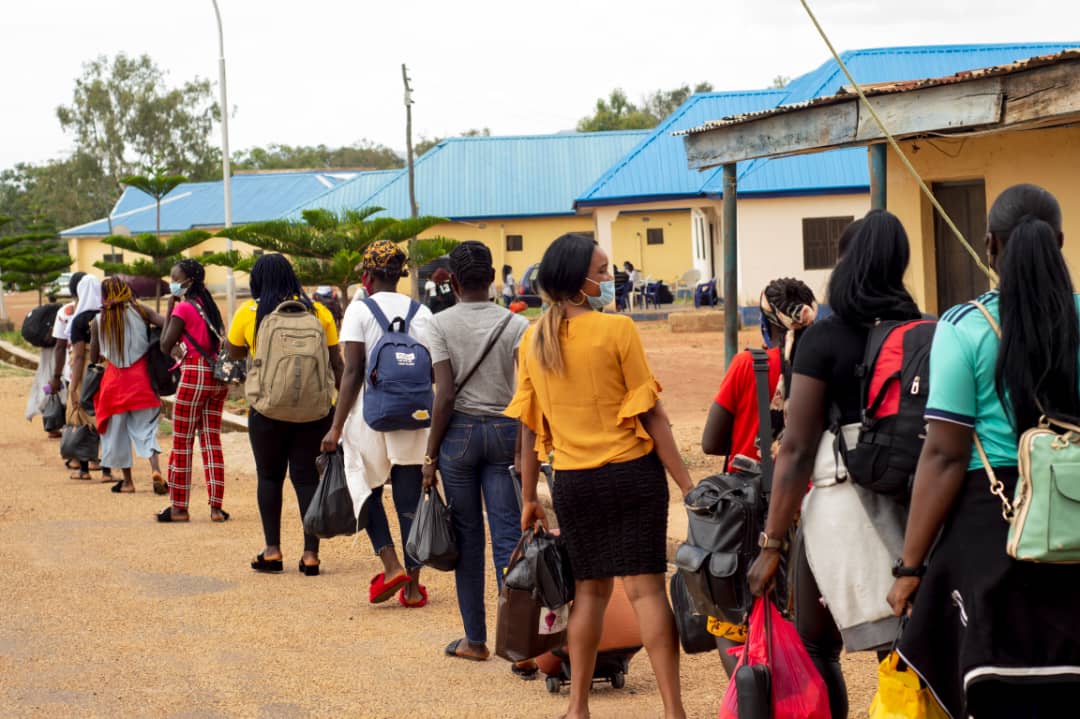 Institute of Governance and Social Research (IGSR)in collaboration with the Global Community Engagement and Resilience Fund (GCERF) is implementing the second round of a project titled “The Youth and Peaceful Coexistence in Community: The Plateau Case”, in Plateau Central Senatorial Zone. The overall objective of the project is to build community resilience to violent extremism and promote peaceful co-existence in Plateau State. The Youth Peace Camp is one of the major activities earmarked to help achieve the overall project goal. The camp is aimed at creating awareness on the evils of extreme behaviour and violence, re-orient the youth on the value of peaceful co-existence while enabling them to renounce extreme behavior and build their resilience to violent extremism.

IGSR just concluded its seventh Youth Peace Camp in Round II which started on the 23rd – 29th of May, 2021 with a total of 500 participants rebranded as Youth Peace Ambassadors graduating from the camp. In Round I of the project, 1,711 (One Thousand, Seven Hundred and Eleven) Youths from Bokkos, Mangu, and Pankshin were sponsored to participate in 5 Youth Peace Camps (450 participants per camp). Due to the success from the first round, a second round of the project was approved and extended to the two other Local Government Areas in the Central Zone (Kanke and Kanam). In Round II, 7 camps have been organized for youths drawn from the Central Senatorial Zone (Bokkos, Mangu, Pankshin, Kanke and Kanam Local Government Areas) in batches of 500 per camp. A total of 3,386 (Three Thousand, Three Hundred and Eighty-Six) youths have been trained on the project.

During the camp, the youth received lectures from resource persons in important subject areas to reorient them about peaceful co-existence and educate them on means of resolving conflicts, anger and stress management, etc. They were also engaged in series of physical and mental trainings aimed at building teamwork, endurance and tolerance. Some of the lecture topics discussed during the camp include: Towards De-radicalization of the youth: The Role of Religious Leaders; Youth as Agents of Non-violent Change in Nigeria; Role of Sports in Peace Building and National Unity; Extreme Behaviour and Societal Harmony; Entrepreneurship Skills and Capacity Building for the youth, amongst others.

During the lecture sessions, the participants were taught that diversity is a strength and not a weakness, alternative ways of resolving conflicts without resorting to violence, how to resolve issues in their communities, the need for tolerance and respect for differences, importance of effective communication, entrepreneurship, amongst others. During the physical drills, participants were taught and learnt the importance of teamwork, living in unity, etc.

At the end of the camp, all the 500 camp participants graduated and were inducted into the Peace Ambassadors Network. As a member of the network, they are required to be agents of change and ambassadors of peace in their communities, support initiatives organised by other youth peace ambassadors, carry out community development services in their communities, such as sensitization and awareness, step-down lessons learnt during camp to other youths and become role models in their various communities.

The Closing Ceremony of Youth Peace Camp VII held on the 29th of May, 2021 at the Citizenship and Leadership Training Centre (CLTC). The event was chaired by the Commissioner of Police, Plateau State, who was represented by the Divisional Police Officer, Nasarawa Gwom Division, SP Musa Hassan. Other notable dignitaries were IGSR and C&LTC Staff, media personnel and Security Agencies. The C&LTC Coordinator welcomed everyone present and congratulated the participants, the organisers (IGSR) and the sponsors (GCERF) for the successful completion of the Youth Peace Camp. He thanked them for their selfless acts of service and commitment and urged the participants to practice all they had learned in their communities. Following the remarks by the Unit Coordinator, IGSR’s Director of Administration, Dr. Waheed Adedeji welcomed everyone to the closing ceremony and appreciated the accompanying officers, recruiters, stakeholders and IGSR staff for a successful camp and congratulated the participants and security personnel for maintaining a peaceful camp. He urged the participants to be representatives of peace in their communities. The course report was then presented by the Unit Course Officer.

Guests were also entertained by participants of the cultural dance troupe who acted a drama portraying the importance of unity and emphasizing that violence does not bring about the development of the people or a nation. Participants at the end of camp identified issues, charted out solutions and made recommendations in a communique signed by 10 representatives from the five LGAs and adopted by all participants. Some of the issues raised were: religious and ethnic intolerance among community members, unemployment which has led many youths into crime and other dubious acts, lack of proper upbringing, love for money and primitive accumulation of wealth which has led some religious and political leaders to engineer youths into acts of violence, and drug abuse by the youth amongst other issues. Some of the resolutions made by the participants include: organizing activities aimed at encouraging religious and ethnic tolerance among the youths, create awareness on the need for youths to be self-employed by acquiring the needed skills to earn a living, enlighten parents on the need to teach their children to be self-sufficient and instill in them virtues of hard work, honesty and diligence and step down lessons learnt in the course of the camp, by creating awareness to fellow youths through community meetings, dialogues, seminars and peace rallies.

Following the presentation of the communiqué, IGSR’s Project Manager, Ms. Victoria Isawa-Elaigwu encouraged and advised participants to step down what they have learnt in their communities and stand together for peace to make Plateau great. The Senior Programme Officer IGSR, Mr Samuel Emelis gave the vote of thanks and encouraged the participants to use the knowledge they gained during the camp to support peaceful co-existence in their communities. Finally, IGSR’s Project Manager inducted the participants into the Youth Peace Ambassadors Network after which the Chairman of the occasion declared the camp closed. Participants then departed to their respective LGAs.