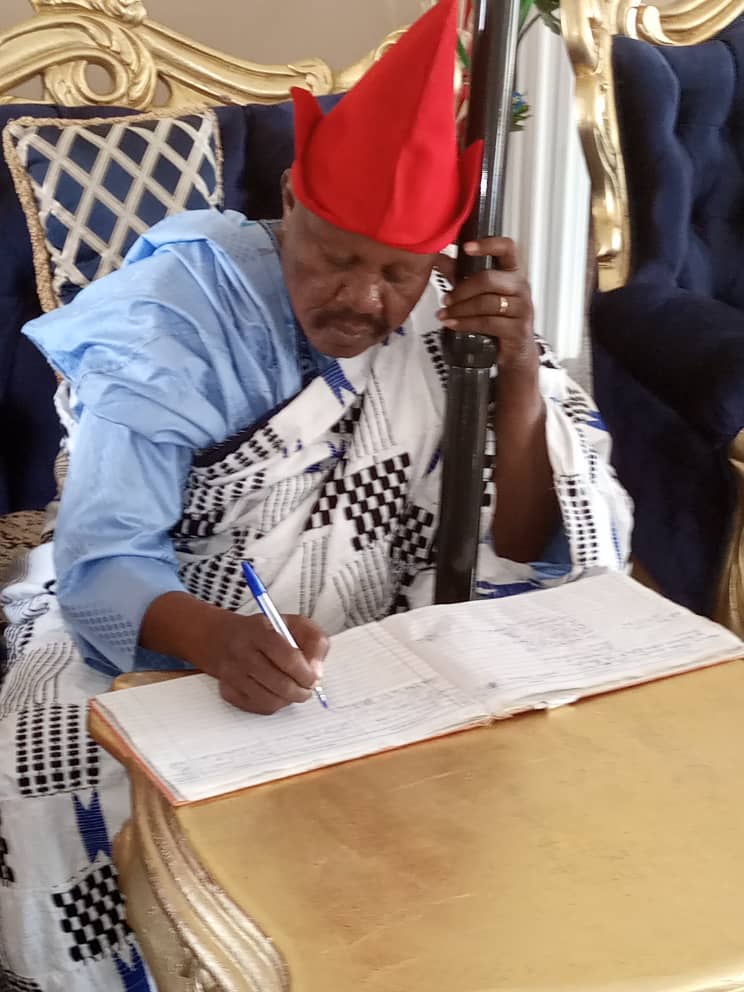 Thousands of people include Gamai’s Masquerades lined up the road in their traditional attires carrying fresh leaves to welcome the traditional ruler in what observers described as a triumphant entry into Kwo.

Prior to the arrival of Miskoom Fidelis Attahiru Longtoe 1 from Jos to Kwo, traditional preparation and rites of passage was concluded before his home coming as he was ushered into the palace .

The Long Kwo also stopped over to pay homage to the Long Pan Nda Emmanuel Dabang and the Chairman of Qua’anpan LGC Hon. Abdulmalik Haruna at the council secreteriat in Baa’p .

He further promised to build bridges of reconciliation and friendship with neighbouring communities with a view to ensure harmonious co-existence among the people adding that no meaningful development will take place in an atmosphere of bitterness and rancour .

The new Long Kwo also said he hold in trust the mandate that was given to him by the people stressing that he will continue to interface with relevant Government agencies to ensure that Kwo as a farming Chiefdom get farming implements and inputs so that they can engage their youth who have been made idle for the past 33 years to contribute their quota to the development of the Chiefdom, State and the Federal Government food security initiatives .

He assured that he will carry all Princes of the Chiefdom along in his quest to unite the people and develop the Chiefdom for the benefit of all.