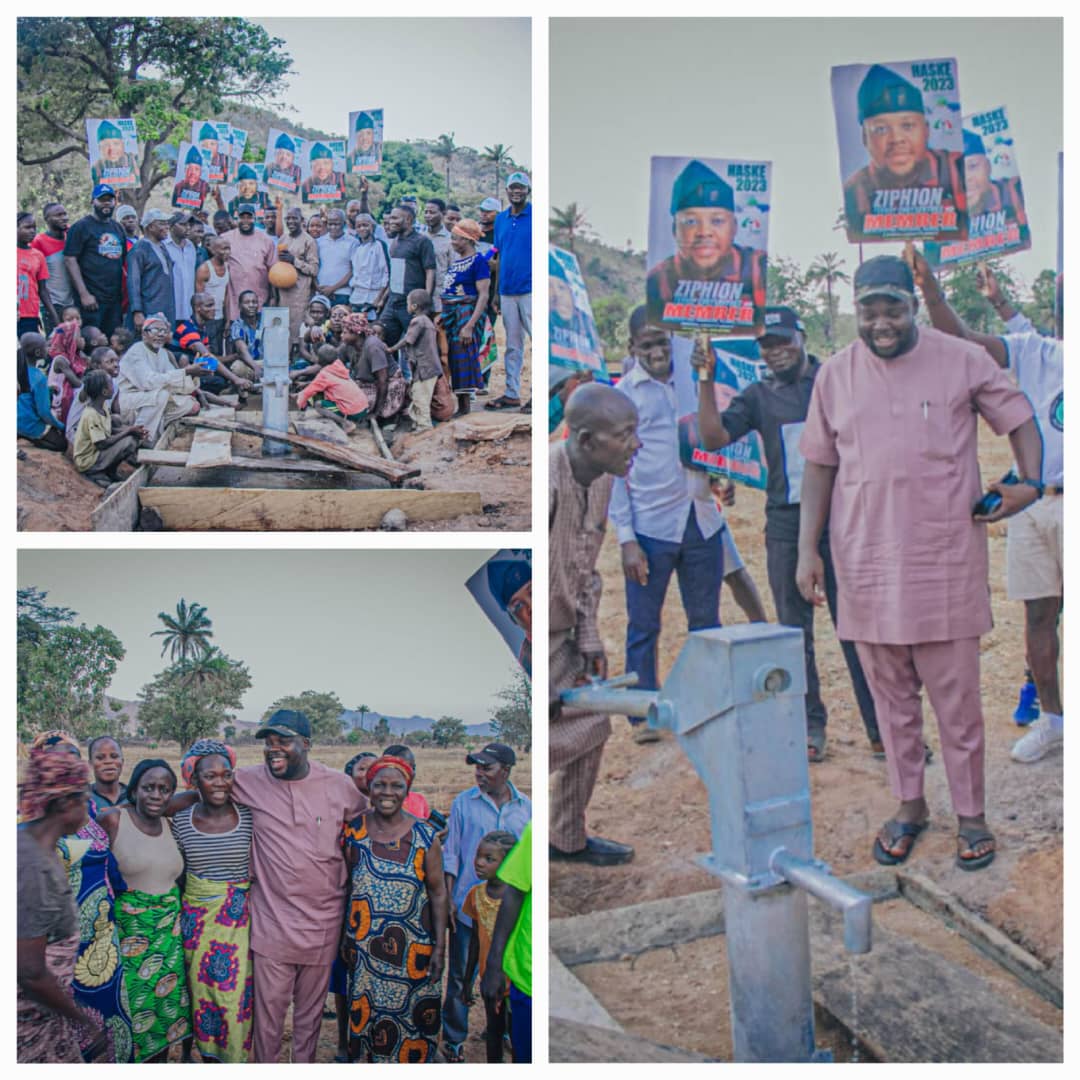 This is Yangshong a Community in Chip Pankshin South. Last year December, 2022, the Community approached Hon. Ziphion Chrysanthus Terkop with a plea for him to come to their aide as they do trek miles to have Drinking water. They lamented how tiring and frustrating it is for them to access Drinking water.

As a humanist, Servant-leader and one whose joy is putting smiles on the faces of his people, Hon. Ziphion immediately swung into action and with God’s help, the community bow has Portable drinking water, after Ziphion dug this Borehole for them. Humanity above everything, that’s Ziphion. Leadership at its peak.