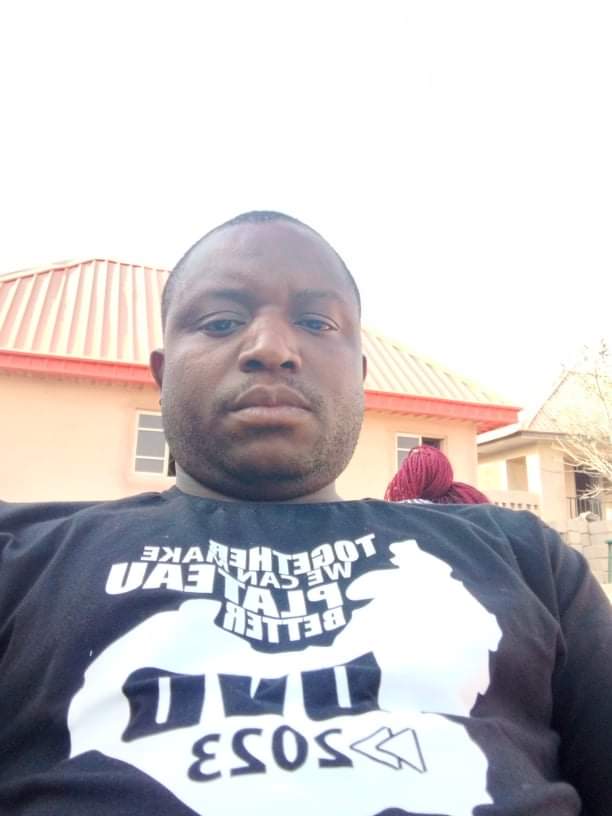 The political ralvary between Hon. Diket Plang and Hon. Letep Dabang is not over until it is over, you all will recall that the man behind the coming out of Hon. Sir John Damap as Chairman, Pankshin LGA was Letep Dabang, and in his usual political calculations, he tactically brought Diket Plang into the movement to enable them get chunk of the votes from Pankshin North knowing fully well that
Diket Plang is a borne that cannot be thrown away, but Letep as a political Maradona kept the joker of the game to himself without sharing it with Diket, immediately after the 2018 LGA election, Diket and Letep shared all the political positions to themselves, the movement was a jolly good fellow until 2019 when Letep Dabang brought a silage hammer that stops Diket from going to the National Assembly Abuja, to make matters worse for Diket, all his boys were relieved of their appointments in Pankshin, these pains Diket and he swore to avenge what Letep did to him, Diket who calls himself a smart politician reach out to those who perceive Letep as a threat to their political movement and started digging a pit for Letep and to avenge as promised what he Letep did to him at the Local Government, first, it was the 10 SAs appointment send to each Local Government by the Governor, Diket in conjunction with Nde Kakmena and others dealt a blow to Letep Dabang by removing all the names submitted by him and replacing them with their cronies, this did not send a clear message to Letep who pride himself as a Masquerade, while Letep was basking in the euphoria of Plateau Political Masquerade Diket Plang and Co are planning on how to oust him, when the news of their plans filtered to him, he Laughs Out Loud LOL and bragged that “No one can remove him as APC Chairman, Plateau State.
Then came the nuclear bomb that destroyed not only Letep but his political carrier in Plateau State, today, the smart guys has finally unveil the Masquerade in the market square, they are not stopping it within themselves but taking the fight to Pankshin Local Government as a whole, I have reliable information that prior to his suspension, Letep Dabang has a list of who will become LG Chairmen of the 17 Local Government Areas of Plateau State, but the suspension destroyed his plans, with these, Diket and group are banking on the suspension to install their own in the next coming LG election by bringing Hon. Audu Kakmena, Commissioner for Higher Education, Plateau State, while Letep who is making Frantic efforts to clear his name, secretly come out with Engr. Gabriel Abafras from Kangshu and ask his supporters to work for him while Diket Plang and his sacked boys are working for Hon. Kakmena, just like how Hon. Letep Dabang brought Sir John Damap, Diket Plang and group are planning on bringing Hon. Audu Kakmena so that the revenue and federal allocation of Pankshin Local Government will be shared like how it’s done under Sir John Damap.
It will interest the good people of Pankshin to know that both Letep and Diket do not mean well for the Local Government, they are after their selfish interests not that of the masses of Pankshin Local Government Area, therefore, I am calling on the good citizens of Pankshin Local Government Area to beware of the candidates of Diket Plang who is Hon. Nde Audu Kakmena and that of Letep Dabang, who is Engr. Gabriel Abafras, Pankshin as a local government area is bigger than two men, having said that, I urge the good people of conscience from Pankshin Local Government Area to choose between Hon. Golbe Mpom and Rotshak Gideon Yokden for the betterment of Pankshin Local Government Area and for us to hand over a befitting Local Government Area to the next generation.

A World in Transition: Where are the fathers? – By Alfred Dapal Damiyal