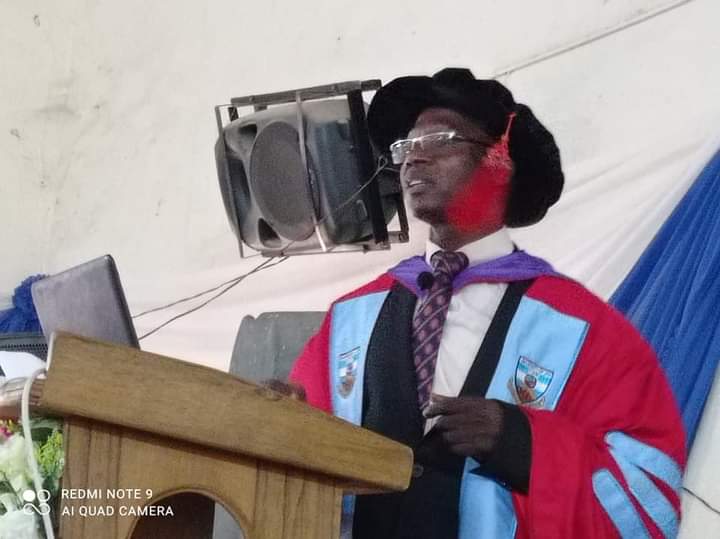 A University Scholar, Professor Josiah Mutihir, a Professor of Obstetrics and Gynaecology with the College of Health Sciences University of Jos and a Consultant Obstetrician and Gynaecologist with the Jos University Teaching Hospital has charged government at all levels to dedicate budget lines for Family Planning, ensure such budget lines receive financial backing, make available funds and monitor the effective utilization of the funds.

The Scholar also recommended that all Family Planning Counseling, commodities and services be made free and readily available in all Primary Health Clinics and facilities across the Country.
The reproductive Health expert advocated for the inclusion of Family Planning to the exclusive legislative list to make it more effective and for the mandate to be actualized.

He stressed that with about 1.8 billion Women of reproductive age worldwide and about 114 million to 120 million sexual intercourse taking place daily worldwide likely to result to 910,000 conceptions per day and about 213.4 million pregnancies annually, Family Planning becomes imperative considering it tremendous benefits to the Mothers, Children, family, the Community and the Nation at large.
He said about 85 million representing 40% of the pregnancies were unwanted or unintended, and 38% resulted in an unplanned birth. He further disclosed that out of the 213.4 million annual pregnancies, 190 million (89%) were in less developed Countries while 23.4 million (11%) were in developed Countries. According to him, the high population growth from unintended pregnancies in less developed Countries call for serious concern.
“Unintended or unwanted pregnancy occurs and is an issue” he posited.
He hinted that unintended pregnancies can be prevented by Family Planning using natural or modern methods of contraception.

He hinted that while in lower animals, sex is reserved for reproduction, in mankind, it is not only for reproduction but for intimacy, pleasure etc which comes with responsibilities to pay by the human race.

According to the Scholar, available records has it that global population increases by a million every four (4) days with about $1.7 billion a year expended on modern contraception and methods utilized. Family planning minimizes the risks involved in any pregnancy.

The University Don decried how family planning is misunderstood by stakeholders, how myths and misconceptions are adversely affecting family planning thereby discouraging the service.

The Scholar made these known as the Inaugural Lecturer at the 98 Inaugural Lecture of the University of Jos with the theme “Family Planning and Contraception: The Truth, the Whole Truth and Nothing but the Truth”.

Prof. Mutihir said Family Planning allows individuals and couples to anticipate and attain their desired number of children and the spacing and timing of their births which is achieved through the use of contraceptive methods and the treatment of involuntary infertility.

He lauded some prominent Traditional Leaders who sparingly make comments on national interest but have thrown their weight behind planning and have voiced at different occasions that ‘Nigeria’s population, a liability not an Asset’, ‘Nigeria is sitting on a time-bomb as its population keeps rising without corresponding plans for the citizens’ and ‘We are having bandits in the country because Nigerians are producing too many children’.

Prof. Mutihir reminded the Media and National Orientation Agency of the roles they have to play by continually and freely informing and educating the public on the availability and benefits of family planning to all as well as demystifying the myths and misconception about family planning.

The Acting Vice Chancellor of University of Jos, Prof. Gray Ejikeme described the Inaugural Lecturer as a celebrated Scholar in the academic who is contributing immensely to the growth and development of the society and humanity as a Reproductive Health Professional.

He said the lecture has provided the platform for the acquisition of knowledge on the chosen topic and the utilization of same.

He commended the staff of the Institution for stimulating growth of the University and the high impact to human lives and the society.