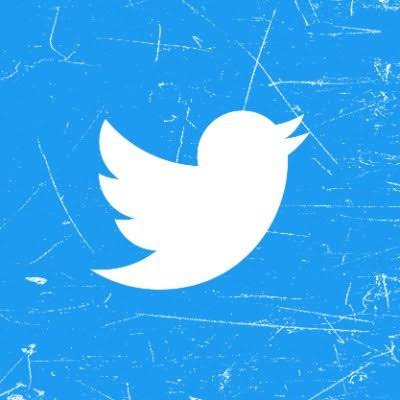 It is increasingly becoming clear that had the Buhari government known that suspending the microblogging site, Twitter, would expose it to so much ridicule and approbium within and outside the country, it would not have even contemplated it in the first place. But for a government that had long ago gone into disconnect mode and lost touch with the citizens it purports to govern, that ill-advised action did not come as a surprise to many Nigerians.

And for still many other Nigerians who had for long maintained that the Buhari administration had run out of ideas for effectively governing the country and digressed onto an egocentric misadventure of protecting the narrow interests of one religion and one ethnic group, the Twitter saga has once again confirmed their beliefs.

In all of these, however, there is a silver linen which will sooner or later rain down generous blessings on our citizens and lead to the edification and upliftment of our country. For the moment though, some of these blessings may not be tangible as they are now in the realm of ideas and values. But the results shall ultimately be bountiful and enduring.

Our position is partly founded on this sound belief enunciated by Martin Luther King Jr.: “…it is as much a moral obligation to refuse to cooperate with evil as it is to cooperate with good. Noncooperation with evil is as much a moral obligation as the cooperation with good. And I submit that the individual who disobeys the law, whose conscience tells him it is unjust and who is willing to accept the penalty by staying in jail until that law is altered, is expressing at the moment the very highest respect of the law” (Love, Law and Civil Disobedience).

All over Nigeria, and the whole world, the Buhari government is coming under heavy criticisms for that ‘evil’ pronouncement banning Twitter. Interestingly, many Nigerians have now gone beyond the usual ‘wailing’ about the Federal Government’s serial failures to practically demonstrating their defiance against this ban. They dutifully showcase their acts of breaking that insidious law by publicly displaying their tweets.

On Saturday, June 5, 2021, Minister of Justice, Abubakar Malami, had ordered the Director of Public Prosecutions of the Federation (DPPF) “to liaise with the Ministry of Communications and Digital Economy, National Communications Commission and other relevant agencies to ensure the speedy prosecution of offenders [breaking the pronouncement banning Twitter] without further delay.”

But that same day, Punch newspaper reported that “…the directive drew the ire of Nigerians, who protested the ban with the top-trending hashtag #KeepitOn that had gained over 260,000 tweets at 8.30 PM on Saturday. Among the other top-five trends were the #TwitterBan with more than 322,000 tweets and #Buhari Must Go, which was tweeted over 90,000 times.”

Although sounding very defiant, Former Minister of Education, Oby Ezekwesili, also saw the silver linen in the unfolding events and tweeted: “Here’s a sliver of hope one finds in this tragedy of our @Nigeria Gov’s #TwitterBan. The depth of the administration’s anger shows that our citizens are slowly but surely winning in their demand for a Nigeria that works…. @Twitter enormously helped the emergence of engaged Nigerians and the voice of our land…. I… vehemently oppose the @TwitterBan Nigeria #KeepitOn.”

Co-founder, #BringBackOurGirls, Aisha Yusuf, was not left out. Hear her: “I made peace with myself and have prepared myself for either arrest or assassination. They can kill my body, but not my voice….”

This is the kind of civil disobedience that Martin Luther King Jr. and Mahatma Ghandi before him used to mobilize their peoples and humanity to stand up against the injustices of their respective climes. While King galvanized the American civil rights movement in the 1950s and 1960s using non-violent, civil disobedience to gain major political, social and economic concessions for African Americans, Ghandi deployed same to win independence for India from Britain on August 15, 1947.

What Aisha Yusuf and millions of other Nigerians are affirming here and elsewhere perfectly dovetails into this assertion by Martin Luther King: “Well, a just law is a law that squares with moral law. It is a law that squares with that which is right, so that any law that uplifts human personality is a just law. Whereas that law which is out of harmony with the moral is a law which does not square with the moral law of the universe.”

On June 5, 2021, the Senior Special Assistant to the President on Media and Publicity, Garba Shehu, issued a statement explaining the Twitter ban.

This is one of the reasons he advanced: “Major tech companies must be alive to their responsibilities. They cannot be allowed to continue to facilitate the spread of religious, racist, xenophobic and false messages capable of inciting communities against each other, leading to loss of many lives. This could tear some countries apart.”

This only re-enforced what Lai Mohammed, Information Minister, had said the previous day, June 4. While announcing that ban, he put forward “the persistent use of the platform for activities that are capable of undermining Nigeria’s corporate existence” as one of the factors that prompted it. And for added effect, he declared that the Federal Government had directed the National Broadcasting Commission (NBC) “to immediately commence the process of licensing all OTT and social media operations in Nigeria.”

Mr. Shehu and Mr. Mohammed’s reasoning here is incredibly ironic because they are blaming the microblogging giant for the very crimes the Buhari administration has continued to prop up and perpetrate against a majority of Nigerians – especially ethnic minorities all over the country. Without looking any farther, has Mr. Shehu’s own comments about, and reactions to, the mass killings and murders of innocent citizens by Fulani herdsmen all over the country not been heavily tinged with “religious, racist, xenophobic and false messages” which have tended to make the aggressors look like the good guys and the victims look like the villains?

He even points to this self-evident fact about Nigeria as if it were a far-off possibility: “This could tear some countries.” Have the loose rhetoric and the actions of the Buhari administration in the last six years not already torn Nigeria apart along ethnic and religious lines? The tragic truth is there for all to see as Buhari’s kinsmen continue to have a field day in large chunks of the country – Oyo, Benue, Plateau, Ebonyi – uninhibited.

Does Mr. Shehu not know that his boss had already torn the country apart?

Furthermore, Buhari’s spokesman at once pontificates and passes a jaundiced judgement that has remained a clog on the path of unity and cohesion of Nigeria: “A terrorist organisation (IPOB) poses a significant threat to the safety and security of Nigerian citizens.” Unfortunately, for Mr. Shehu and his principal, very few Nigerians believe this hollow narrative.

This is because, first, Nigerians know that Fulani herdsmen are a much greater threat to “the safety and progress of Nigerian citizens” than IPOB. Second, the Buhari administration has consistently shown a predilection towards downplaying the real existential threat Fulani herdsmen pose to the overall wellbeing of Nigeria simply because they are at the centre of an unfolding agenda which many believe Buhari is party to.

You could go on and on picking holes in Mr. Shehu’s justification for closing down Twitter. But suffice it to say that those countries that the Buhari administration has gone to begging for assistance have also joined in condemning this action.

On June 5, 2021, the diplomatic missions of Canada, the European Union (Delegation to Nigeria), the Republic of Ireland, the United Kingdom and the United States of America expressed their “disappointment over the Government of Nigeria’s announcement suspending #Twitter and proposing registration requirements for other social media.”

While declaring their support for the fundamental rights of citizens to free expression, they declared that muzzling the media “inhibits access to information and commerce at precisely the moment when Nigeria needs to foster inclusive dialogue and expression of opinions…. The path to a more secure Nigeria lies in more, not less, communication to accompany the concerted efforts of Nigeria’s citizens in fulsome dialogue toward unity, peace and prosperity.”

While the Buhari government is becoming more and more isolated abroad, it is worthy of note that more Nigerians are also lining up to openly defy the government and show that banning Twitter is unlawful and ill-conceived.

According to SAHARA REPORTERS (June 8, 2021), four days after the ban, a large number of Nigerians were still tweeting, retweeting and quote tweeting through the use of Virtual Private Networks (VPNs). “These include prominent Nigerians and bodies such as religious, legal and media house practitioners [which] have also remained very much active on Twitter” the online publication reported.

It is to them that King speaks out from the past: “Therefore, the individuals who stand up on the basis of civil disobedience realize that they are following something that say that there are just and there are unjust laws.” Without neither raising their voices nor destroying government property, they are quietly mounting a conscientious resistance against a government that is bent on silencing Nigerians’ voices.

Vanguard newspaper (June 7, 2021) reported that human rights lawyer, Mike Ozekhome (SAN), berated Malami and pointed out that “he lacks the power to make laws through declarations or pronouncements, challenging him to build thousands of prisons for violators of the ban on Twitter.” While explaining that the National Assembly had not passed any law criminalizing using Twitter in Nigeria, he added: “We operate a constitutional democracy where things are done according to the Rule of Law and within our Constitutional organogram. We do not operate rule of the thumb or rule of men. [This is my] one kobo piece of advice to this clueless Government that spreads pains, agony, pangs and blood like manure of plants.”

These data reveal the massive following social media commands in Nigeria. The implication is that Twitter, Facebook, etc, have today become some of the most critical aspects of the overall lives of Nigerians. To callously tamper with them is tantamount to inflicting injury on one of the key arteries to the very heart of the country – most especially as the youth are the key players.

But it is heartening that the current brouhaha has placed Nigeria in the grips of a wave of growing civil disobedience never before witnessed in recent times. The fact that it is mainly happening on virtual space is also praiseworthy because that is the new playground of the future. “With this faith in the future, with this determined struggle, we will be able to emerge from the bleak and desolate midnight … into the bright light and glittering daybreak of freedom and justice.” These words of Martin Luther King Jr. should comfort and serve as a beacon of hope for us all.

HON BENI LAR, A HEROINE THAT HAS TOUCHED LIVES AND CHANGE THE FORTUNES OF MANY OF HER CONSTITUENTS – Dakup Finbe