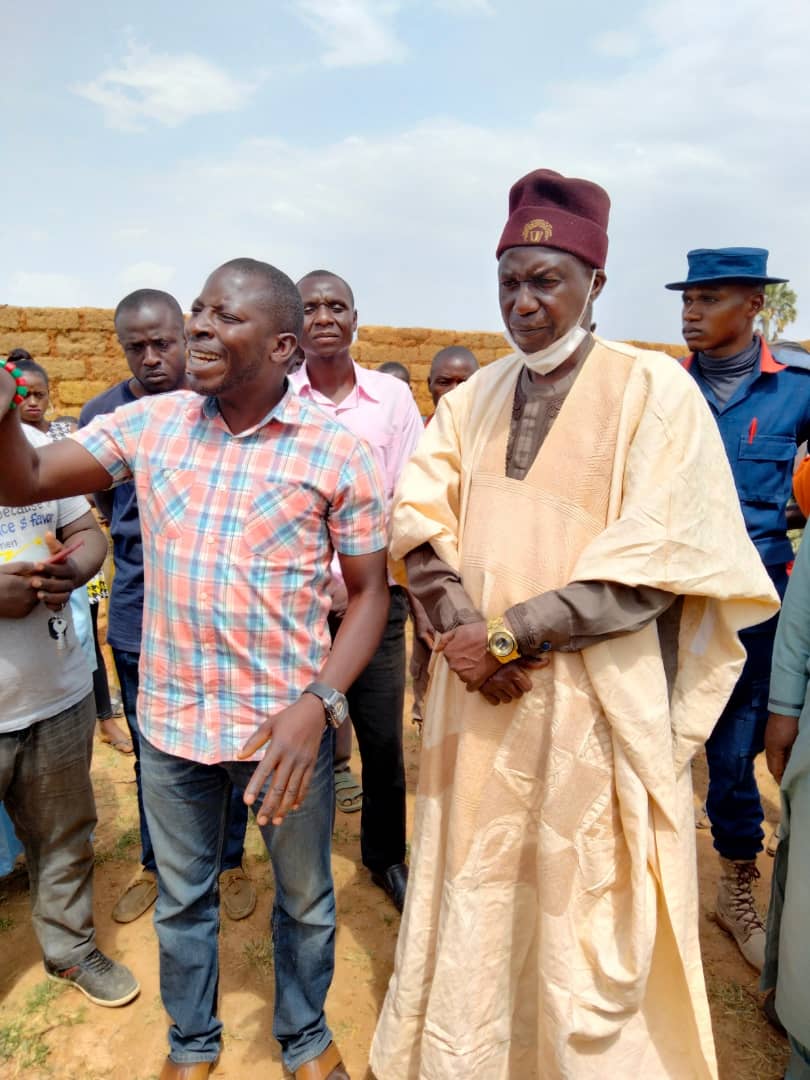 It would be recalled that the suspected Fulani herdsmen attacked the village on 19th July, 2015 and killed several persons including women and children as well burnt down the entire community.

However Senator Gyang in his effort to return the displaced community partner with the Ropp community, Berom Youth Moulders and other stakeholders in rebuilding Jong the displaced village.

The Senator had already provided 100 Bundles of Zinc Roofing Sheets, 1500 pieces of Wood Rafter and assorted Zinc Nails for the roofing excercise.

Gyang speaking through his Senior Legislative Aide Hon. Daniel Dem while presenting the items to the Dagwom Rwey Ropp, His Royal Highness Da Edward Gyang at Lobiring said the initiave to rebuild displaced communities by the Berom Youth Moulders aligns with his quest and repeated calls for the reconstruction of communities displaced by violent attacks across the nation, his constituency of Plateau North in particular, for the return of IDPs to their ancestral homes and habitat.

Senator Gyang recall making
similar gesture last year during the rebuilding of villages destroyed by violent attacks in Irigwe Chiefdom of Bassa LG, an initiative that was spearheaded by the Irigwe Youth Movement.

The Senator expressed concern that after his repeated calls on the floor of the Senate and personal visits to the National Refugee Commission, Ministry of Humanitarian Affairs, displaced communities in Plateau North are yet to receive the attention and intervention of the Federal government in the rebuilding and reconstruction of habitat for IDPs as has been done to other affected communities in the North East and of recent, the North West.

He is hopeful that with the current and on- going community effort by his constituents, the Federal government will step in to allay fears of neglect by the people.

The Traditional Ruler HRH Da Edward Gyang who narrowly escape being killed during the 2015 attacked was full of praises to the Senator for identifying with the people and taking steps to address their plight.

He further spoke glowingly of the Senator for his timely intervention to provide shelter for the IDPs ahead of the rains.

“I was part of those that narrowly escaped the attacked on the 19th July, 2015 here in this village, but we give God the glory for the effort of the BYM and Senator Gyang his intervention”.

Earlier the National President of the Berom Youth Moulders Association BYM Arc. Gabriel Sunday applauded the Senator for partnering with the BYM in rebuilding Jong village.

He assured the Senator that the rebuilding effort will be extended to other villages affected by the same displacement so that the people will once again return to their ancestral homes.

The community stakeholders, men and women were overwhelmed by the Senator’s thoughtful intervention. Some couldn’t held back tears of joy as the items were uploaded from two trucks making the dream of their return home realizable.