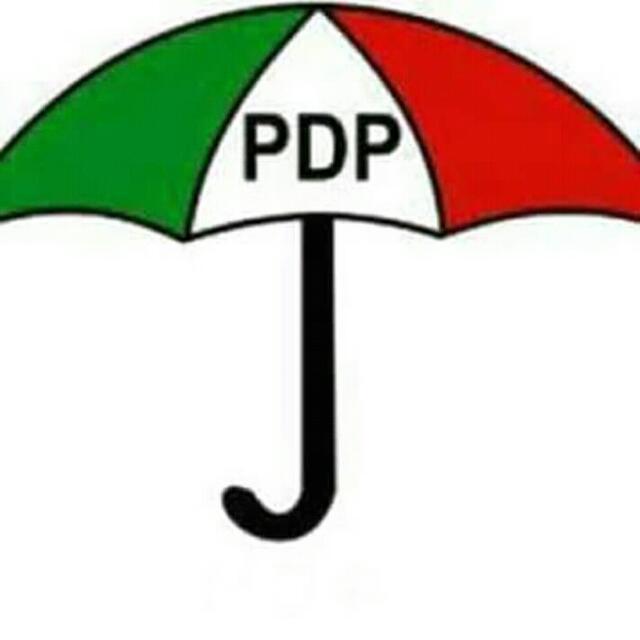 The PDP Caucus said it is more disturbed with the unabated attacks and killings in communities in Plateau State than such declaration by some Members of the ruling party.

It made it clear that the general public need to also know that the meeting that led to the pronouncement of Vote of Confidence on Governor Lalong was All Progressive Congress (APC) stakeholders meeting that was held on Tuesday 31st August, 2021 at the Victoria Gowon Multi-Purpose Hall, at Government House, Little Rayfield, Jos. PDP Caucus further disclosed that the meeting was not in Plateau State House of Assembly hallowed chambers as insinuated urging the public to discountenance it as not the resolution of the House.

The group called on Gov. Lalong and the security agencies to be more proactive in securing lives and property of the Citizens.

It also charged the Governor to also pay the medical Bills of victims of attacks as well as compensate those whose crops were destroyed in some communities in the State.

Since the publication of the vote of confidence on Governor Simon Bako Lalong was linked to the issue of insecurity that bedeviled Plateau State, we wish to request that you permit us to call for one minute of silence as a sign of respect to all those who lost their lives in the various attacks.

_May their souls rest in peace_. _Amen_

On the ground of insecurity in Plateau, we wish to refresh our memories by quoting Section 14 (2b) of the Constitution of the Federal Republic of Nigeria with alterations 2011 “the security and welfare of the people shall be the primary purpose of government”.

1.    *BACKGROUND*: It could be recalled that during plenaries from June 2019 to recent we have condemned the destruction of properties, crops, series of attacks and killings of innocent and peace-loving people of Plateau State in the following Local Government Areas viz Barkin Ladi, Bassa, Bokkos, Jos North, Jos South, Mangu and Riyom (Annexed – Legislative activities on security and related matters). On the same note, we strongly condemn the barbaric and dastardly attacks still on the people of Bassa LGA and travelers from Bauchi to Ondo as well as Students of University of Jos Community and people of Yelwa Zangam Community in Jos North LGA. As representatives of the people, we wish to affirm that there is no justification for such a heinous and condemnable attacks targeted against innocent people irrespective of ethnic tribe or religion. We offer our sympathies to the relatives of those who lost their lives in these attacks.

2.   *RE-PLHA PASSED VOTE OF CONFIDENCE ON GOVERNOR SIMON BAKO LALONG*: PDP Caucus in Plateau State House of Assembly is saddened with the present insecurity that has bedeviled our dear State the Home of Peace and Tourism and wish to continue to proffer lasting solution through quality representation, law making and oversight. Silence by the PDP Caucus of PLHA over the publication that PLHA passed a vote of confidence on Governor Simon Bako Lalong will be misunderstood by the public that gave us their mandate to represent them hence the need to put the record straight.

A.     The general public should be informed that PLHA is made up of elected Honourable Members from twenty-four state constituencies and technocrats saddled with the responsibilities to carry out legislative business for the development of Plateau State and Nigeria at large. These elected Members are under different political platforms. Honourable Members elected under the platform of PDP in PLHA were not part of the APC Stakeholders meeting that passed a vote of confidence on the Governor.

B.      For emphasis, the general public need to also know that the meeting that led to the pronouncement of Vote of Confidence on Governor Lalong was All Progressive Congress (APC) stakeholders meeting that was held on Tuesday 31st August, 2021 at the Victoria Gowon Multi-Purpose Hall, at Government House, Little Rayfield, Jos. The meeting was not in Plateau State House of Assembly hallowed chambers as insinuated.

C.     Honourable Members of APC extraction have the right to freedom of speech during association meetings just like the one held at Victoria Gowon Multipurpose Hall, the public need to be guided that all the statements made at the meeting don’t have any effect on the PDP Caucus of PLHA. The vote of confidence meeting was done by APC stakeholders not Plateau State House of Assembly. There are Legislative Procedures for passing a vote of confidence and the same procedure was followed to pass a vote of confidence on Rt. Hon. Abok Nuhu Ayuba on 24th December, 2019 and recently in July, 2021.

3.   OUR USUAL CONTRIBUTION TOWARDS LASTING PEACE IN PLATEAU STATE:

a.    Government should continuously implement resolutions and enforce relevant laws passed by Plateau State House of Assembly geared towards permanent peace in Plateau State considering the fact that peace is a panacea for development.

b.    Government should be funding Operation Rainbow to enable them conduct 24/7 intelligence gathering, analysis and rapid response.

c.    Government should fund regular security meetings at different levels that will provide a platform to review critical issues and mitigate any form of crisis in Plateau State.

d.    We throw our unshakable support towards strengthening Community Policing.

4.    CONCLUSION: We acknowledge the effort of the Governor for implementing some of the resolutions reached by PLHA. The Governor has identified with the people of Yelwa Zangam in Jos North Local Government Area. Plateau State Government also paid a similar condolence visit to the Brra Ngew Irigwe, Reverend Ronku Aka at Miango as part of PLHA resolution. We still call on the Governor to also pay medical bills of Plateau citizens that were/are victims of these terror attacks, pay compensation to families that are directly affected in this year’s attack and intensify strategy towards lasting peace in Plateau State. We wish to call on the peace, loving and amiable citizens of Plateau State to be law abiding, watchful, vigilant and report any suspicious attempt to security agencies.

Thank you and God bless us all.

Yours for Plateau People