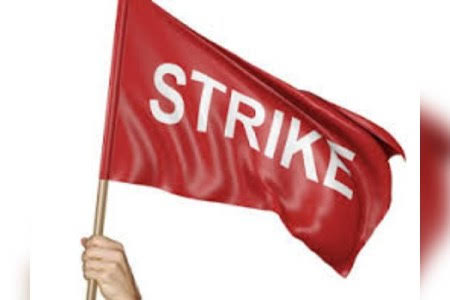 The Joint Union of the Academic Staff of Plateau State Owned Tertiary Institutions said it will embark on strike action on Friday following the refusal of Governor Simon Lalong administration to adhere to the agreement entered with the union.

The union said it would shut down tertiary institutions in the state with effect from Friday 17th September, 2021 if government refused to revisit the agreement before the said date.

State Chairman of the Joint Union, Comrade Lumye Innocent Simji, who briefed Journalists in Jos on Wednesday said the strike action would take effect except government implement the demands.

“We are going on strike this week Friday the 17th September, 2021. The reason is because we had an agreement with government on some looming issues but Government has failed in all the three aspects of the agreement.

“First of all was the issue of our salary consolidation. Sometimes in October last year we wake up and discovered that they just diconsolidated our salaries and this is a salary table that we had an agreement with government signed and they have been paying us with it.

“So last year, they said they want to implement minimum wage and they just diconsolidated our salaries into numerous part and just manipulated our table without any cost to government and say that they implemented minimum wage for us while our salary still remain the same.”

Simji said the leadership of the Union has written to government and had several meetings that often end without any fruitful result until the coming on board of the new Head of Service where far reaching agreement was entered.

“The coming of the new Head of Service, an agreement was reached and signed on three key issues. Consolidation of our salary, third party deduction and remittances which has to do with our Cooperative deduction, and Union dues and the State Health Contributory scheme deduction by the agency.”

He lamented how the Plateau State Health Contributory Management Agency commenced deduction from the salaries of his members without adhering to the agreement reached on the issue of the health contributory scheme signed into law by the Executive Governor of Plateau State, Simon Lalong.

“We have a copy of their enrolment document that says 45 days after enrolment, you are supposed to begin to enjoy health services. But they started deducting our salaries even before allowing us to enrolled, and this has been going on since January till date.

“Some schools have enrolled for the past two months while some are a little over 45 days now and were not given card that will grant them access to the health services to date; there is nothing to show that you have enrolled into the scheme.

“We also agree that couples who are both working in the State Government Civil Service. Only one person will enrolled so that the couples can have one party’s salary deducted. But we are having a situation where both couples are been deducted since January till date.

“We also agree with government that if you have your spouse in NHIS, you will be exempted from the State health scheme, but it has not been like that,” he narrated.

Simji added that, “On salary consolidated; they are supposed to come up with a table. But three months now we have not seen a table. So we don’t even know what they are using in paying us, you don’t even know the components of your salary.