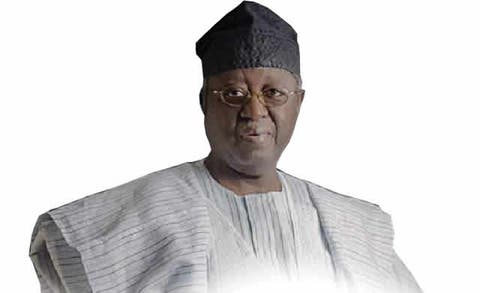 Former Governor of Plateau state Jonah Jang ,on Wednesday said that he is willing to lead a protest of Plateau people against what he termed the illegal impeachment of Rt. Hon. Abok Ayuba.

Jang in a statement made available to newsmen in Jos reads that “Having fought for democracy, as member of NADECO and later the G38, i am willing to lead a protest of Plateau people against the illegality that has been perpetrated at the Plateau State House of Assembly.

The statement reads that ” the unfortunate happenings in the Plateau State House of Assembly in the last couple of days calls for, not only the intervention of all well-meaning Plateau elders and stakeholders but, people of goodwill who love the State and hold it dear to their hearts.”

He added that “We are indeed witnesses to the drama which has engulfed the State Assembly simply because a section of the Government wants the Speaker out at all costs. While it is unfortunate that these individuals have put their primordial sentiments above reason, and would do anything including making a mockery of the Constitution just to achieve their selfish ends, we cannot fold our arms as the efforts the Plateau people have put to sustain the fragile peace is made nonsense of.”

“The removal of a speaker or change of leadership in legislative houses might not be new, but when the process is abused and goes against the provisions of the Constitution of the Federal Republic of Nigeria, the people must work together to ensure the stability of the House which, in any case, is made up of those they voted to represent them and work for their welfare and in their best interests.”

Jang further added that the Executive has tried, albeit unconvincingly, to wash its hands off of the disgraceful events in the House of Assembly but the more the Governor and his handlers try to spin a story around the issue, the more glaring it becomes that the six members who staged an impeachment are only acting out a script for the Governor, the hasty nature with which the Governor hurriedly received a ‘new speaker’ knowing full well, being a lawyer, that what happened was an aberration, speak volumes.
“Evidence has shown that the numbers required to carry the impeachment is not available to those desperate to remove the speaker, hence they have resorted to using undue force in pushing forth their agenda which is indeed, not only unconstitutional but, shameful.

He also added that Plateau is bigger than any individual, the aspirations of the people must not be trampled upon owing to the selfishness of a few.

The statement also reads that “This transcends party affiliation, it is a matter of safeguarding the Plateau heritage and guaranteeing the security and welfare of the people which, in all honesty, the government of the day has failed to provide.”

Jang who was also former Senator representing Plateau North in the National Assembly called on Youths to resist the temptation of taking laws into their hands as two wrongs can not make a right.

He said that “The Governor must listen to the voice of reason and restore normalcy in the Plateau State House of Assembly, the crisis bedevilling the Assembly has a way of spiralling to affect the lacklustre performance of the government which has already failed in discharging its responsibility to Plateau citizens. The interests of a few must not, therefore, be allowed to shatter the hopes of millions of Plateau people who deserve better .”

” It is on this premise that I call on Plateau elders to rise up to the occasion by prevailing on the Governor, Barr. Simon Bako Lalong, to demonstrate leadership for once by allowing the Honourable Members of the Plateau State House of Assembly to decide who their leaders are and even if the speaker were to be impeached, the members of the House be allowed to so decide; arm twisting the Assembly with a few members will further derail the government of the day as it staggers toward a directionless route.”

No amount of explanation will justify wrongdoing, it is unconstitutional for 8 out of 24 members to effect a change in leadership in the House, no matter how the Government goads them on. The Governor should know better as a lawyer, he must not allow the trappings of power push him to dig deeper into infamy, the prize he has earned for himself, with Plateau people, in seeking personal ambition over the collective welfare of the citizens.
Ordinarily, one would have thought that the Governor, himself, a former Speaker of the House of Assembly who was impeached, would have learned from the mistakes of the past and etched his name in gold but here we are, retrogressively marching beyond the dark days of our past.

Democracy has come of age in Nigeria and those of us who were in the trenches fighting for the return to democratic rule will not fold our arms and watch our labours washed down the drain by the egotistical pursuits of individuals who are only beneficiaries of what we were even jailed for by the military.

I want to use this medium, as I join my voice with those of other well meaning Plateau people, to call on the Governor to salvage the situation and restore normalcy to the House. We have become a laughing stock and we must put an end to the unconstitutionality playing out at the Plateau State House of Assembly.

Failing to do that, the Governor would not only have openly declared tacit support, as we are already sensing, to a breach of the constitution but would have gone ahead to brazenly show he sanctioned the comedy playing out in the House of Assembly.

2023: Akpobi Drums Support for Youths With Character to be Voted into Offices Across Political Parties