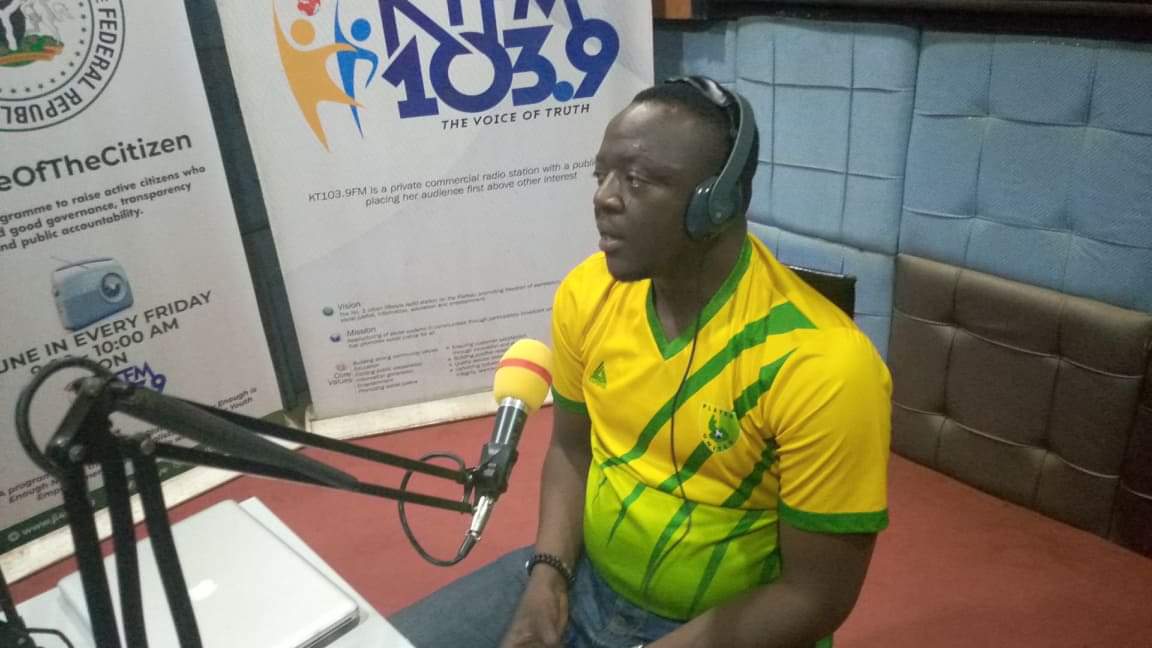 Nigerians have been urged to embrace the COVID-19 Vaccines with the assurance that the vaccines are safe and effective.

This admonition was made by a Political Scientist and Researcher from Plateau State, Mr. Mishael Nungkop as a Guest during a CITAD/MacArthur Foundation sponsored special COVID-19 Public Awareness Programme with the topic “how the youths can improve COVID-19 Vaccine uptake” on KT 103.9 FM Jos.

Mishael hinted that misinformation is one of the factors responsible for the high level of hesitancy and poor uptake of the COVID-19 Vaccines especially in developing Countries, urging the public to always verify the authenticity of the information they received instead of taking them hook, line and sinker.
He also decried the lack of accountability and transparency on the part of government at all levels concerning the COVID-19 Pandemic and the Vaccines which he said brought about mistrust by the citizens that has adversely affected the uptake of COVID-19 Vaccines due to their negative perception.
He said having received the COVID-19 Vaccination, he came to the realization that all the propaganda against the vaccines were fake and misleading.
“Reflecting back on previous vaccines I have taken in the past made me know that mild reaction is expected, it is normal to experience mild pains as it is the case with other vaccination in the past”
“It is important to have people who have taken the vaccine to come out and speak to those who are yet to take and may be undecided on whether to take or not”
“There are people who will never take the COVID-19 Vaccines just as it was the case with people who rejected the polio and other vaccines but end up facing the consequences” he hinted.

According to him, youths who are majority of the Nation’s population have critical roles to play in creating awareness and sensitizing their peers and other members of the society about the COVID-19 Vaccine to achieve increased uptake so that the people will not go down with the dreaded virus.
He said the role of the youths in this regard cannot be overemphasized looking at their numerical strength and being the most users of the social media where information are being disseminated.

He decried how young people disseminate fake information on the COVID-19 Vaccines instead of going the extra mile to verify from health experts and authorities.
According to him, most people believe anything they see or hear on the social media without knowing the implication if such information are untrue.
He said there are medical personnel who are also mischief makers engaged in circulating fake news about COVID-19 Vaccines, a situation he described as worrisome as it has affected the perception of the public about the Vaccines.

He called on government to create some forms of incentives for young people who are influential to motivate them to take the COVID-19 Vaccines and also influence others to take same as well as disseminate the right information to the public.

He concluded with a call on people and organizations (Civil Society and religious organizations) with platforms and youth wings (units) to use same and hold seminars if need be to promote the COVID-19 Vaccines.