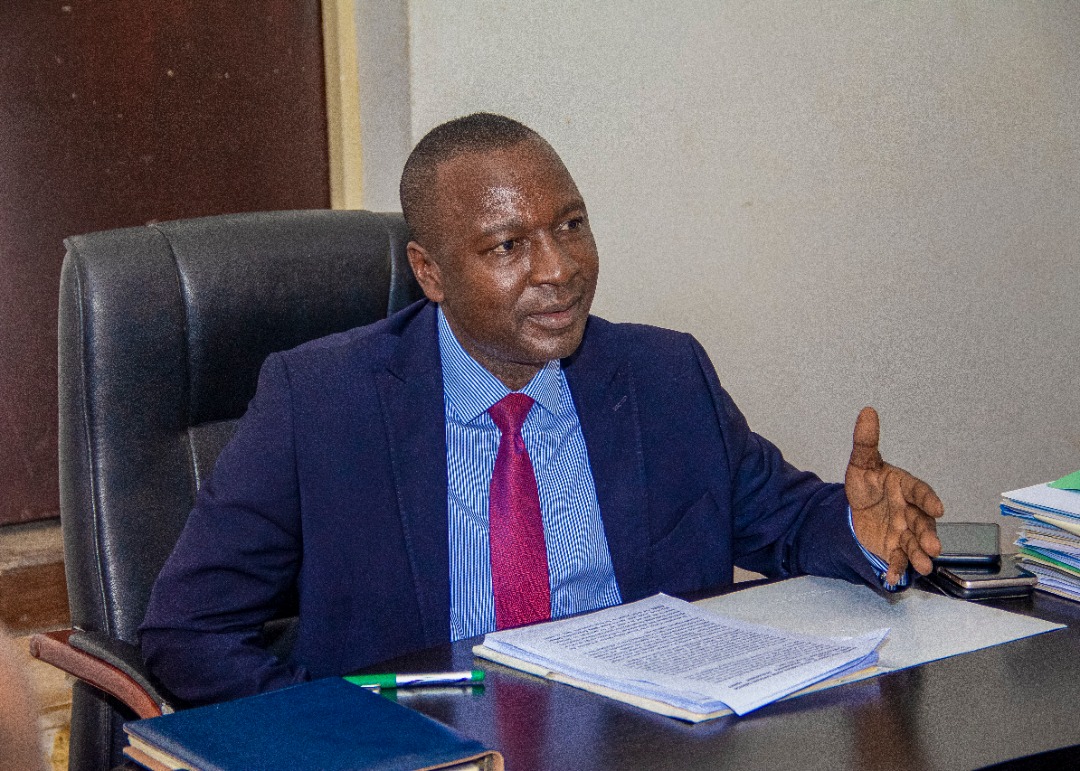 The Pioneer and outgoing Director-General of the Plateau State Microfinance Development Agency (PLASMIDA) has hinted that the agency under his watch has empowered over 100,000 persons in Plateau State since its establishment with SMEs track records during the MSMEs national awards in the year 2018, 2019 and 2020.

This was contained in the handover statement as Mr Haggai Gutap passed on the mantle of leadership to Mr Wuyep Bomkam Ali as the New Director-General of the Plateau State Microfinance Development Agency (PLASMIDA) following the recent appointment of Mr. Haggai Haruna Gutap as the Technical Administrative Head of the State COVID-19 Action Recovery and Economic Stimulus (CARES) Coordinating Office.

It will be recalled that in compliance with the Nigeria COVID-19 Action Recovery and Economic Stimulus (NG-CARES) Programme, Plateau State Governor, Simon Bako Lalong had earlier approved the setting up of the State CARES Steering Committee to fast track the implementation of the programme in three result areas aimed at reducing the negative effect of COVID-19 on households and MSMEs in the State, thereby appointing Mr. Haggai Haruna Gutap as the Technical Administrative Head given his track records and commendable strides as pioneer Director-General of the Plateau State Microfinance Development Agency (PLASMIDA).

Mr Gutap today at the Corporate Headquarters of the Plateau State Microfinance Development Agency (PLASMIDA) at Liberty Boulevard Jos, Plateau State while handing over to the new Director-General, was full of appreciation for the opportunity granted to him by the state Governor to serve as the pioneer Director-General of PLASMIDA for a five-year tenure.

He said “In Nigeria today, the Micro Small and Medium Enterprises (MSMEs) sub-sector cannot be mentioned with Plateau State in isolation- no wonder my governor is known among his colleagues as the MSMEs Governor simply because of the outstanding performance of the state in the MSMEs space of our great country Nigeria.”

He said “the establishment and activities of PLASMIDA over the years has changed the narrative in Plateau, especially from an acclaimed civil service state to a business haven, PLASMIDA has developed skills, provided financial literacy, Entrepreneurship training, linkage to finance and markets and provided coaching and mentoring services to the esteemed entrepreneurs of the state. All of these and more the agency is still doing to foster an industrialised state to bequeath a legacy to reckoned with.

He also said, “On assumption of office as the pioneer Director-General of PLASMIDA, the agency was able to study the environment on the Plateau, brought up practical solutions to addressing the unemployment, poverty and financial illiteracy that existed in the state and as a result, we ( the agency) put up deliberate programmes among which was the Simon Lalong Empowerment Scheme (SLEMS)”. “The SLEMS programme has three components: Skills acquisition, Entrepreneurship Development and training which has helped addressed the skills and knowledge that exist among entrepreneurs in the state. We have implemented this programme in 4 phases which has touched directly over sixty thousand (60,000) beneficiaries benefiting from this laudable intervention of government”.

He further stated that under his watch, the Agency has seen the successful implementation of the MSME survival fund where over 38,000 beneficiaries benefited in Plateau state from the five components of the fund-ranging from Artisans/Transport grants, payroll support, Business formalization, Guaranteed Off take and General MSME grant.

“Not forgetting the strong collaboration with the German International Corporation (GIZ) over the years and “the support from the good people of Plateau state, our partners, the media and other key stakeholders”.

He admonished the incoming Director-General to put in his best on the assumption of duty so as to deliver on the core mandates of the Agency and the Ideals of the Rescue Administration. He further called on the staff to extend the mutual relationship that existed during his stay to Mr Bonkam for the sustenance of all the gains achieved thus far.

The New Director-General of the Plateau State Microfinance Development Agency (PLASMIDA) Mr. Wuyep Bomkam Ali, said he was grateful to Governor Simon Lalong, for finding him worthy of being appointed as the new Director-General.

Mr wuyep said he was confident that he will follow in the footsteps of the outgoing Director-General by driving the Agency to further achievements with the support of the staff and people of Plateau State.

BE-iT COHORT TWO: A VISTA OF HOPE FOR THE AFRICAN YOUTH