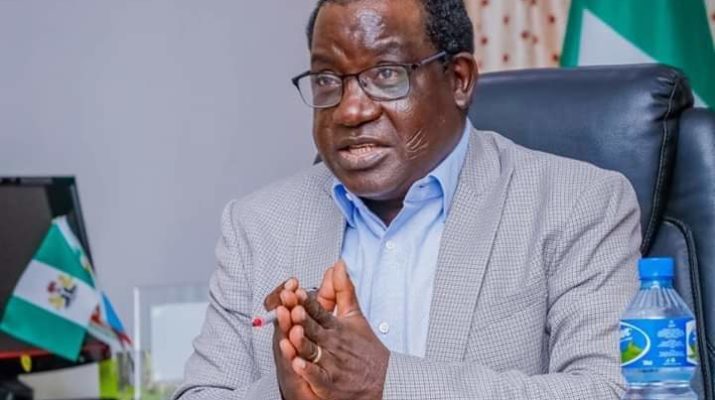 The National Coordinator of Prayer Force Network, Amb. John Pofi has berated the Governor of Plateau State, Barr. Simon Lalong describing him as inactive and a sellout following the killings of scores of persons in separate attacks in Dong Community in Jos North LGA & Kwi Community of Riyom LGA.

Amb. Pofi commiserated with the immediate families of the fourteen persons who lost their lives in an avoidable circumstances.

He said based on information received, fourteen persons were gruesomely murdered in the same night of 23rd of May, 2021 in Dong village, adjacent Jos Wild Life Park and Kwi village, adjacent Yakubu Gowon Airport, Heipang, women and children inclusive.

“Shortly after, the attacks were carried out successfuly and the security forces were no where to be found. This is a pathetic situation where citizens are left to their fates despite early warnings”

“Sometimes I wonder why we are like this. Threats to lives and property were earlier sent, yet it still happened, terminating the promising and innocent lives of women and children who don’t know anything about the war”

“Plateau State is one of the ” governorless states” in Nigeria, that is why our governorless Lalong could not do anything when the alert was raised”

“What is wrong in the governor of Plateau State going to meet the Chief of Defence Staff or the Minister of Defence to mobilise more security forces to the state? What stops him from engaging the state’s police commissioner and the commandant of Operation Safe Haven to mobilise personel to flash points before the incident happen?”

He posited that it is sad and pathetic that people will see their deaths coming and there is nothing they can do about it.

Amb. Pofi disclosed that without fear of being contradicted, nothing will happen to the perpetrators, as they will go down as unkwon gun men as usual.

“When we say Nigeria is a failed state, supporters of the present administration who are benefiting from the rot will call us pessimist but that will never deter us from saying it as it is”

How long can we continue to loose valuable lives carelessly just like that?

He said human life is no longer valuable in Nigeria, it is so cheap and valueless.

He called for thorough investigation into what happened in Plateau State to avert future occurrence.

“If the governorless governor Lalong can longer take care of his people as it is being peddled in some quaters, he should give way and stay aside”

“Plateau people are tired of mourning as they say with one voice, ” enough is enough. ” he concluded.