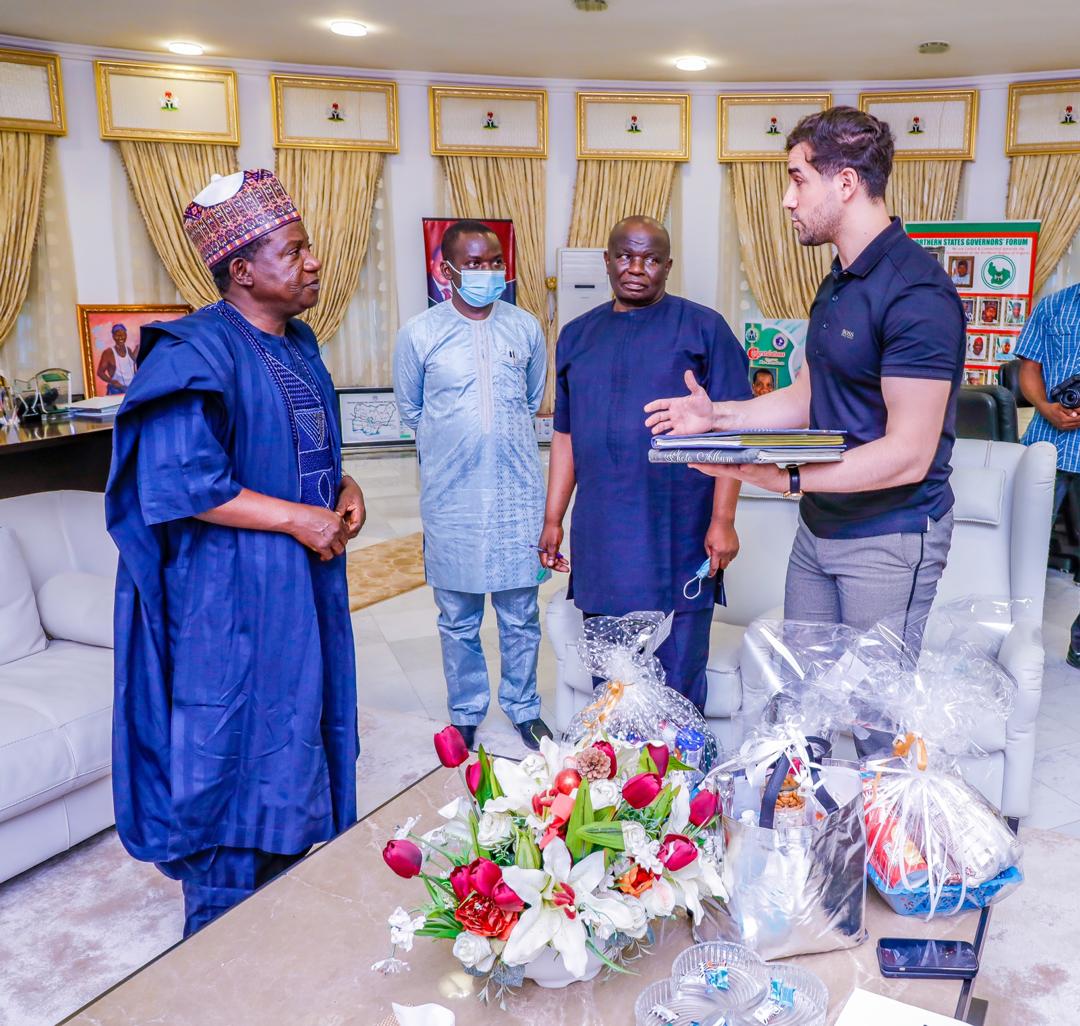 A Jos-based investor and entrepreneur Mr. Ellio Faddoul of Derby Farming and Agro Allied located at Lamingo, Jos has visited Governor Simon Bako Lalong to give him the progress report of his plans to commence the production and export of flowers to Europe soon.

Mr. Faddoul told the Governor that his farm has trained and hired experts from within the country and Kenya to ensure that the farm achieved its goal within the shortest possible time.

He said he was at the Government House to also appreciate Governor Lalong for his efforts towards restoring peace and security in the State which has made it possible for his company to remain in the State even against pressure to relocate based on unpalatable security experiences of the past.

He said the company has not only remained, but has expanded especially with the production of exotic fruits and the venture into flower production which is in high demand in Europe and other parts of the world. He said over 100 workers are now employed in the farm alone.

Faddoul also informed the Governor that his company has also convinced the Management of Dominos Pizza to establish an outlet in Jos and construction is about to start.

Governor Lalong appreciated the entrepreneur for his resilience in sustaining the family business in Jos after the demise of his father who stayed and invested in Plateau State for many years.

Lalong said the initiative to begin flower export was in line with his vision for boosting the economy of the State by returning to businesses that Plateau State was renown for in the 60s, 70s, and 70s. He said Plateau was the only State in Nigeria that exported flowers and other exotic fruits because of it natural climate and weather conditions. This he said was behind his visit to Kenya last year.

The Governor informed Faddoul that President Muhammadu Buhari has already approved the designation of the Yakubu Gowon airport Heipang as one of Nigeria’s cargo airports and work will soon commence for its upgrade.

He assured the businessman that the Government will continue to provide conducive environment for investors to do business in the State and assist in reducing unemployment and joblessness.