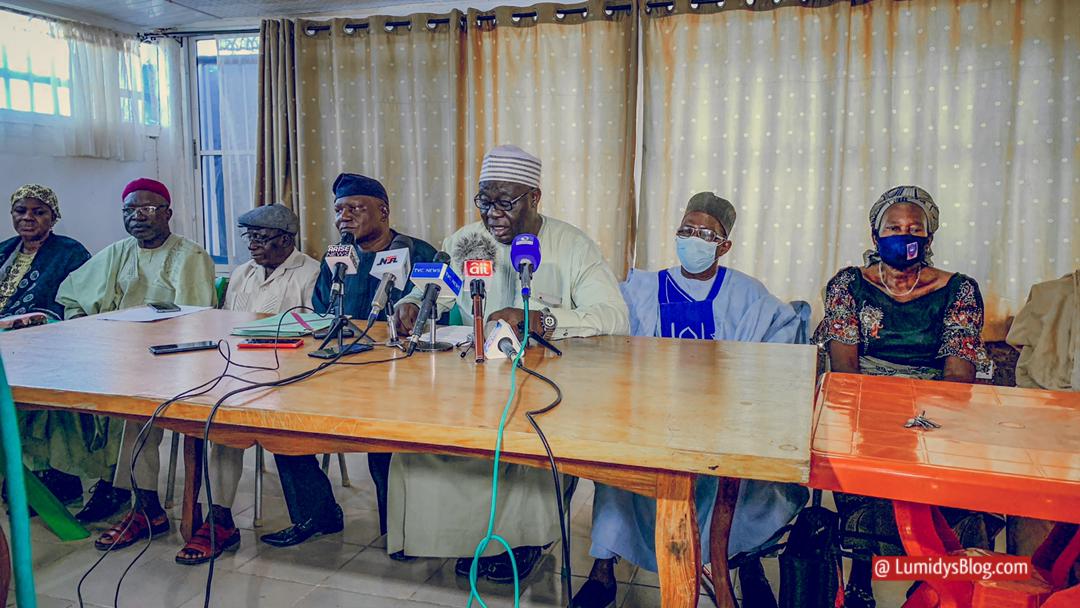 The All Progress Congress (APC) Elders Council in Plateau State under the leadership of Chief Capt. Joseph Din (Rtd) has expressed its deepest grief over the unfortunate attacks, killings of persons and destruction of property including farm crops in Riyom, Miango in Bassa LGA and Yelwa Zangam in Jos North LGA of Plateau State.

While commiserating with those who lost loved ones, the Council stated that the State has a long standing history of hospitality, receptive disposition and peaceful coexistence with all citizens irrespective of their inclinations and in love with one another.

The Council enjoined the rescue administration to revisit its transition Committee report in order to identify those citizens that were trained abroad on security and intelligence gathering by the last administration and reabsorb them into the Operation Rainbow to complement the recently trained Three Thousand (N3,000) vigilantes.

In a Press conference by Elder Arc. Pam Dung Gyang, the group disclosed that the State has people of good culture, guided by excellent values and norms.

The group empathized and sympathized with the Berom Nation, Irigwe Nation, the families of the Rukuba Road attacks, the Anaguta Nation, the fulani Nation and others who lost their loved ones due to the senseless killings.

It called on the security agencies to present perpetuators of the killings for immediate prosecution so that justice will be served to affected persons.

The Council charged the citizens of the State to eschew bitterness and embrace peace while frowning at the uncultured way with which the corpses of dead victims were mishandled.

“The Council wishes to call on all its citizens including politicians to refrain from influencing and encouraging citizens to resort to self help; this when encouraged will allow for proliferation of arms in our society with attendant negative consequences in the near future” the Council posited.

It appealed t the Federal Government to urgently redeem the Ten Billion Naira (N10,000,000,000) pledge it made to the State for the rebuilding and resettlement of persons displaced in the Stated to reduce their humanitarian challenges as well as reconciliation process.
It also charged the Ministry of Humanitarian Affairs and the National Emergency Management Agency (NEMA) to provide humanitarian assistance to victims in a timely manner.

It further urged security agencies to step up their intelligence network to unravel the unknown gunmen in the society saying if that is done it will bring an end to the killings of innocent citizens.
It appreciated Members of the National and State Assembly for standing with the Governor and Plateau State in this trying moment while calling on the citizens to accord the necessary support to the peace building efforts of Gov. Lalong.

The Council lauded the Chief of Defence Staff for visiting the State to assess the extent of damages and holding meeting with the people to foster peaceful coexistence and harmonious living in the State.