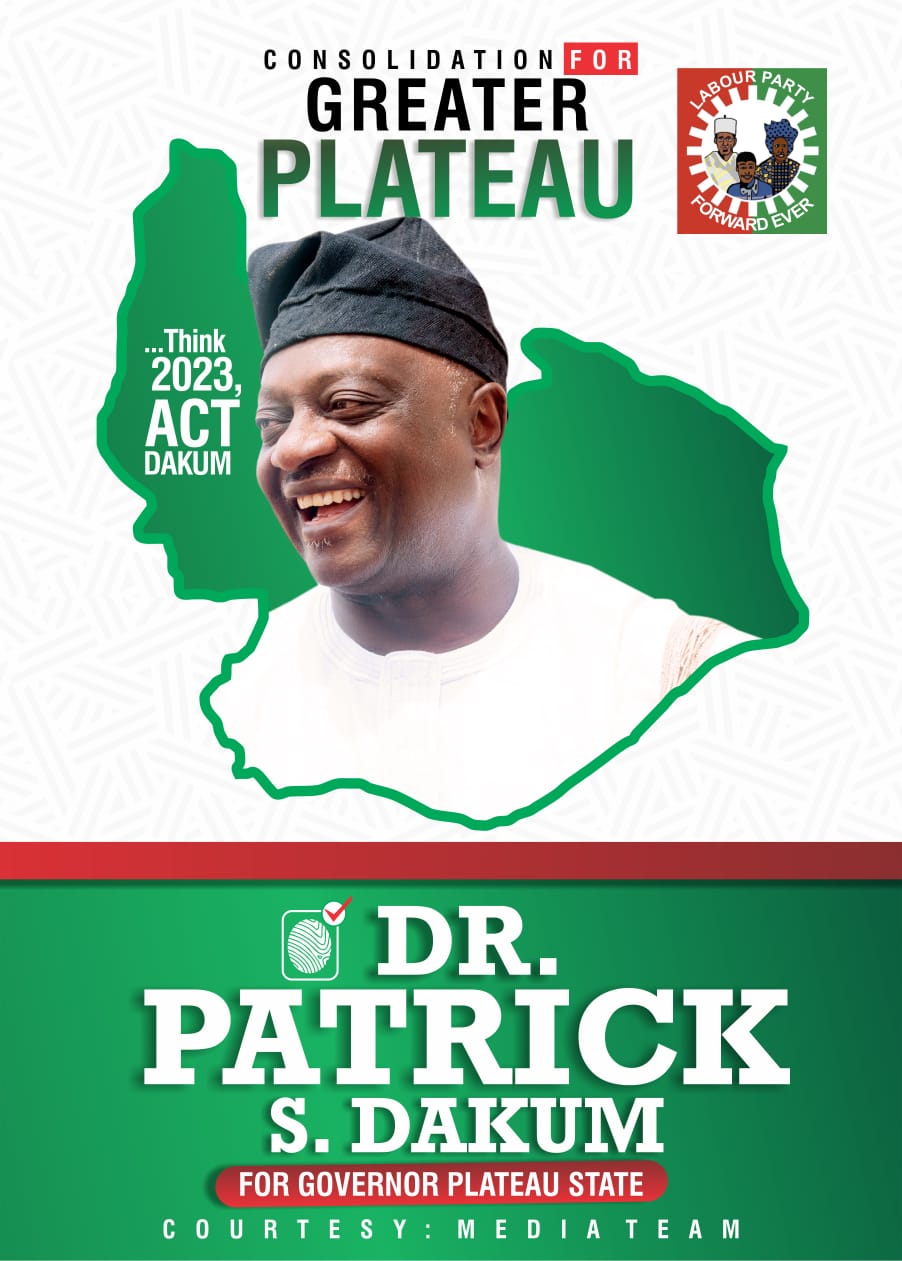 Dakum made the assertion on Friday at Kent Palace Hotel, Jos Plateau State capital when he emerged as gubernatorial flag bearer of the Labour party in 2023.

In his words:” I respect all the governorship candidates because they are good but Labour party candidate is excellent.

” We are more determine to emerge victorious in all elective positions in Plateau and Nigeria as a whole come 2023 as we are working round the clock to set a formidable structure”, Dakum mentioned.

He charged all Labour Party loyalists to focus on issues based campaign and eschew violence and vulgar languages.

Recall, the national Secretariat of Labour Party has issued a circular demanding the conduct of party governorship primaries across 12 States including Plateau.

In another development Plateau state chapter of Labour Party has denied complicity in the arrest of Ambassador Yohanna Margif over any matter related to the political party in the interest of anybody.

The rebuttal was made by the public relations officer of the party in Plateau State, Mr. Awara James Adara to Newsmen in Jos on Friday 5th June, 2022 at the party secretariat.

Adara hinted that at no time did the Labour party in Plateau State contemplate or directed any police officer to arrest Amb. Yohanna Margif or any of its members for any political reason or any in-coming members.

The PRO urged lovers of the Labour party to disregard such statement making rounds in the social media being promoted by the APC and the PDP for fear of the rising profile of the Labour Party in Nigeria in general and Plateau state in Particular.

We urge Labour Party members to remain calm as it is doing everything possible to ensure victory at the 2023 general elections.