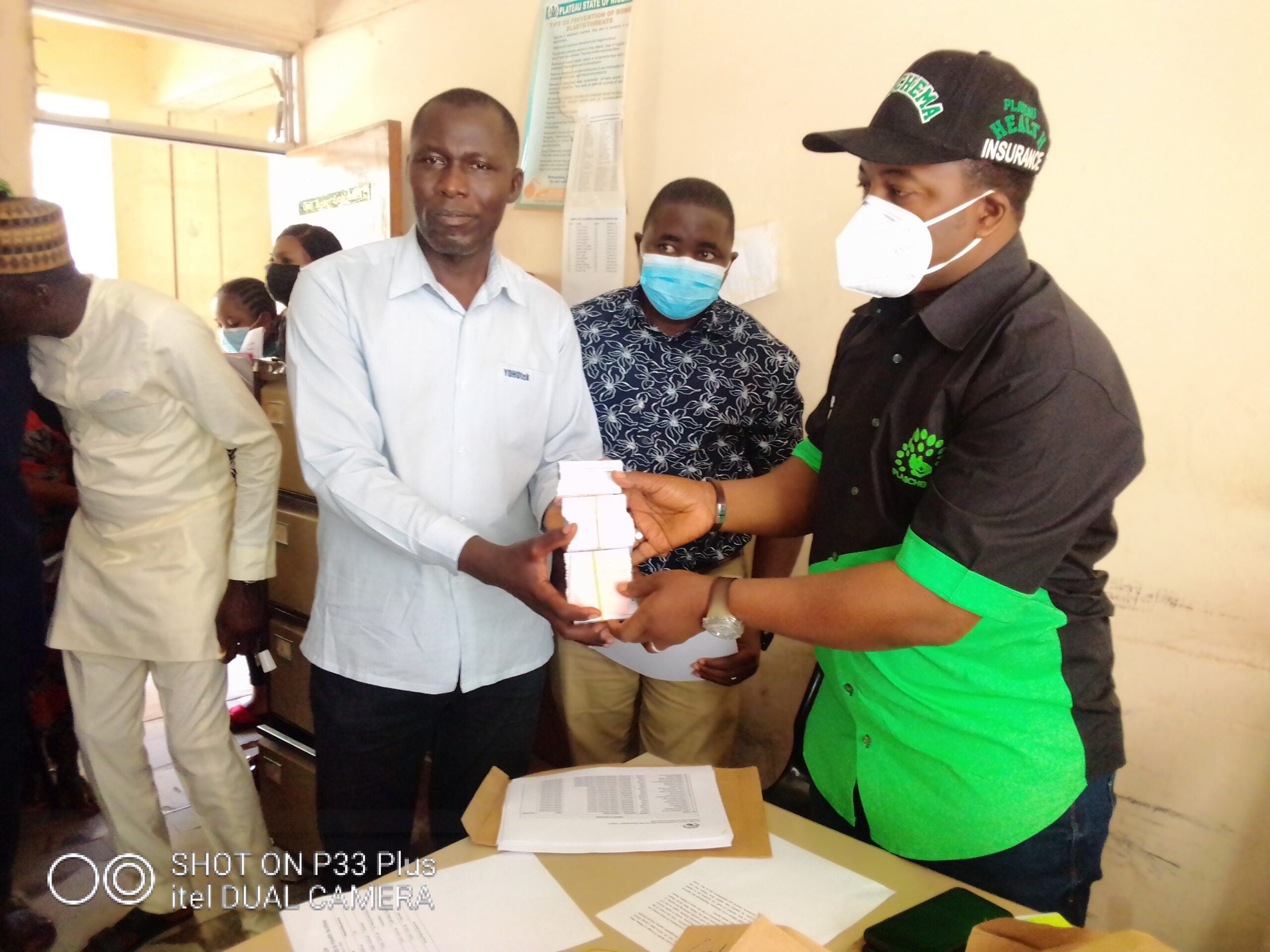 By Pam Moses and Jwan Panshak

The Plateau State Contributory Healthcare Management Agency PLASCHEMA has on Thursday distributed a total of 1,356 access health care Identity cards for civil servants to enjoy health services from different ministries of the State

The Director General of PLASCHEMA, Dr. Fabong Jemchang while presented the Access card to the civil servants at the Cabinet office, state secretariat on Sunday said the purpose of the visit and presentation of the cards is to enable registered staff have access to health care services.

He said the State health care Agency officially flag off the distribution of 1,356 cards known as “Plateau health card” to people in the formal sector who have chosen facilities to access the state social health insurance scheme services.

Dr. Fabong said “at the point of enrollment some did not choose facilities so we created a portal for them to choose facilities and using the numbers they enrolled with and we have printed 1’356 cards for the first batch” to plateu citizens to have access to health care services”

Dr. Fabong added that the State Government under the rescue administration of Governor Simon Lalong has provided massive social responsibility in creating a social net called the PLASCHEMA.”

“In his effort towards achieving universal health coverage, the Executive Governor of Plateau state Barr. Simon Bako Lalong, also the chairman Northern governor’s forum created the PLASCHEMA two years ago but assuming office in September 2019, basically our function is to identify where this resources are and do what we called resource mobilization, risk pulling and then strategic purchasing and service delivery. And today we flagged off access to care on the 27 April at the Seventh day Adventist Clinic in Jingre today we are here for just something simple, to distributes card to people who have selected their facilities.

“All enrolled staff are to present themselves to facilities which they have chosen for data capture thereafter open file with the facilities to access health care which is promotive preventive, curative and is rehabilitative in nature.

Jemchang thank ministries and agencies that believed in the scheme, and promised that with the constant contribution at the agency they will offer nothing less than the best.