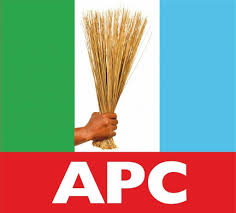 The All Progressive Congress APC Plateau State Chapter has on Monday described as baseless the allegations that the party has perfected plans to rig the forthcoming elections in the state, saying the PDP allegation is not only laughable but totally bereft of substance.

APC State Publicity Secretary
Hon. Sylvanus Namang in a Press Statement signed and made available to Journalists in Jos said the party would have ignored the allegation as one of the daily rantings and lamentation by the wailing PDP in the state but have to put the records straight.

“The attention of the APC in Plateau State has been drawn to a baseless and wild allegation against our great Party and its governorship candidate, Dr.Nentawe Yilwatda Goshewe by the long drowned Peoples Democratic party in Plateau state.

“The allegations that our party in concert with a staff of the Independent National Electoral Commission in the state, Mahmoud Umar who heads the ICT directorate have perfected plans to rig the forthcoming elections in the state is not only laughable but totally bereft of substance.

“The ailing PDP is alleging that Mahmoud Umar who served in the same capacity under Dr Nentawe while he was INEC Commissioner in Benue State has been redeployed to Plateau State ahead of next year’s election to rig the election in favour of the APC.

“We would have ignored the allegation as one of the daily rantings and lamentation by the wailing PDP in the state but have to put the records straight because this is a dangerous insinuation which is capable of casting doubts in the mind of the electorate.

“We hasten to say that the PDP in Plateau state is so frightened by the surging popularity of the APC gubernatorial candidate which it had tried to no avail to discredit. This brand new allegation, to us, amounts to conceding defeat ahead of the elections hence the need to build confusion in advance.

“The fact that there have been some movement of staff within INEC does not in any way mean that the APC is behind such an exercise more so when it is not peculiar to Plateau state.

“More dangerous aspect of the allegation is its linking the transfer of the staff to collection of PVC by the office of the Secretary to the Government of the State from “innocent, ignorant and desperate job seekers in exchange for employment” which is an insult on the collective psyche of the electorate who have been cheapened by such spurious allegation.

The Statement added that the outcry by the PDP is is not surprising when viewed against the the backdrop of the confusion and crises running the party aground both at the state and national levels.

Hon. Namang pointed out that the electorate, particularly in Plateau state know that the PDP is in total confusion and therefore not ready for the forthcoming elections.

“The PDP erroneously believes that the best way to remain visible and relevant is to continue to raise false alarm with the sole intent of maligning and blackmailing the APC which has remained focused and unperturbed by their futile distraction.

“Let it be stated for the umpteenth time that the APC will not succumb to cheap propaganda or blackmail by a drowned opposition Party such as the PDP.

The APC Statement however calls on its teeming supporters and the electorate to disregard the allegations by the PDP as it is typical of a frustrated political party that has lost focus and relevance.