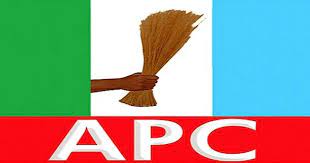 With few days left to the primary elections of the APC, the battle for the chairmanship position of Pankshin LGC has heightened.

In that regard, opinions have been sampled with grass root based research conducted and the chances of the candidates vying for the position are analysed.

Comments and opinions have also sprung up regarding the aspiration of the current commissioner for higher education Mr. Audu Kakmena. Opinions gathered suggest that the commissioner’s aspiration is not welcome by the people of Pankshin LGC and that therefore, place him on a disadvantage side. Though some stakeholders because of their interest are giving the impression that the governor is the one who asked Mr Kakmena to contest, the Youths are vehemently against it and have promised to show him the exit door through the ballot in the primary elections. The commissioner is being lambasted by many for resigning his appointed position as commissioner to contest for chairmanship. They further said that the commissioner has underperforme as commissioner and therefore, does not deserve to fly the party ticket because selling him after primaries will be a herculaneum task.

Furthermore, another candidate who has suffered the same fate as that of the commissioner as mentioned above based on feelers across the LGA is Hon. Golbe Npom, the current Personal Assistance to the senator representing Plateau central in the national assembly. The comments suggest that senator Hezekiah Dimka has failed so far as senator and Hon. Npom being his Personal Assistance has also failed and does not deserve to be the chairman of Pankshin LGC. Another fate that befalls Golbe Npom is the fact that the “failed” senator has a governorship ambition and by extension, Golbe’s aspiration is in preparation to the senator’s gubernatorial ambition and that, they say will not be possible.

Conclusively, Rotshak is the most popular and accepted candidate while almost the same fate speak for the trio of Hon. Audu Kakmena, Hon. Golbe Npom and Hon. Gabriel Abafaras. Therefore, Youths, Women and elders have resolved to vehemently reject any form of imposition and have promised to be violent if any form of imposition/rigging is noticed. They advise government to be just in the process and let the popular candidate emerge as winner.

In a free and fair contest, Rotshak Gideon Yokden stands a better chance of clinching the ticket given that his efforts so far in the contest is unquantifiable.